2010 Salary Survey Results: As measures, reporting grow, so does the need for QI

The health care industry is in a state of flux, with many changes coming in the near future with health care reform, but many of the specifics still are unknown. On the whole, that may make this a great time to be a health care risk manager, says Michelle Hoppes, RN, MS, AHRMQR, DFASHRM, president-elect of the American Society for Healthcare Risk Management (ASHRM) in Chicago, and president and CEO of Patient Safety and Risk Solutions in Grand Ledge, MI.

Hoppes recently queried the ASHRM board members on behalf of Healthcare Risk Management and found that most were optimistic about the career opportunities for risk managers in the coming year.

"There's a consensus that this is a pretty good time to be a risk manager," she says. "With everything happening in health care  increased regulatory activity, health care reform, pay for performance, demands for quality and patient safety  they've all come together to highlight the importance of the risk management field."

The economy has affected risk management along with all other health care disciplines, Hoppes says, and that means tighter budgets and more competition for scarce resources. Some risk managers report having to work without assistants, while some hospitals have been folding the risk management role into other departments. Still others have had the risk manager focus on patient safety while outsourcing claims management, she says.

Risk managers who are leaders in their organizations, not only controlling financial losses but also demonstrating the return on investment for risk management, are in very high demand, Hoppes says. The changes facing the health care industry only make those risk managers more valuable, she says.

"Particularly for those risk managers who become subject matter experts in these complicated issues, I think there are going to [be] ample opportunities," Hoppes says. "I actually heard someone refer to health care reform as 'the risk manager's full employment bill.' I think that's true."

To make the most of the opportunities, Hoppes advises risk managers to continue improving their skill sets and seeking the credentials that will mark them as valuable additions to the health care organization's senior leadership team. Enterprise risk management and data analytics are in high demand right now, and those are not skills that risk managers have typically had in the past, she says.

"The nontechnical aspects also are important," Hoppes says. "The ability to collaborate, build teams, and work together  these are all skills that are going to be more and more important. Risk managers need to excel in communication and presentation skills."

An experienced recruiter agrees with that assessment. Risk managers seeking to optimize their career opportunities are going to have to continue improving their resumes, says Brad Ellis, a partner and health care division leader with Kaye/Bassman International Corporation, an executive recruiting and placement firm based in Dallas. He previously worked in health care at HCA, the large health system based in Nashville, TN. Ellis regularly places risk managers in hospitals, and he says employers are getting picky.

Even though there are plenty of opportunities in the risk management field, the competition also is heating up for those jobs, he says. Advanced certifications are a big draw for employers now, Ellis says. At a minimum, he says, risk managers will need a CPHQ (Certified Professional in Healthcare Quality) or CPHRM (Certified Professional in Healthcare Risk Management), Ellis says.

In particular, many employers are now demanding a clinical background for applicants in risk management and compliance, he says.

"If you are not coming from a physician or nursing background and you're planning on changing jobs in the next three to 15 years, you'd better be going back to school and getting the certifications and the nursing degree," Ellis says. "Once you leave your position and go to change jobs, we're asked to weed out those without the clinical background, and then we're asked to present only the ones with the certifications."

The demand for a nursing background is particularly high when risk managers take on compliance roles. Ellis recently had a candidate come across his desk who had been working in health care quality and risk for 10 years, and Ellis had personally worked with him at HCA and could vouch for him. On paper, the person looked like an excellent candidate for a compliance officer position he was trying to fill at a hospital.

"He was a perfect fit in terms of experience, salary, job location, everything," Ellis says. "But because he's not a nurse, he was immediately disqualified. The nursing degree is super critical now."

The path to a successful career in risk management is clear, but not necessarily easy, Ellis says. Even if you are comfortable in a hospital compliance position now, Ellis says you would be well advised to build your worth to your current employer, because you never know when someone else will come along with better qualifications. Look for every opportunity to save money for the hospital, Ellis says, because ultimately that is what matters most to many hospital leaders.

"The more you can learn about all the various ways that regulatory bodies are putting more requirements on hospitals regarding quality assurance and fraud prevention, the more you are putting yourself in a position to succeed," Ellis says. "You keep a hospital from losing several million dollars, and you are gold to that organization. You've established yourself as someone who they will want to keep around for a while."

Income on the rise for risk managers

The struggling economy is reflected in the 2010 Healthcare Risk Management Salary Survey, which shows that income is holding steady for those risk managers who still have a job, ending the increases of the past few years.

The exclusive 2010 Healthcare Risk Management Salary Survey was sent to about 1,200 readers in the June 2010 issue. A total of 64 were returned, for a response rate of 5%. The results were tabulated and analyzed by AHC Media, publisher of HRM.

Thirty-two percent report that their salaries had not changed this year, and one reader reports a salary decrease in 2010. 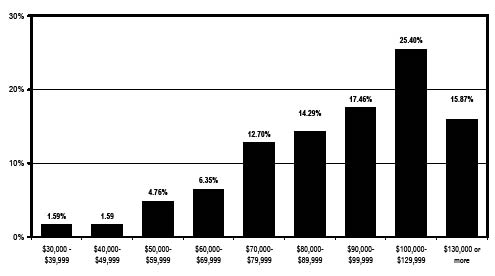 What Is Your Annual Gross Income from Your Primary Health Care Position? 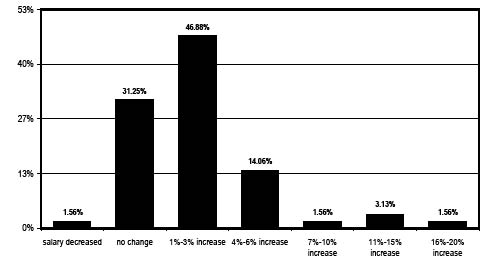 In the Past Year, How Has Your Salary Changed? 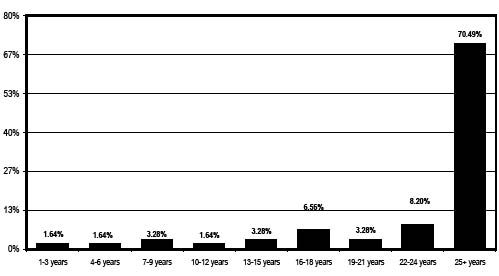 How Long Have You Worked in Health Care? 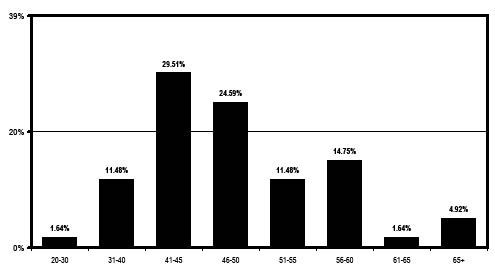 Avoid being seen as the enemy