Needlesticks, blood exposures falling everywhere but in the OR

How to Improve the Quality of Case Management Departments through Staffing, Part 2

For Cheryll Collins, the moment of fear didn't come with the sharp prick of a needlestick. It was a sudden splatter of blood  a mere drop in the eye. From a patient with end-stage AIDS and hepatitis C.

Collins worked in the busy ICU of a large medical center. The patient had just been taken off a respirator. "There were several nurses in the room," she recalls. "The patient hadn't been combative up until that point. I placed the IV. She didn't flinch. When I decided to release the safety chamber she jerked her arm away."

A bit of blood in the chamber spurted out and splashed Collins in the face. "Blood exposure happens so often, every day," she says. "It was just a drop. It wasn't much. You don't think about just a couple of drops."

Collins says she might have just washed out her eye and gone on her way, without even reporting it. But her eye was still healing from the Lasik surgery she'd had just a few days earlier. And she knew the status of her patient.

Collins now has a message for other nurses: "This happened to me. It changed my life. It doesn't have to happen to you."

She has a platform thanks to a new website by Becton, Dickinson and Company of Franklin Park, NJ, which is promoting awareness of exposures related to insertion of short peripheral IV catheters in its "Making Safety Safer" campaign. (www.bd.com/bloodcontrol.)

"This forum is designed to raise awareness, to allow people to share their stories [about mucocutaneous exposures,]" says Rudy Onia, MD, BD medical affairs director. "It's an issue that's not widely spoken about."

Mucocutaneous exposures are much less frequently reported than needlesticks. In the EPINet surveillance data of the international Healthcare Worker Safety Center of the University of Virginia in Charlottesville, there were 247 blood or body fluid exposures reported by 29 hospitals in 2007. About half of those (48.6%) involved a nurse.

Face and eye protection are rare, the data show. Only 2.4% of health care workers reporting exposures were wearing goggles and 4.5 % wore face shields.

Onia says BD wants to promote the use of personal protective equipment and provide awareness about exposure risks and devices that reduce the risk of exposure. "Because there is a perception that the risk [of seroconversion from a mucocutaneous exposure] is low, people accept it as being completely normal," he says.

The risk of a single mucocutaneous exposure is thought to be about one in a thousand for HIV (0.09%).1 "It's a little lower [than the risk from a needlestick], but it's still a very real risk and it's a recognized risk," says Onia.

After the blood splash, Collins washed her eye for more than five minutes. She received anti-virals for post-exposure prophylaxis, which she had to take for three months. She struggled with nausea, vomiting, fever and flu-like symptoms from the anti-viral medications, even though she took anti-emetics.

She also lived with the constant fear that she had acquired a life-threatening illness. Follow-up testing assuaged those fears but never really erased them. She did not acquire HIV or hepatitis C, but her concerns remained.

"I realized how much danger we put ourselves in every day as nurses. It was absolutely life-changing," she says. 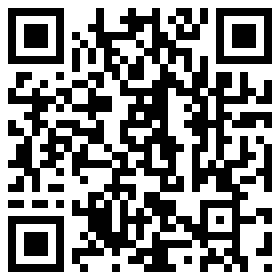 Scan this code to watch a video testimonial of Cheryll Collins' blood exposure experience. To download a free code reader for your smartphone device, go to http://reader.kaywa.com/

AHA: Hospitals should create a 'culture of health' for HCWs

Money motivates HCWs to be healthy

Why are 1 in 3 sticks linked to hypodermics?