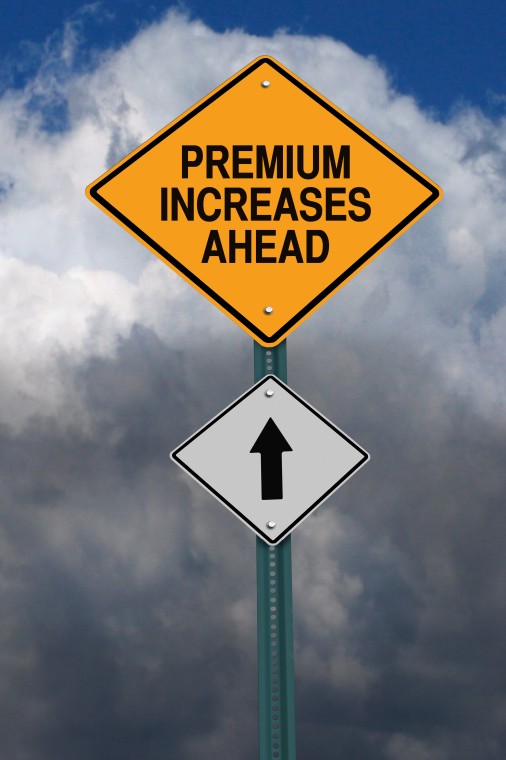 Medical malpractice losses of $5 million or more are on the rise, and so are “super losses” of $50 million or more. The increased payouts might result in higher insurance premiums for healthcare organizations.

A trend toward more medical malpractice with payouts of more than $5 million might affect premiums even for hospitals that have no such history and that have documented success with their risk management programs.

Losses above $5 million are accounting for a rising proportion of total dollars spent in U.S. medical malpractice claims, according to specialist healthcare insurer Hiscox, based in Hamilton, Bermuda. In the early 2000s, the percentage of total dollars spent in claims for losses of $5 million and more was in the 7.5%-10% range per year. That figure has moved up into the 15%-25% range, and Hiscox researchers say it is expected to go higher still.

The increase in high dollar judgments does not bode well for insurance premiums for hospitals, says R. Stephen Trosty, JD, MHA, ARM, CPHRM, president of Risk Management Consulting in Haslett, MI, and a past president of the American Society for Healthcare Risk Management.

“Unfortunately, judgments above $5 million have become more and more common and are no longer considered the type of outliers that they once were,” Trosty says. “So many of the high awards seem to be very disproportionate to the level or severity of injury or damage caused, but juries seem to be ever more inclined to come up with these very large awards.”

Making matters worse, there also is a significant rise in the incidence of the healthcare “super loss,” which is a liability of $50 million or more. Half of the largest medical malpractice claims paid in history came in the past five years, notes Hiscox Vice President Justin Keith. (See the table on p. 15 for a summary of some of the recent super losses.) “This increase in the proportion of dollars spent in claims on losses above $5 million for medical malpractice is a worrying trend for U.S. healthcare,” Keith says. “The resources that healthcare providers have poured into risk management and patient safety and claims is tremendous. It’s not for lack of anything being on the risk management side, but the losses keep rising.”

Healthcare reform efforts are having a positive and negative impact on these costs, Keith says. On the plus side, he recognizes better risk management, improved patient safety programs, and a seemingly positive effect of accountable care organizations on quality, all while claims handling has become much better. Healthcare organizations also are benefitting from significant investments in resources and talent, he says.

“On the flip side, however, there is significant disruption generated by an increased number of healthcare facilities’ mergers and acquisitions, accompanied by a fundamental shift in the business of delivering healthcare and a squeeze on margins,” Keith explains. “When it comes to litigation, the effects of all of this change on jury pools remains uncertain at best. But as community hospitals start looking more like big business, it’s no surprise juries appear to be handing out larger awards.”

Risk management, claims management (in-house and from the insurance companies), quality, patient safety, and loss prevention programs have improved and become more effective in the last several years, Trosty says; however, this improvement has not stemmed the number of large verdicts and judgments. Risk managers can’t be blamed for feeling a bit of frustration, but Trosty says the large verdicts probably are not the result of any failure in risk management at those institutions but rather a change in the way juries look at hospitals.

“As hospitals and healthcare systems are increasingly viewed as large entities, which look and act more like a for-profit big business, the likelihood is that juries will be handing down more large verdicts,” he explains. “It often is the mentality of juries that the larger, more businesslike the facility or entity is, the better able they are to absorb these large judgments and the more entitled the plaintiffs are to large awards. With this being the direction in which healthcare is continually moving, we are likely to see more of these large verdicts.”

Keith notes, however, that some recent market losses have come from high quality facilities with extensive resources. “Some of these claims are coming from facilities where anyone — patients, consumers, regulators, anyone — would say this is a high-quality institution that is doing things right. Even though they can demonstrate excellent leadership, risk management, and in-house claims teams, this proves that big medical malpractice claims can strike anyone at any time,” he says. “If you look under the hood, you see that these institutions are spending massive amounts of money to prevent those claims. It sounds a warning to those insurers who simply see medical malpractice as a profitable makeweight to their other lines of business.”

The large losses did not fall into any patterns that would suggest a problem in any particular type of healthcare, Keith says.

Safety could be affected

All of these increases will affect the bottom line, Trosty notes, and that in turn can have a negative impact on the services that a hospital or health system is able to provide.

Ultimately, hospitals have to make money to continue to survive, which means that more money for insurance has to be offset by less money from somewhere else, he says. This shift can have the potential effect of reducing services or even impacting staffing levels, which is something that can result in increased risk for the facilities.

“These types of judgments will result in an increase in premiums as insurance companies try to offset these large losses,” Trosty says. “For self-insured hospitals, this also means an increase in the amount of money that will have to be paid out and the charges for insurance for the hospital.”

Risk managers should see the upward trend in malpractice losses as reason to look more closely at all malpractice litigation, Trosty advises. Carefully study judgments that exceed $1 million because, while they are still not frequent, they can be a potential harbinger of what’s to come, Trosty says. The same root cause or systemic issue that led to a $1 million verdict might lead to a $5 million or $50 million verdict next time.

“Once upon a time, not that long ago, awards over $5 million were the exception. We have to recognize that this is no longer true,” Trosty says. “Does this mean that the trend to even higher awards will continue into the future and become less unusual? I am concerned that the answer could be ‘yes.’”

As these high value judgments increase or continue, Trosty says healthcare risk managers will see an effect on insurance premiums and potentially on the amount that facilities retain for themselves to reduce potential increases. In most cases, the higher the retention level, the lower will be the premium or premium increase.

“This, of course, opens the hospital up to even greater losses from these high judgments, potentially necessitating additional cutbacks,” Trosty says. “In many ways this is becoming, and can continue to be, a vicious cycle.”

The trend toward larger verdicts must not discourage good risk management, Trosty says. Instead, study the larger verdicts at your own organization and elsewhere to understand how they came about, he suggests. Then you might be able to focus more attention and resources on certain services or problematic trends. Still, healthcare providers might need to accept that the risk of a large award, or even a super loss, has risen and isn’t going down any time soon.

“Looking at trends, within your facility, geographic area, and nationally can give you a better look at where the large claims are coming from and areas that might require increased patient safety and loss prevention efforts,” Trosty says. “I honestly believe that there is only so much that risk managers can do to prevent this from occurring. You can increase or enhance loss prevention and patient safety issues only so far, given the resources that exist.”

Keith also warns that healthcare institutions could be in for a rough period with high dollar claims.

“Beware. You might have had a great claims experience these past five or six years, but that is not necessarily a predictor of the next five years,” he says.

The Emergency Doctrine and Medical Malpractice

Missouri hospitals could be liable for physicians and staff — Could other states follow?