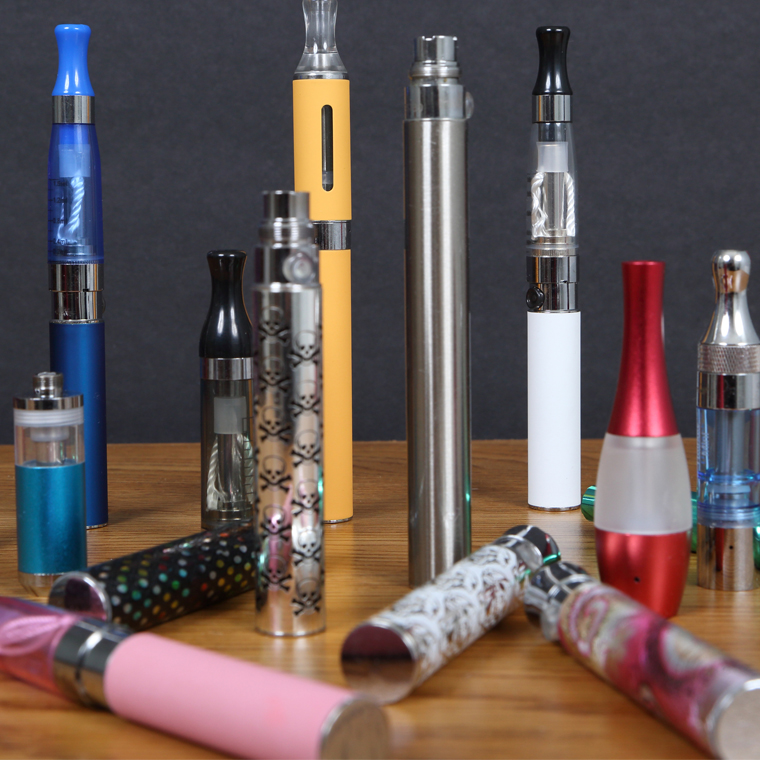 Rectal Colonizing E. coli Cause Most Infections Following Transrectal Biopsy of the Prostate

SYNOPSIS: In a Cochrane review, there is evidence from two trials that nicotine containing e-cigarettes may help smokers to quit long-term compared with non-nicotine type.

Electronic cigarettes (e-cigarettes) are vaporizing devices designed to look and feel like a traditional cigarette. Often being marketed as tobacco-free nicotine delivery devices, there has been a rapid increase in popularity of these products in recent times. E-cigarettes do not involve tobacco combustion. Instead, liquid stored in a disposable or refillable cartridge or a reservoir, usually comprised of propylene glycol and glycerol, with or without nicotine and flavors, is aerosolized for inhalation. As the e-cigarette aerosol simulates cigarette smoke, the devices are adeptly designed to provide taste and throat sensations similar to smoking a traditional cigarette. E-cigarettes are currently being marketed to current and potential users to replace cigarettes when in smoke-free environments, as well as an aid to quit traditional tobacco smoking. However, the scientific evidence regarding the human health effects of e-cigarettes is limited. So far, studies evaluating whether e-cigarettes are less harmful than traditional cigarettes remain mostly inconclusive, and none of the e-cigarette devices have been approved by FDA as a cessation aid.1

McRobbie and colleagues conducted a Cochrane review to primarily examine the efficacy of e-cigarettes in smokers in achieving long-term abstinence. They also aimed to examine the efficacy of e-cigarettes in reducing traditional cigarette consumption by at least 50% of baseline levels and to assess the occurrence of adverse events associated with their use. Researchers searched for trials published between 2004 and 2014 and found 13 completed studies, including two randomized control trials that compared e-cigarettes with and without nicotine, and had a combined sample size of 662 participants.

These studies were judged to be at low risk of bias, and a meta-analysis was conducted. The pooled results revealed that approximately 9% of smokers who used e-cigarettes that contained nicotine were able to stop smoking for at least 6 months, compared with about 4% of smokers who used nicotine-free e-cigarettes (relative risk [RR], 2.29; 95% confidence interval [CI], 1.05-4.96). Self-reported reduction data from the two studies also demonstrated that of the smokers included in the review who had not quit, 36% of e-cigarette users halved the number of traditional cigarette use, compared with 27% of users who were given the placebos (RR, 1.31; 95% CI, 1.02-1.68). Results were also similar in one study in favor of e-cigarettes when compared with nicotine replacement patch (RR, 1.41; 95% CI, 1.20-1.67). No serious adverse effects related to e-cigarette use were reported from any of the studies.

The study authors conclude that there is evidence from two trials that e-cigarettes help smokers to stop smoking long-term compared with placebo or non-nicotine e-cigarettes. They also appear to help smokers unable to stop smoking altogether to reduce their cigarette consumption when compared with placebo e-cigarettes and nicotine patches. However, the authors caution about having a low confidence in their findings due to the small number of trials, low event rates, and wide confidence intervals around the estimates.

The results show beneficial effects of e-cigarettes, but the findings are not without significant limitations. The primary and secondary health impacts of e-cigarettes, for users and the public, cannot be yet fully understood with currently available data. Previous research has identified a number of chemical substances and ultrafine particles in e-cigarette aerosols, cartridges, and refill liquids that are known to be either toxic or carcinogenic or impact respiratory and cardiovascular systems.2 Additional complicating factors in streamlining research is that there are hundreds of different brands and models of e-cigarettes that vary in the composition of the fluids, and there is neither any uniformity in production nor any regulatory requirement for disclosure.

Similarly, much of research methodology in the field also remains to be validated. As a result of these study limitations, critical information and science gaps continue to exist. Significant policy gaps also remain since these products are being produced in various flavors intended to potentially market to the younger population, including children. Survey data reveal that youth are aware of e-cigarettes and use of these products in this population is rapidly increasing.3 The abuse liability of e-cigarettes as well as health impact from exposure to secondhand and thirdhand smoke remains unknown. There have been reports of unintentional exposures, including ingestion of e-liquids and inhalation of e-cigarette aerosols. For these reasons, it may be prudent for the clinician to avoid making a recommendation in favor of e-cigarettes at this time. A cautious approach may be to wait for the science to develop in order to help guide clinical decision-making with regards to e-cigarettes recommendations.