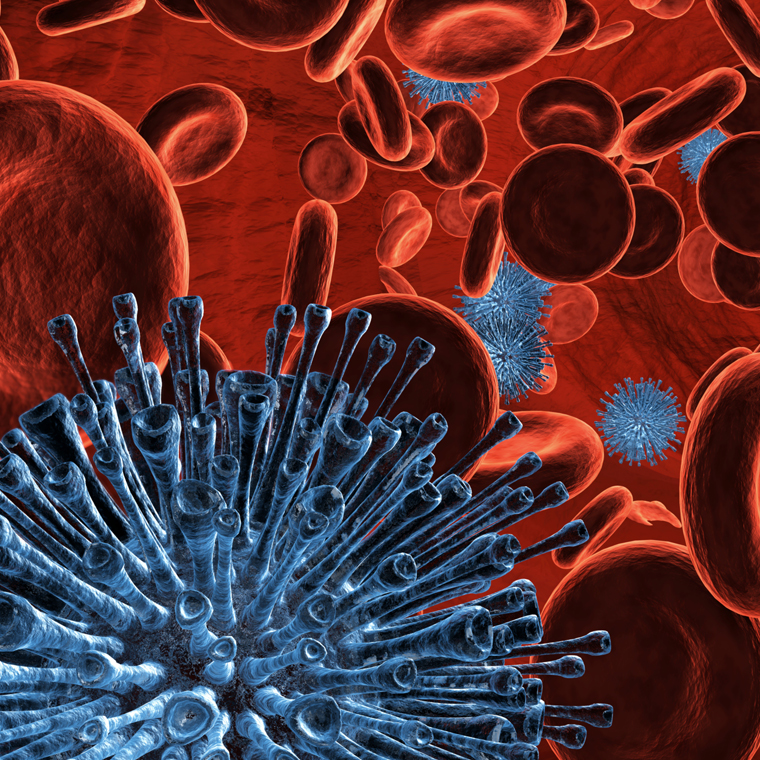 Have virus, will travel: U.S. hospitals must be vigilant for incoming cases of MERS, H7N9 as seasonal flu hits | Single Article

The Centers for Medicare & Medicaid Services (CMS) announced at the end of 2014 that 724 hospitals were being penalized for high rates of three hospital-acquired conditions (HACs), including central-line associated bloodstream infections (CLABSIs) and catheter-associated urinary tract infections (CAUTIs). The third HAC was serious complications, encompassing eight types of injuries. Each hospital on the CMS list will receive a 1% reduction in hospital payments because they ranked among the lowest-performing 25% on the HAC measures. Penalties for Medicare’s HAC reduction program, which was mandated by the Affordable Care Act, began for payments of all hospital discharges occurring after Oct. 1, 2014.

“In the case of CLABSI and CAUTI, the evidence-based literature supporting prevention efforts was fairly robust in 2008 when CMS policy was implemented,” Hebden adds. “However, good science does not always lead to consistent and sustained translation of evidence-based practices to the bedside.”

The 724 hospitals on CMS’ list may need to re-engineer their organizational culture to ensure a sustainable structure for team-led performance improvement interventions, she says.

New research suggests that CMS’ policy and its first few years of targeting HACs has had a positive impact on reducing CLABSIs and CAUTIs.1

The study’s findings suggest that targeted infection outcomes were significantly reduced after initiation of the CMS policy in 2008, Hebden notes.

“This is a very important paper, suggesting that adoption of evidence-based prevention practices along with financial incentives can positively impact patient safety,” Hebden says.

The CMS penalty list includes hospitals in most states, including dozens of hospitals in California, New York, Texas, and Florida. There are more than 50 university hospitals on the list, as well.

One of the university hospitals on the list is the University of Mississippi Medical Center (UMC) in Jackson. In the two years since CMS collected data used to assign the current penalty scores, the hospital has been hard at work establishing practices and procedures that are reducing the chance of hospital acquired conditions, says Charles S. O’Mara, MD, MBA, associate vice chancellor for clinical affairs at UMC.

For example, the academic health center formed HAC teams in mid-2014 and focused a global emphasis on hand washing, including monitoring.

The health center also has taken steps to reduce CLABSIs by making changes in the insertion, maintenance, and collection of specimens from central lines. Starting in January 2015, the health center began a credentialing and training program for placing central lines, he adds.

“This process decreases variability by improving training and decreasing the number of individuals placing central lines,” he says. “New ultrasound machines have been purchased to help with placement of each line, preventing another potential HAC, unintended punctures.”

Also starting in 2015, the academic health center will use a new bio patch to cover central line sites as part of its goal to achieve zero CLABSI, O’Mara adds.

“Our 2014 CLABSI rate met the CMS threshold to be penalty free, but current penalties are based on past performance,” he says.

The health center’s CAUTI rate decreased in 2014 and was only slightly above the CDC’s expected number of infections, O’Mara says.

“To continue this downward trend in infections, a new skin cleanser has been introduced, and early timing of urine cultures to document the presence of UTI on admission is now practice,” he adds.

“Despite these efforts, we still have lots of work to do, and we are committed to the never-ending process of continual improvement with the goal of not having any harm events,” O’Mara says. “We want to avoid financial penalties imposed by CMS reimbursement rules, but much more importantly, we want to provide the best possible healthcare for Mississippians.”

A health system hit particularly hard by the Medicare penalty list is Kaiser Foundation Hospitals, which has eight California hospitals that will be penalized this year.

“At Kaiser Permanente, patient safety is our top priority, and we take our hospital performance very seriously,” he says.

“We are actively reviewing the CMS data to better understand the results,” Courneya says. “If we identify areas where performance is not up to our expected level of clinical excellence and quality of care, we will take action.”

A Kaiser Health News analysis found that academic medical centers were hit particularly hard by the penalty with roughly half of them facing punishment. A separate Kaiser Health News analysis found that penalties were assessed against 32% of hospitals with the sickest patients and against only 12% of hospitals with the least complex cases.

For instance, the University of Mississippi Medical Center is the state’s only academic health center and the state’s safety net hospital, O’Mara notes.

“We face unique challenges, such as high case complexity and disease severity, large patient volumes with limited capacity of resources, and being the state’s only highest level of care for trauma patients and neonates,” O’Mara explains. “The current penalty scores were based on data collected about two years ago, and it is important to know that the scores are not adjusted for risk.”

It’s possible that publicly reported data without proper risk adjustment could result in hospitals being penalized simply because they care for sicker patients, Hebden says.

“It is also possible that variability in surveillance methodology and billing coding practices in hospitals would result in biased outcome data,” she adds. “Therefore it is critical for the science of risk adjustment for healthcare-associated infections to advance to ensure meaningful interpretation of publicly reported data.”

CMS’ HAC reduction program will benefit the nation’s health care industry because it pushes the industry to improve, Courneya says.

“We take the challenge head on by measuring how we perform for our entire eligible population every three months, and taking action based on what we learn,” Courneya says. “Our most recent data, which reflects a much wider population than what CMS looked at, show all of our hospitals performing within the expected range or better for these measures.”