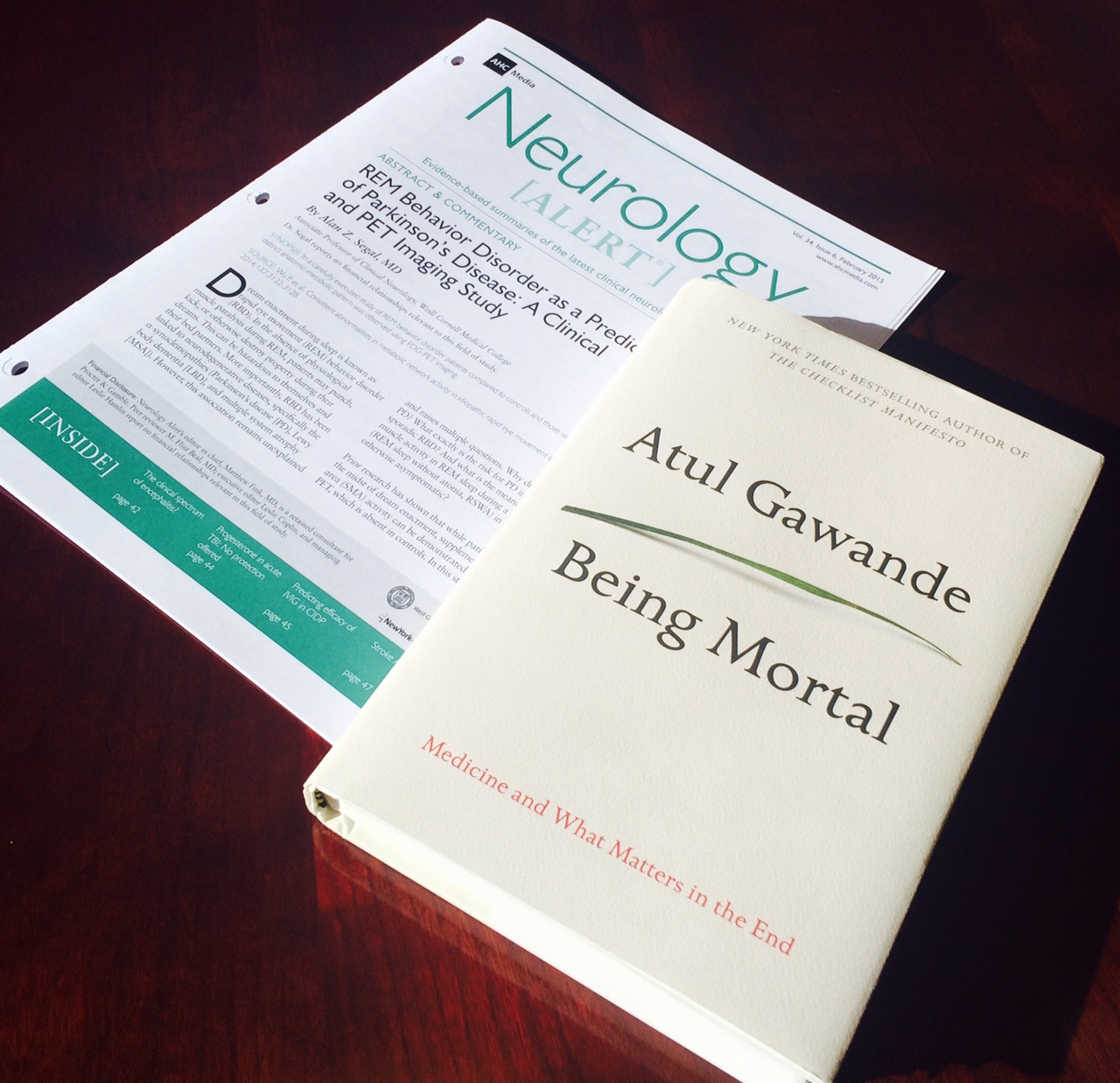 Atul Gawande is a practicing physician who shares the concerns of thousands of his colleagues when he voices his frustrations with certain aspects of modern medicine. What makes him different is the audience he reaches through his regular appearances in The New Yorker and his best-sellers.

In his latest book, Being Mortal, Dr. Gawande lays out his case for a highly advanced medical system that has overshot its bounds by considering itself first and the patient second. End-of-life care is one of his main targets. Patients end up without the proper physician advocates because the educational system is stood on its head, he contends.

“The way we saw it, the way our professors saw it, the purpose of medical schooling was to teach how to save lives,” he writes, “not how to tend to their demise.”

That leaves physicians in the quandary of often being unsure how to talk to patients about their own crucial health-related decisions. The result is the warehousing of patients in long-term care facilities, cut off from their homes, family, friends, and treatment options.

“The waning days of our lives are given over to treatments that addle our brains and sap our bodies for a sliver's chance of benefit,” Dr. Gawande says. “They are spent in institutions - where regimented, anonymous routines cut us off from all the things that matter to us in life. Our reluctance to honestly examine the experience of aging and dying has increased the harm we inflict on people and denied them the basic comforts they most need. Lacking a coherent view of how people might live successfully all the way to their very end, we have allowed our fates to be controlled by the imperatives of medicine, technology, and strangers.”

It’s interesting that there’s no mention there of money as one of variables that patients' fates are controlled by. However, coming from a physician author who’s tackling some of the larger, more unsolvable problems of healthcare and the culture, this is a surprisingly breezy, straightforward, and informative read. It's hardly tedious, something you might expect from a regular contributor to The New Yorker.

The book plays both sides of Reader Aisle, the Doc side and the Lay side. There's plenty of material here for the general audience that physicians just don't need because it's basic biology and internal medicine. Why does vision deteriorate with age? What are those brown spots on the back of your hands? These are well written and maybe worthwhile review, but if your eyes start glazing over, skip ahead. There’s plenty here that’s written especially for you and he’s unsparing in his criticism.

For instance, consider the study he cites that shows patients fare far better at end-of-life when they stopped chemo sooner and entered hospice earlier. There’s far less suffering involved, Dr. Gawande writes, with the added benefit of those patients living 25 percent longer. The key, he says, is better discussion between physician and patient, discussions that help patients reach conclusions that are in their best interest. Confining the dying completely to hospitals, he says, without discussing realistic options is wrongheaded.

“In other words, our decision making in medicine has failed so spectacularly that we have reached the point of actively inflicting harm on patients rather than confronting the subject of mortality,” according to Dr. Gawande. “If end-of-life discussions were an experimental drug, the FDA would approve it.”