Physician Divorce Rates Lower Than Most Other Healthcare Professionals

BOSTON – The divorce rate for physicians isn’t as bad as it’s cracked up to be.

That’s according to a recent analysis comparing divorce rates of physicians to other healthcare professionals in the United States.

Among the findings of the analysis, published recently by BMJ (formerly the British Medical Journal), is that physicians had among the lowest rates of having been married more than once as compared with most other occupations in the study. Only pharmacists had a lower rate.

“While it has historically been suggested that long and sometimes unpredictable work hours among physicians may lead to higher rates of divorce, evidence on whether divorce rates among physicians exceed those in the general population has been limited and mixed,” according to background information in the article.

The adjusted probability of being ever divorced was 24.3% among physicians compared to 22.9% among pharmacists, report the authors, led by researchers from Massachusetts General Hospital. That is compared to 33% among nurses, 30.9% among health executives, 26.9% among lawyers, and 35% among other non-healthcare professionals.

Physicians tied with pharmacists and dentists on adjusted probability of becoming divorced in the past year, 1%, compared to 1.3% among nurses, 1.1% among healthcare executives, 1.2% among lawyers, and 1.4% among other non-healthcare professionals.

Average hours worked per week were at the highest among physicians at 50.4, compared to the lower range of 38.5 for pharmacists, 37.6 hours for dentists and 37.1 hours for nurses. Healthcare executives had 46-hour work weeks, slightly more than lawyers with 45.1.

The study found that, in analyses stratified by physician sex, greater weekly work hours were associated with increased divorce prevalence only for female physicians.

“Divorce among physicians is less common than among non-healthcare workers and several health professions,” the authors conclude. “Female physicians have a substantially higher prevalence of divorce than male physicians, which may be partly attributable to a differential effect of hours worked on divorce.” 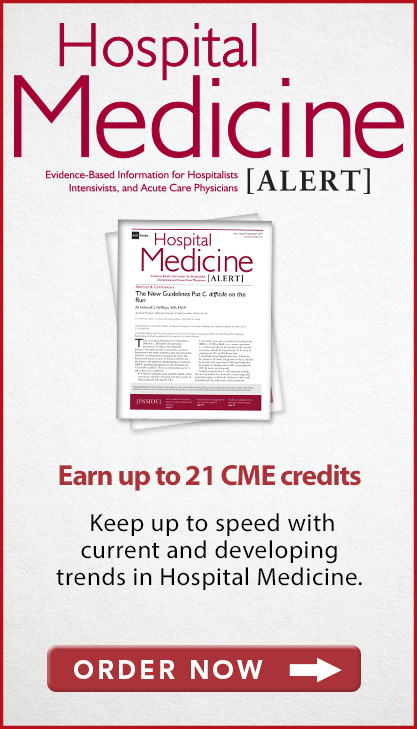 Patient Satisfaction Ratings Often Depend on Who Makes the Decisions

BOSTON – To increase patient satisfaction with the care they provide, physicians should share decisions about treatment, even if the patients insist they prefer the clinician to call the shots.

That’s according to a recent study published online recently by JAMA Oncology, which found that patients who recounted physician-controlled decisions about their cancer care were less likely than those participating in shared decision-making to report that they received excellent quality of care.

Background information in the article notes that, while metrics of quality are controversial, patients' reports about the quality of their care are increasingly important healthcare performance measures.

The study, conducted by a team led by Harvard Medical School researchers, is based on a survey of patients in the Cancer Care Outcomes Research and Surveillance Consortium (CanCORS) study. Responses from 5,315 patients with lung and/or colorectal cancer – who reported roles for 10,817 treatment decisions – were analyzed to assess the association between variations in decision making and reported quality of care and physician communication.

Study participants were faced with decisions regarding surgery (42%), chemotherapy (36%) and radiation therapy (22%).

In terms of actual decision making about cancer treatment, however, 44% were shared, 39% were patient-controlled and 17% were physician-controlled, according to the study.

Overall, patients rated their treatment as excellent in 67.8% of cases, but patient reports that treatment decisions were controlled by physicians – as opposed to shared – were linked to lower odds of receiving excellent patient-reported quality, 59.7% vs. 69.5%. Those differences held up even when patients had expressed a preference for physician decision making.

In terms of communications, only 43.7% of patients gave physicians the highest rating when the provider made decisions about care instead of sharing the process. That’s compared to 57.9% with shared decision making and 57.4 when the patient was the decider.

"Given the increasing emphasis on patient experiences and ratings in health care, these results highlight the benefits of promoting shared decision making among all patients with cancer, even those who express preferences for less active roles," the study concludes.

In a related commentary, Sarah T. Hawley, PhD, MPH, and Reshma Jagsi, MD, D.Phil, of the University of Michigan, make note of the association shown between shared decision making and patient appraisal of excellent quality of care.

“It is intriguing that this association remained even when controlling for preferred role.”

The commentators say they were not surprised, however, that "patients who preferred a physician-controlled decision rated the physician communication outcomes highest when the actual decision-making process was more shared, as the individual items that constitute the communication measure described elements most likely to be absent when the actual decision is not shared.”

What Not to Wear Varies by Physician Specialty, Patient Background

ANN ARBOR, MI – Surgeons and emergency physicians might be able to get away with wearing baggy scrubs to see patients, but physicians who work in offices probably need to spruce up a bit more, especially if they are seeking older patients or those of foreign backgrounds.

That’s according to a new analysis published online recently by British Medical Journal Open that finds the answer to “what not to wear” can be complicated for physicians. University of Michigan researchers suggest that the answer to that question can influence how patients perceive clinicians and their satisfaction with the care they receive.

For the analysis, researchers conducted a comprehensive international review of studies on physician attire, and other sources. In all, the data they reviewed came from 30 studies involving 11,533 adult patients in 14 countries.

In general, according to the results, patients prefer their physicians dress up a bit. Suits and/or a white coat – for either gender – appear to inspire more trust and confidence in some patients, although for other, it doesn’t seem to matter much.

Medical specialty also makes a difference in what physicians wear, according to the review. In fact, patients may prefer to see doctors in scrubs if they are emergency physicians, surgeons or critical care specialist.

The results especially vary based on age and culture, the authors point out. In general, Europeans and Asians of any age, and Americans older than 50, trusted a formally dressed doctor more. Americans in Generation X and Y, however, were less concerned if their doctor dressed down.

"As physicians, we want to make sure that we're dressing in a way that reflects a level of professionalism and also mindful of patients' preferences,” said lead author Christopher Petrilli, MD, an internal medicine resident at the U-M Health System who was an investment banker before switching careers. “Many studies have looked at various aspects of physician attire, so we wanted to look across this body of literature to find common threads. But at the same time, we found a lack of detailed guidance from top hospitals to their physicians about how to dress."

In most of the studies reviewed, 21 of the 30, patients had clear opinions on what their doctors to wear, with 18 of the studies coming out on the side or more formal attire. Four of the seven studies that involved surgery patients, however, reported that attire choice didn't matter or that scrubs were preferred, in line with four of five studies involving patients receiving emergency care or intensive care.

Legislative chambers in South Dakota, Utah, and Wyoming recently passed the compact, which was developed by the Federation of State Medical Boards (FSMB) to make it easier for physicians to obtain licenses in multiple states while providing access to safe, quality care.

The compact, released last year, includes several principles, including that regulatory authority will remain with the participating state medical boards instead of being delegated to an entity that would administer the compact and that participation in the compact is voluntary for both physicians and state boards of medicine.

In South Dakota, the Senate chamber passed the compact with broad support, including the state chapter of AARP and the South Dakota State Medical Association. In Wyoming and Utah, the House chambers unanimously passed the Compact legislation by votes of 59-0 and 75-0, respectively, according to an FSMB press release.

The final model Interstate Medical Licensure Compact legislation last September, and 13 states have formally introduced the legislation in their legislative chambers. In addition, more than 25 state medical and osteopathic boards – including the American Medical Association – have publicly expressed support for the legislation. Earlier this year, a bipartisan group of 16 U.S. Senators also endorsed the concept as a way to increase multi-state practice and telemedicine.

The proposed legislation also has its critics, chief among them the Association for American Physicians and Surgeons (AAPS). “The proposed Compact is little more than a pretext for transferring state sovereignty to out-of-state private, wealthy organizations that are neither transparent nor accountable to the voters,” that group wrote in a letter to the U.S. Senate. “The claim that such an agreement is necessitated by ‘advances in the delivery of healthcare’ is false.”

The AAPS claimed that to advance delivery of healthcare, such as with telemedicine, “all states would have to do is define the location of medical care as the physician’s location, not the patient’s as FSMB does.”

“The FSMB is pleased to have supported the state medical board community as it developed this compact to streamline licensure while maintaining patient protection as a top priority. We look forward to working with states that wish to implement this innovative new policy,” said Humayun J. Chaudhry, DO, MACP, president and CEO of FSMB. 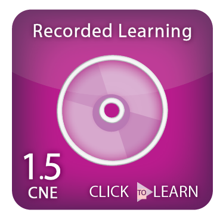 REVENUE CYCLE MANAGEMENT IS CHANGING FROM ENCOUNTER NOTES TO A VARIETY OF OTHER THINGS TO JUSTIFY BILLING AND PROVE QUALITY. LEARN THE INS AND OUTS OF ELECTRONIC HEALTH RECORDS TO IMPROVE YOUR REVENUE FLOW. GET STARTED WITH THIS EXPERT-LED WEBINAR!