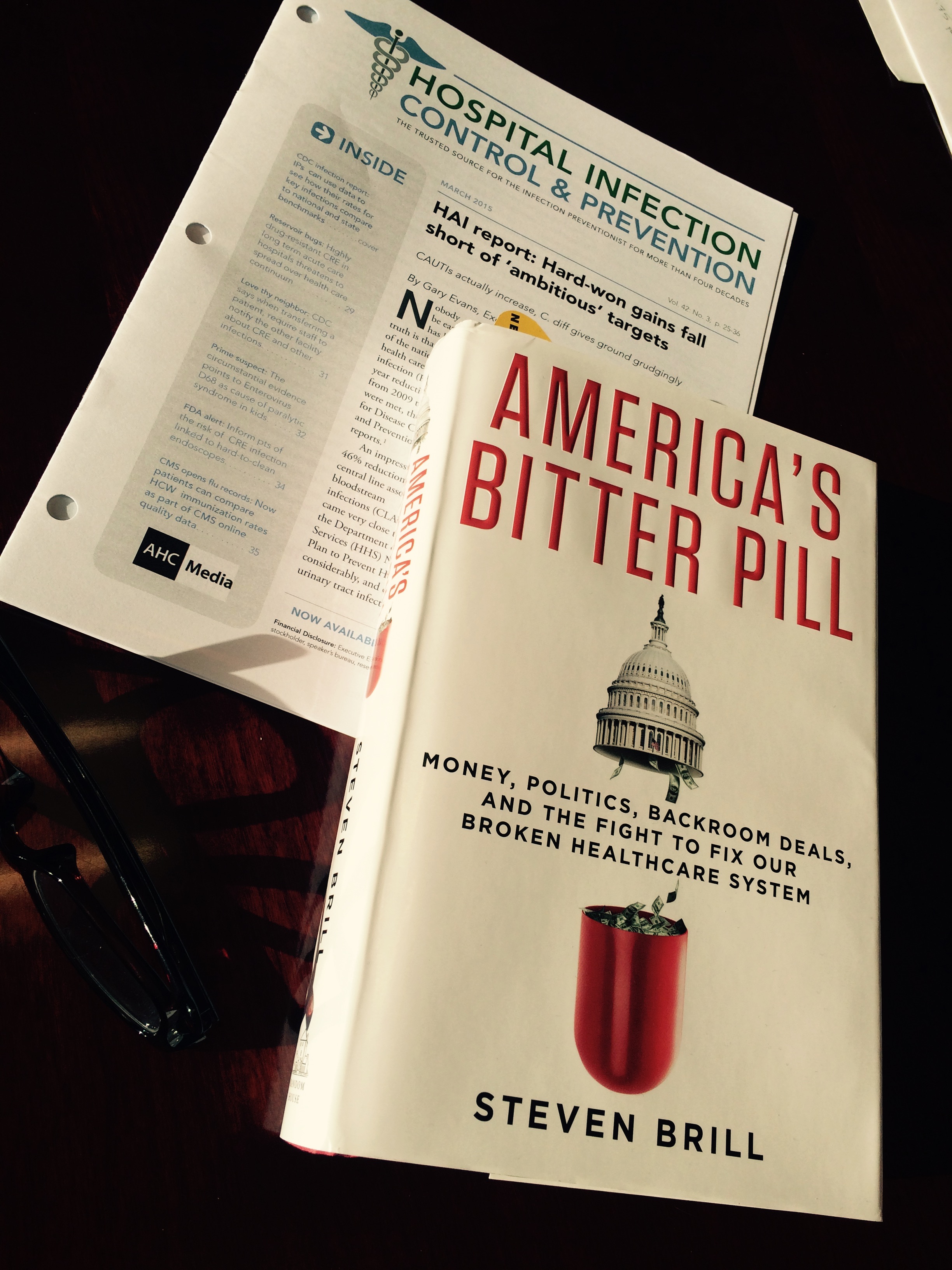 Fraud probe caseload getting to be a burden | Single Article

Here are a few of the more interesting stories about healthcare that appeared in the past few days that are worth reading in-depth.

I Used to be an Anti-Vaxer appears in The Atlantic and is a riveting first-person essay. The author grew up convinced vaccinations caused the autism in her two younger brothers. When she became pregnant with her first child, the concerns mounted.

“In 2013, I got pregnant,” she writes. “A steady diet of baby books and advice from doctors and worried Internet mothers helped me develop a level of concern for my baby that went far beyond whether he’d be autistic or not. Late in my pregnancy my doctor offered me a whooping-cough booster shot that would vaccinate my baby against the disease. When I balked, she told me that a recent whooping-cough outbreak had killed 10 infants in California. I was still skeptical, and told her I needed to think about it. I went home and found heartbreaking news online about the babies that died of whooping cough in 2010. Nine of the 10 were less than eight weeks old—much too young to get vaccinated. Reading about these babies’ deaths made my unborn baby seem realer by the minute. He was a kicking, rib-grabbing, vibrant little guy. I didn’t want him to die at such a young age. I began to seriously question my anti-vaccine stance.”

Her story is great context on why so many parents become anti-vaxers.

The superbug has dominated mainstream press headlines for weeks now, and justifiably so. The fear of a bacteria that can’t be conquered or fully understood is gripping stuff. The Washington Post does it justice with a deep centerpiece, “Widening Superbug Outbreak Raises Questions for FDA, Manufacturers.” The reporting shows that the superbug scare isn’t just recent. It goes back decades and some feel not enough has been done to bring it down.

The Post writes: “The big question is, why did it take so long?” said John Greene, an infectious-disease doctor at Moffitt Cancer Center in Florida, who in 2013 co-authored an article about an outbreak involving duodenoscopes in Tampa. “It’s a very fair question. . . . Unfortunately, things don’t happen until bad outcomes occur.” Ten House members are asking similar questions. In a letter Wednesday to the FDA, they wrote, “The alarming spread of superbug outbreaks across the country demands a forceful, substantive response from the federal government.”

The story goes on to detail what is being done to make the bug less super than it currently is.

American’s Bitter Pill by Steven Brill is a mix of first-person fears and concerns coupled with old-fashioned, hard-nosed reporting. The focus is on the Affordable Care Act and how it came to be. The subtitle is “Money, Politics, Backroom Deals, and the Fight to fix Our Broken Healthcare System,” so you get an idea pretty early on where he’s headed.

Brill was brought down by heart surgery and spent time wondering how so much money has made it into the healthcare system. He provides some deep context in some stats:

a.      We spend $17 billion a year on artificial knees and hips, which is 55 percent more than Hollywood takes in at the box office.

b.      America’s total healthcare bill for 2014 is $3 trillion. That’s more than the next ten biggest spenders combined: Japan, Germany, France, China, the United Kingdom, Italy, Canada, Brazil, Spain, and Australia. All that extra money produces no better, and in many cases worse, results.

c.       I'd like to point out that Medtronic, which makes all varieties of medical devices -- from surgical tools to pacemakers -- is so able to charge sky-high prices that it enjoys nearly double the gross profit margin of Apple, considered to be the jewel of American high-tech companies.

d.      Another favorite: We spend $85.9 billion trying to treat back pain, which is as much as we spend on all of the country's state, city, county, and town police forces.

Should we be getting better, and more, care for all that’s funneled into the system? This book does a great job of bringing the policies, the politics and the efficiencies into focus. It’s not a quick, breezy read but it is a detailed look at the created of the ACA and essential for understanding the current healthcare system.