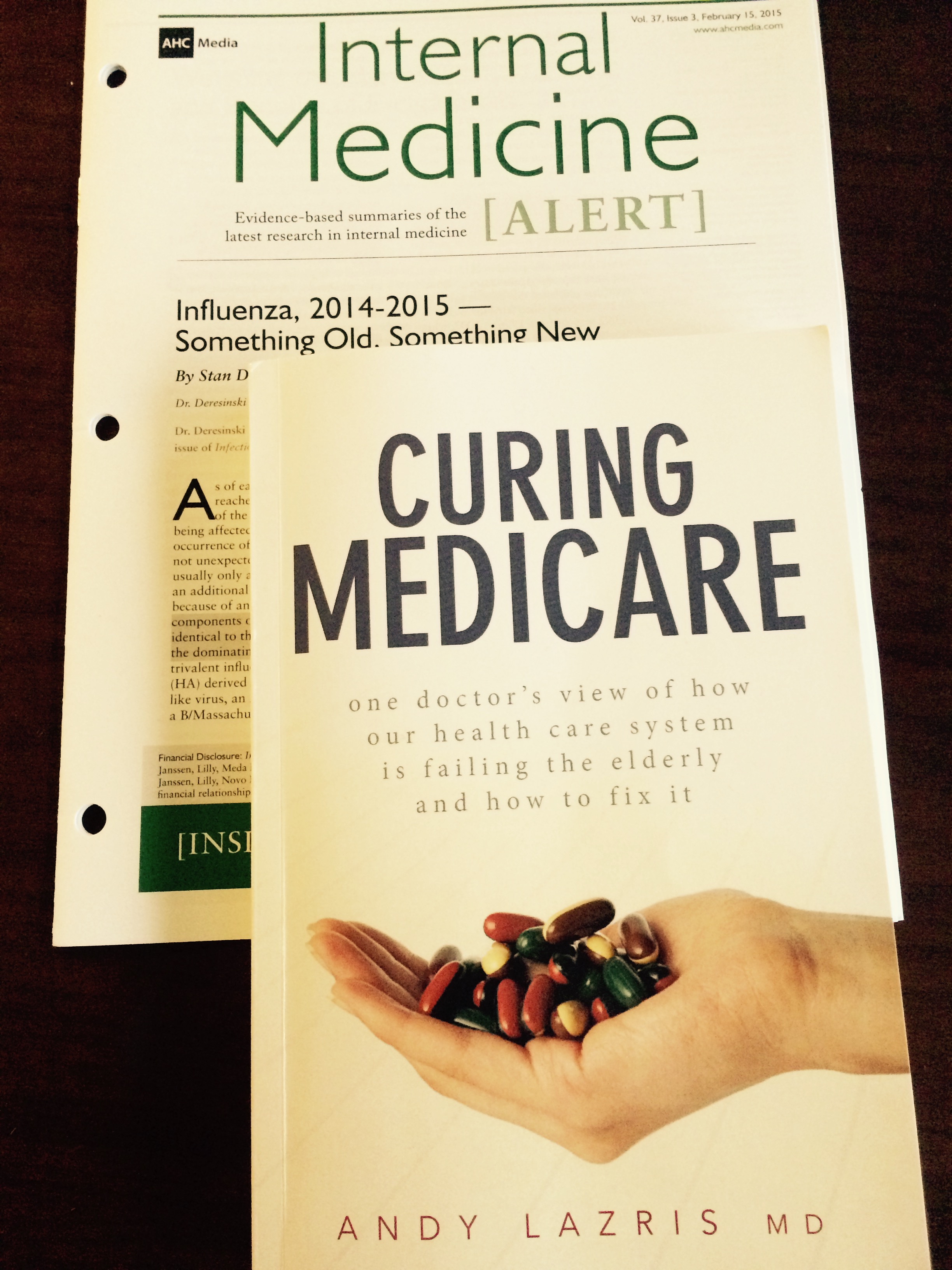 Dr. Andy Lazris is a boots-on-the-ground geriatrician who sees patients daily and believes that physicians and their patients are often both discontent and miserable because the healthcare system is in serious disarray.

The system needs yet another makeover following the Affordable Care Act, he believes, and primary care is Ground Zero because the higher ground's been coopted by the say-a-lots-but-know-nothings, especially from within the media and academia. The crucial distinction, he says, is that the loudest voices are those furthest away from treating patients.

He has just published “Curing Medicare,” a book he felt needed to be written so that voices similar to his own aren’t drowned out. His original manuscript was rejected several times by publishers, mostly at the prodding of academics, the very sort that Dr. Lazris says are making the healthcare system even worse. Time to self-publish, he thought, and so he has. You can find it at curingmedicare.com.

The ACA, he believes, makes being a doctor less attractive while increasing the amount it costs to be treated as a patient. The result, he says, is a mess that needs cleaning up.

"The ACA has codified a system where primary care doctors are the workhorses with no power to impact change. They are judged by productivity and patient satisfaction scores, which have little relevance to quality care," he writes.

He doesn’t have to look far to find examples. They’re right in the very place he practices. Patients, to their detriment, are being overtreated, Dr. Lazris claims, citing an elderly woman with dementia who had been shuffled from her assisted living facility to a hospital instead of receiving a proper exam at the facility. Diagnosed with a mere urinary tract infection, she was discharged from the hospital and returned to the assisted living facility.

Dr. Lazris encountered her the next day, "freed from blood pressure cuffs, blood sticks, X-ray machines, nursing home regulatory rules, and handfuls of medicine, my patient was receiving perfect geriatric care. She was socializing, exercising and using her brain. She was under no stress. She was not exposed to the sting of modern medicine. The dichotomy between her experience at the hospital and what I witnessed now was striking to me. Now she was in the hands of people who knew her and were making her life enjoyable, instead of at the mercy of people who dug into her elderly body trying to find problems and fix them. The former scenario is the very epitome of good geriatric care, the latter is a geriatrician's nightmare. The former is also cheap and humane, while the latter is horribly expensive, tearing our Medicare system to shreds while decimating its unknowing victims. Unfortunately, it is the latter that is becoming the norm in the geriatric wilderness that I inhabit. And the most tragic part is that Medicare itself is financing and encouraging the very aggressive care that is its own dagger."

Untangling the knot of bureaucracy, he says, means taking the further steps of malpractice reform, regulatory reform, and increasing the number of primary care doctors by making the field more attractive than it currently is. Curing Medicare "requires financial incentives to convince patients, doctors, and long-term care facilities to pursue less aggressive medical care with a focus on home care and palliative approaches while incentivizing entrepreneurs to devise creative strategies to provide low-cost quality care for our frail elders."

If you as a practitioner find yourself with similar thoughts and think you’re alone, think again. Dr. Lazris’s book is worthwhile reading for those who continue to struggle with the ongoing reform of the healthcare system.