D-Day: Unprecedented national plan aims to save the antibiotic era 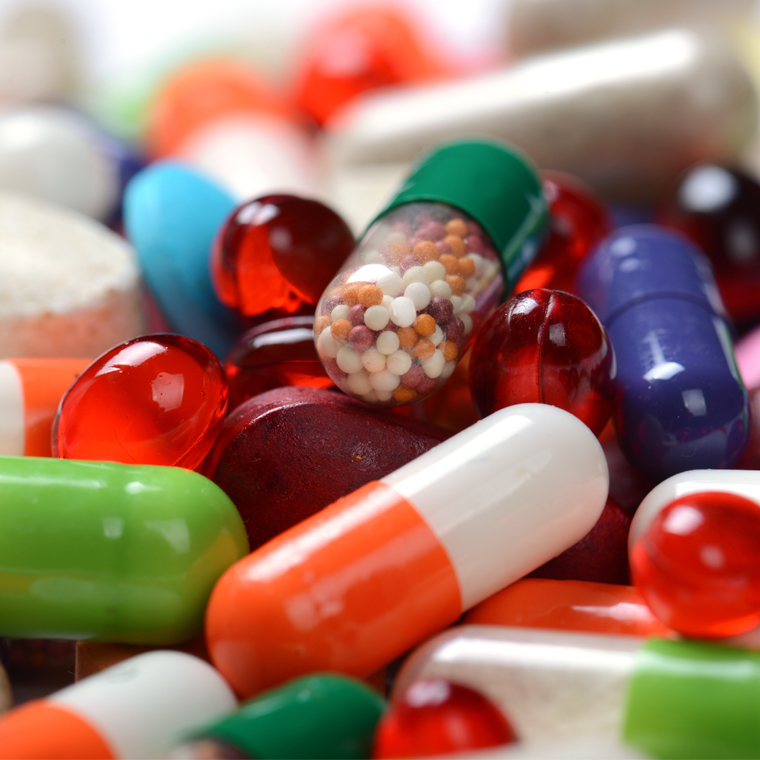 D-Day: The Battle to Save the Antibiotic Era has been Joined

AHA creates antibiotic stewardship toolkit, as the effort to stop the bugs and save the drugs gains national momentum

Antibiotic stewardship to rein in the rampant misuse and overuse of drugs — practices which continue to select out resistant, even pan-resistant, strains of bacterial pathogens — has officially become a national priority involving the highest levels of the federal government.

Compliance will not be voluntary. A recently issued “National Action Plan for Combating Antibiotic-Resistant Bacteria” calls for federal regulations to mandate drug stewardship.1

The modern antibiotic era began a mere 75 years ago with the use of penicillin in World War II, ending a long reign of pestilence and cheating death of millions of patient lives. Now clearly at risk of squandering a medical miracle through indiscriminate drug use that has aided and abetted bacterial adaptation and evolution, we have finally, as a nation, drawn a line in the petri dish.

Future historians may mark March 27, 2015, as the “D-Day” when the nation began an unprecedented effort to push back the encroaching post-antibiotic era. It marks the White House release of a national action plan that sets ambitious infection reduction goals, outlining an array of regulations, penalties, and incentives to force all acute care hospitals to establish stewardship programs.

The Association for Professionals in Infection Control and Epidemiology (APIC) issued a statement applauding the national plan, noting that infection preventionists are the “linchpins” between public health and individual healthcare facilities. The IP’s work includes preventing and identifying outbreaks of antibiotic-resistant infections and supporting efforts to improve antibiotic prescribing and stewardship, APIC noted.

“Unfortunately, many healthcare facilities do not have enough staff dedicated to infection prevention and control,” APIC stated. “[We] believe that our nation must do more to protect the 2 million people who develop infections from antibiotic-resistant bacteria each year and the 23,000 who die as a result. APIC calls on Congress to fund the important programs that will give this National Action Plan a chance to succeed. The actions we take now will determine if we will return to a post-antibiotic era where even a small cut could prove fatal.”

An exaggeration? Consider the case of a mischievous 9-year-old girl who decided to miss a few school days by rolling around in a patch of poison ivy.2 The ruse worked, but so did the rash. As she scratched her legs incessantly the skin opened in places, allowing bacteria easy access to enter and multiply. Unfortunately, the year was 1934 and the mortality rate for skin infections was in the 11% range. She survived, but was still telling the cautionary tale decades later as a grandmother.

Even today there are recurrent cases — harbingers of a post-antibiotic era — as clinicians report patient deaths from once-survivable infections that no longer respond to antimicrobial therapy. In those that do survive, there have been cases where patients face decisions to amputate limbs rather than take absolutely last line drugs like colistin, which may clear an infection at the cost of kidney failure.

“[We] can no longer take for granted quick and reliable treatment of rare or common bacterial infections, including bacterial pneumonias, foodborne illnesses, and healthcare-associated infections,” the National Plan warns. “As more strains of bacteria become resistant to an ever larger number of antibiotics, we will also lose the benefits of a range of modern medical procedures — from hip replacements to organ transplants — whose safety depends on our ability to treat bacterial infections that may arise as post-surgical complications.”

Regulatory action that affects infection control and prevention is often controversial, but there seems to be a broad consensus that the rise of multidrug-resistant bacteria and the increase of Clostridium difficile due to antibiotic overkill are threats that warrant regulatory requirements.

“Hospitals are stretched with limited finances and a lot of different places that they have to put energy,” says Kavita Trivedi, MD, an infection control consultant and member of the Society for Healthcare Epidemiology of America (SHEA). “Honesty, I think a lot of hospitals want to start antibiotic stewardship programs; they just haven’t been able to find the resources and funding. Regulation will give them the opportunity to find those resources to put these programs in place.”

CMS is moving very quickly on this and hopes to issue a proposed regulation on antibiotic stewardship as early as this year, according to Daniel Schwartz, MD, MBA, chief medical officer of the CMS Survey and Certification Group.

Delivering a recent update as the CMS liaison to the CDC’s Healthcare Infection Control Practices Advisory Committee (HICPAC), Schwartz said, “CMS is currently engaged with the CDC and other professional infection control/epidemiological organizations to gather supporting evidence and background information on this issue and to focus on the development of regulatory changes to the CMS requirements that would promote antimicrobial stewardship programs in hospitals, critical access hospitals, and long-term care facilities. We hope to propose new regulation in 2015 with a target for implementation in 2017.”

With regard to hospitals, CMS previewed what a future regulation may require in the revised and expanded antibiotic stewardship section of its recently finalized infection control survey.3 Though the survey items on antibiotic stewardship programs are for “information only” and not citable, CMS essentially codified recent CDC recommendations — strongly suggesting it will follow suit in future regulations on stewardship.

For example, one CMS provision in the hospital infection control survey reiterates the CDC recommendation that physician and pharmacy leaders should head up antibiotic stewardship programs. While the CMS provision did not go into additional detail, the CDC guidelines cite IPs as key support personnel. “Infection preventionists and hospital epidemiologists coordinate facilitywide monitoring and prevention of healthcare-associated infections and can readily bring their skills to auditing, analyzing and reporting data,” the CDC guidelines state.4 “They can also assist with monitoring and reporting of resistance and CDI trends, educating staff on the importance of appropriate antibiotic use, and implementing strategies to optimize the use of antibiotics.”

Still, as APIC expressed in calling for more support and funding, there have been longstanding concerns in the infection prevention community about the burden of more and more data collection on inundated IPs. On the other hand, there is also the expectation that automated surveillance technologies, electronic records and improved links with clinical laboratories could make new regulatory requirements on antibiotic resistance more manageable.

While hospitals are the first target, antibiotic stewardship programs for a broad spectrum of non-acute and long term care settings will also be enforced. It’s less clear what will be done in outpatient settings like clinics and medical offices, though the plan mentions educational efforts and guidelines. The use of antibiotics in these settings is driven in part by cultural expectations and parents demanding antibiotics for children who often have viral respiratory infections.

“Hospitals are the low hanging fruit, and we are attacking that first,” says Trivedi. “The outpatient setting is a little more daunting. We are using a stepwise approach where we start in the hospitals and then work out to the outpatient settings and the farms as well.”

In that regard, the National Plan calls for eliminating the use of “medically important antibiotics for growth promotion in food-producing animals” within the next three years.

“Examples would be cephalosporins or fluoroquinolones, tetracycline-type antibiotics,” Van Schooneveld says. “All of those are very similar agents to what is used in agriculture. The past experience has been a lot of pushback on these types of regulations.”

Indeed, the lobbying forces of agriculture and farming may use their considerable influence to challenge this provision, but the medical community has long chafed at this situation. Leading epidemiologist and author Brad Spellberg, MD, once called the annual tonnage of antibiotics used in farm animals “a national disgrace.”

While regulations can go a long way to attack the problem, much of the National Plan relies on funding requests to implement the various sections and strategies. APIC and SHEA issued a joint statement urging Congress to fully fund the National Plan, which includes a $264 million allocation to establish antibiotic resistance networks in all 50 states and 10 large cities. These “Protect Programs” will be comprised of groups of healthcare facilities, labs, and health departments to quickly identify outbreaks and prevent infections by improving prescribing practices.

“The grand goal of the plan is to set up these state-wide networks where there is monitoring of resistance and people have a better sense of what is going on [between facilities], but that takes funding,” says Van Schooneveld, “If the funds are approved I think it’s a fantastic idea to develop these sorts of networks. Some states have already started to develop networks like this.”

On a more granular level, CMS included a provision in its recently finalized infection control survey for hospitals that states: “Systems are in place to designate patients known to be colonized or infected with a targeted drug-resistant organism and to notify receiving healthcare facilities and personnel prior to transfer of such patients between facilities.”

“That again is a key role for infection prevention,” Trivedi says. “The IP helps communicate to the accepting facility what the appropriate infection control precautions need to be for that particular organism. The communication between hospitals and other healthcare facilities about these resistant organisms is essential. Because even if we have one hospital that has a great antibiotic stewardship program, they are still working with patients that come in from other facilities and they are still having to deal with organisms that develop resistance because of the practices at other facilities. So CDC is recommending a regional approach: networks of healthcare across the spectrum.”

The National Plan calls for accelerated research to develop new antibiotics, and it appears the Food and Drug Administration is ready to fast-track drugs that demonstrate safety and efficacy. That was the case with the recent approval of a new weapon against the scourge of drug-resistant gram-negative pathogens that have arisen in recent years. Ceftazidime-avibactam (marketed as AVYCAZ™ by Actavis plc in Dublin, Ireland) was recently approved to treat adult patients with complicated intra-abdominal infections and complicated urinary tract infections. The new antibiotic combines ceftazidime, a cephalosporin with in vitro activity against certain gram-negative and gram-positive bacteria, and avibactam, a non-beta-lactam beta-lactamase inhibitor that inactivates certain key beta-lactamases and protects ceftazidime from degradation.

“The FDA is really starting to fast-track some of these antimicrobial agents,” Van Schooneveld says. “This new drug was approved on Phase II data only — not Phase III. There is a real push in the FDA to really drive these drugs and get them to market sooner. The advantage of the ceftazidime-avibactam is that it is going to be active against some of our very resistant gram-negatives like the ESBL producers, and even some of the carpenamase producers — because the new beta-lactamase that it has actually inhibits those enzymes.”

The recently issued National Action Plan for Combating Antibiotic-Resistant Bacteria1 includes the following goals to be achieved by 2020.

C. difficile Infections Decrease in Hospitals, But Increase in Community

D-Day: Unprecedented national plan aims to save the antibiotic era