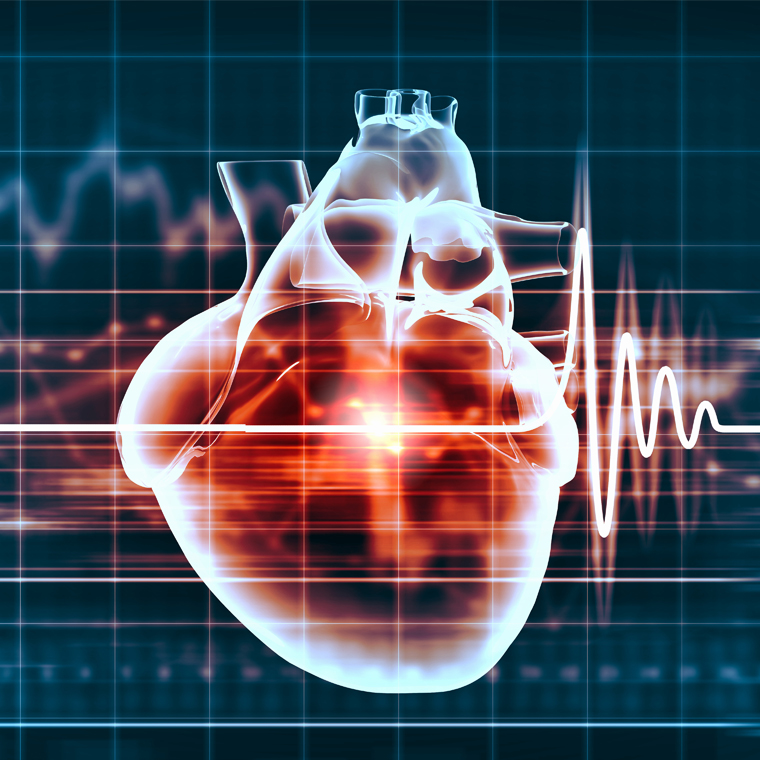 Lung Protective Ventilation in ARDS: What Is the Best Strategy?

Mr. Kallet reports no financial relationships relevant to this field of study.

The pulmonary vascular system must conduct the entire cardiac output through the lungs. Unlike other organs, the lungs possess a massive capillary system imbedded into a considerably less dense, air-tissue structure. As such, the pulmonary vasculature functions as a low-resistance, high-capacitance system reflected in the design of the right ventricle (RV): a thin-walled muscular chamber. Relatively small changes in pulmonary arterial pressure (PAP) are associated with large volume changes.

Given these limitations, RV performance is vulnerable to the effects of both pulmonary disease and positive pressure ventilation. A hallmark of acute respiratory distress syndrome (ARDS) is pronounced pulmonary arterial and capillary endothelial injury resulting in arterial and microvascular thrombosis; vascular constriction from the effects of hypoxemia; hypercapnia and acidosis; vascular compression from pulmonary edema; and alveolar hyperinflation caused by mechanical ventilation.1-4 Over time, these acute changes evolve into a chronic phase characterized by vascular smooth muscle hypertrophy, fibrosis, and capillary obliteration.5

Pulmonary arterial hypertension (PAH) is defined as a mean PAP ≥ 25 mmHg when the corresponding pulmonary arterial occlusion pressure (PAOP) is < 15 mmHg.6 PAH can lead to RV dysfunction and acute cor pulmonale (ACP), characterized by severe RV dilation and paradoxical septal motion during systole, eventually causing left ventricular failure and progressive systemic hypotension if not reversed.7 It should be noted, however, that moderate RV dilation itself is not indicative of dysfunction; when combined with interventricular dyskinesia, it represents RV overload.8 The incidence of ACP in patients with ARDS is 22-25% and 50% in those with severe ARDS. 8-11 Patent foramen ovale with right-to-left intracardiac shunting occurs in approximately 16-19% of patients with ARDS and may further complicate management of hypoxemia.8,9

Prior to the advent of lung protective ventilation (LPV) strategies, there was a strong association between severity of PAH and mortality in ARDS. Mortality rates of 88% were reported in those with pulmonary vascular obstruction on angiography vs 50% in those with elevated pulmonary vascular resistance (PVR) but no vascular obstruction.12 Patients whose right atrial pressure exceeded PAOP also had a mortality risk that was five-fold greater.13 A large study of hemodynamic profiles in ARDS found that an elevated right over left ventricular stroke work index ratio was also highly predictive for mortality.14

Even in the era of LPV, increased pulmonary vascular resistance remains a common finding in ARDS, although the exact relationship between ACP and mortality in ARDS has become less clear. Some studies have reported a mortality rate of 32% in ARDS, regardless of the presence or absence of ACP.8 Others argue that ACP does not appear to influence mortality in ARDS when not aggravated by mechanical ventilation strategies (e.g., high positive end-expiratory pressure [PEEP], high plateau pressure [Pplat]).15 In contrast, Boissier et al found that in moderate-to-severe ARDS managed with LPV, the development of ACP carries a significantly higher hospital mortality (67% vs 49%).16 Likewise, a post-hoc analysis of the ARDS Network FACTT study found that patients with an elevated transpulmonary gradient (mean PAP-PAOP > 12 mmHg) also had a substantially higher mortality rate (30% vs 19%).17

The concepts of LPV and right heart protective ventilation strategies have been considered together. However, the latter approach imposes substantially stricter limitations on ventilator settings that render its application in patients with severe ARDS problematic, particularly in those with chest wall restriction. Carefully gathered observational data have reported that elevated Pplat is associated with both an increased incidence of ACP and mortality in ARDS. In particular, there appears to be an additive effect between elevated Pplat, ACP, and mortality risk. For example, those with a Pplat of 27-35 cm H2O and ACP had a three-fold higher mortality than those with normal RV function.15 Therefore, targeting a Pplat for LPV should consider current right heart function. The suggested goal is a Pplat < 26 cm H2O.15 Furthermore, a right heart protective approach targets a driving pressure (Pplat-PEEP) < 17 cm H2O; in light of more recent evidence, some have even argued for a driving pressure target of < 15 cmH2O.18,19 As a result, PEEP would be limited to < 12 cm H2O (at least in the presence of ACP). Proponents of this approach also advocate strongly for routine echocardiographic evaluation of patients early in the course of severe ARDS.

Also in contrast to traditional LPV approaches, even moderate hypercapnia should be avoided as both respiratory and metabolic acidosis increase pulmonary vascular resistance, and hypercapnia itself can exacerbate hypoxic pulmonary vasoconstriction.20-22 The recommended target is a PaCO2 < 60 mmHg, as values greater than this are associated with a nearly four-fold increased risk for ACP.10,18 Strategies to avoid hypercapnia can include upward titration of respiratory rate and removal of additional apparatus dead space (e.g., heat-moisture exchangers). These strategies, however, can in turn become problematic, as high respiratory rates during LPV are associated with intrinsic PEEP that can impair RV function and CO2 excretion when inspiratory time is not shortened.23 In turn, if inspiratory time is abbreviated too much in an effort to reduce dynamic gas trapping (e.g., to pediatric levels of < 0.7 seconds), this can also exacerbate hypercapnia by magnifying airway dead space.

What arterial pH should be targeted to protect RV function in severe ARDS is unclear. In an animal model of acute lung injury, severe respiratory acidosis (pH = 7.13) increased mean PAP and PVR by 65% and 80%, respectively. 26 These values returned towards normal when extracorporeal CO2 removal returned pH to 7.36. In a lactic acidosis model, mean PAP rises significantly at pH < 7.20 and approaches 50 mmHg at a pH of 7.10.20 Thus, in severe ARDS, adjusting supportive therapy to achieve an initial pH target > 7.20 (and ideally > 7.30) appears to be reasonable.

Despite LPV, even a moderate PEEP level (13 cm H2O) impairs RV function.27 Acute respiratory acidosis exacerbates this, where deterioration in RV function occurs at even lower levels of PEEP (11 cm H2O).22 However, the impact of PEEP on RV function may depend more on whether its application results in lung recruitment vs overdistension. Both atelectasis and alveolar overdistension are significant causes of RV afterload. A recent study suggests that when PEEP primarily causes alveolar recruitment, the negative impact on RV function is minimized.22 Other investigators have reported that moderate PEEP levels (14 cm H2O) with LPV and recruitment maneuvers did not negatively impact RV function in postoperative cardiac surgery patients whose chest compliance was similar to ARDS (35-40 mL/cm H2O).28 Recruitment maneuvers reduce atelectasis so that increases in functional (aerated) lung tissue may help reduce alveolar overdistension. Nonetheless, cardiac surgery patients typically do not exhibit pronounced pulmonary arterial and microvascular obstruction characteristic of ARDS. Generalizing these findings to ARDS requires caution.

Eighty percent of hypoxic pulmonary vasoconstriction occurs when local alveolar PO2 falls below 50-70 mmHg (the remaining 20% is attributable to abnormally low mixed venous PO2).29,30 Its impact on RV function would be proportional to the extent of parenchymal damage. This invites speculation that early, parsimonious use of recruitment maneuvers in severe ARDS, when the lung is more amenable to recruitment and before RV function is irreversibly impaired, paradoxically might reduce RV strain and lessen the likelihood of ACP developing later in the course of ARDS. An alternative or complementary approach is prone positioning, which physicians advocate to enhance the stabilizing effects of PEEP and facilitate lung recruitment.18 Patients with ARDS and ACP placed prone for 18 hours had a significant decrease in Pplat and PaCO2 corresponding with an even more impressive improvement in RV function.11 As local alveolar PO2 primarily determines the magnitude of pulmonary hypoxic vasoconstriction, establishing a PaO2 target for right heart protective ventilation is purely a matter of conjecture. Because the functional residual capacity is essentially the alveolar volume and one of the primary determinants of PaO2 (as well as PVR), measures of pulmonary oxygenation efficiency such as PaO2/FiO2 may be used as a marker for lung recruitment. Therefore, targeting therapies to treat both hypoxemia (PaO2 < 60 mmHg) while increasing PaO2/FiO2 to some arbitrary thresholds (e.g., > 100 or 200 mmHg), may be a reasonable starting point to guide clinical practice until further evidence is forthcoming.

In terms of medications, THAM (trometamol; tris-hydroxymethyl aminomethane), a non-CO2 generating buffer, has been used to reduce PVR and manage acidosis during LPV in ARDS.24 It allows for both correction of acidosis and reduction in PaCO2 without modifying LPV.25 Inhaled vasodilators such as nitric oxide (NO) also cause impressive reductions in PVR during LPV in severe ARDS. In patients with a mean PaCO2 of 65 mmHg, even small doses of inhaled NO (2 ppm) reduced PVR and decreased mean PAP toward levels measured during normocapnia.21 Interestingly, the positive effect of inhaled NO was not related to its impact on gas exchange, as these patients had a PaO2 of approximately 190 mmHg at baseline and PaCO2 was unaffected by NO. Treating acidosis in ARDS with boluses of sodium bicarbonate should be avoided, particularly when dead-space is elevated, as it commonly results in an acute worsening of respiratory acidosis.25

In summary, PAH and ACP are common features of ARDS and require careful reconsideration of LPV and other supportive therapies, such as buffering acidosis, inhaled vasodilators, prone positioning, and perhaps venovenous extracorporeal CO2 removal. In addition, routine echocardiographic evaluation of the effects of these therapies on RV function in patients with severe ARDS appears worthy of serious consideration. In the past 15 years, we have seen tremendous strides in both elucidating the pathophysiology and improving the management of ARDS, resulting in marked reductions in morbidity and mortality. Expanding our focus to consider the role of right heart function to help refine our approach may represent the next step forward.

Is Catheter-Directed Thrombolysis “Perfect” for the Treatment of PE?