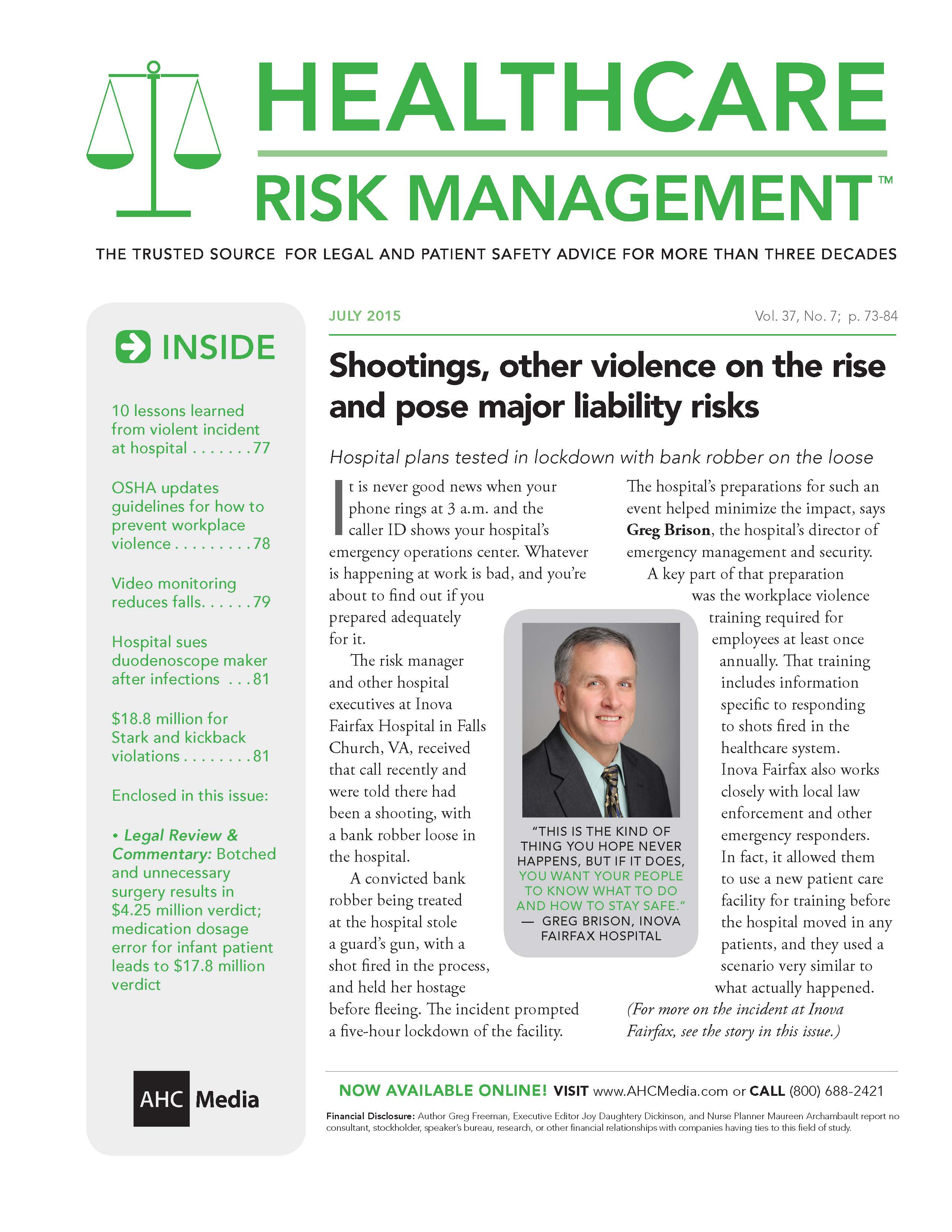 The weekend capture and shooting of prison escapee David Sweat, and his subsequent surgery at a nearby hospital, points to the need for security plans for prisoners. The July issue of Healthcare Risk Management can help with lessons learned from the recent bank robber shooting at Inova Fairfax Hospital in Falls Church, VA. Here’s a preview from this issue – see below to download the entire issue featuring the full article, FREE!

About 3 a.m. on March 31, convicted bank robber and federal prisoner Wossen Assaye, 42, was at the 833-bed hospital for treatment after a suicide attempt, accompanied by two guards from a security company contracted by the U.S. Marshals Service. The 42-year-old Assaye was restrained, but when one guard took a bathroom break, Assaye overpowered the second, explains Greg Brison, the hospital’s director of emergency management and security. The prisoner was able to get out of his restraints, but for security reasons Brison won’t say how or what type of restraints were used.

A shot was fired during the struggle, and Assaye was able to take the guard’s gun.

Shoeless and wearing only a hospital gown, he then held the female guard in front of him as a shield as he left the room. At this point the first guard returned and fired a shot at Assaye, who released the hostage and ran down a hallway and a stairwell. The guards lost sight of him at that point.

CLICK HERE todownload the entire issue featuring the full article, FREE!
OR
Subscribe to Healthcare Risk Management to receive all of its award winning news!


10 lessons learned from violent incident at hospital
Download the full issue for more details on these tips and strategies.