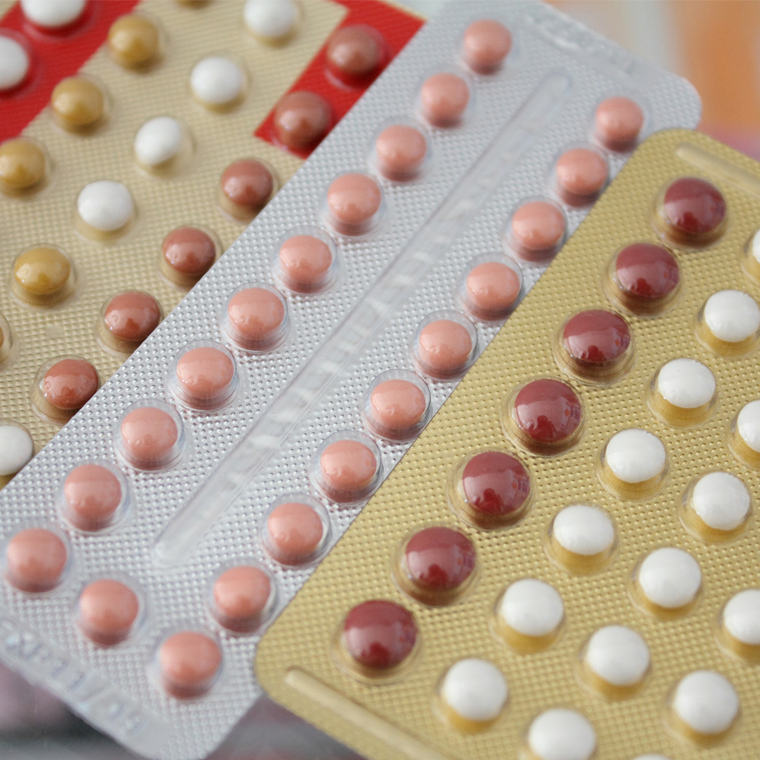 Progestins and Risk of Venous Thromboembolism: What's the Deal with Drospirenone?

The authors used two large United Kingdom general practice databases, the Clinical Practice Research Datalink (CPRD; 618 practices) and the QResearch primary care database (722 practices), to provide data for a case-control study. The stated objective was to quantify the associations between use of combined oral contraceptives (COC) and risk of venous thrombosis (VTE), adjusting for comorbidities and other available confounding factors. In particular, they sought to analyze and quantify risks associated with various types of progestogens and different doses of estrogen. Cases were women aged 15-49 years with a first diagnosis of venous thromboembolism in 2001-2013. Each case was matched with up to five controls by age, practice, and calendar year. Odds ratios were calculated for incident VTE and use of COCs in the previous year, and adjusted for smoking status, alcohol consumption, ethnic group, body mass index, comorbidities, and other contraceptive drugs. Results were calculated separately for the two datasets and then combined. A total of 10,562 cases of VTE were identified (5062 from CPRD and 5500 from QResearch). Compared to non-use of hormonal contraception, current exposure to any COC was associated with an increased risk of venous thromboembolism (adjusted odds ratio [aOR], 2.97; 95% confidence interval [CI], 2.78-3.17). Setting levonorgestrel (LNG) products as the reference, an increased odds of VTE was seen in women using desogestrel (aOR, 1.80; CI, 1.52-2.13), gestodene (aOR, 1.52; CI, 1.24-1.87), drospirenone (aOR, 1.75; CI, 1.43-2.12), and cyproterone (aOR, 1.80; CI, 1.49-2.18). The odds were not increased for norgestimate or norethisterone (norethindrone). The authors estimated that compared to non-users, the number of extra cases of venous thromboembolism expected per year for 10,000 COC-treated women would be lowest for levonorgestrel (6 cases; CI, 5-7) and norgestimate (6; CI, 5-8), and highest for desogestrel (14; CI, 11-17) and cyproterone (14; CI, 11-17).

I first learned about this publication from Leon Speroff, MD. He, in turn, had been notified by another Dr. Speroff, his daughter Elena, an adult nurse practitioner in Boise who recently completed her doctorate in nursing practice. Elena had forwarded a commentary from Physician’s First Watch, an electronic newsletter from Journal Watch. The headline for a review of this manuscript was “Link between newer oral contraceptives and excess VTE risk strengthened.” Really?

Strengths of the manuscript include the large number of cases of VTE (10,562) and extensive use of matching of cases to control. Since the databases provided all of the associated diagnoses recorded by general practitioners for each case and control, a wide variety of comorbid conditions were available for adjustment. Of particular importance was the availability of information on body mass index (BMI) in most, but not all, of the cases (12-20% not available) and controls (16-22%). The final analyses were adjusted for BMI, smoking status, alcohol consumption, ethnic group, chronic and acute conditions, and use of other hormonal contraceptives. However, key confounders that may influence prescription (polycystic ovarian syndrome, acne, and hirsutism) were not available or considered in the adjustment. To be fair, in response to an online comment, the authors recalculated the ORs with “additional adjustment for possible symptoms of polycystic ovary syndrome,” and noted that this did not change the magnitude or significance of their findings (see http://www.bmj.com/content/350/bmj.h2135/rapid-responses).

However, it is unlikely this adjustment completely corrected for the core problem with database and case-control studies — preferential prescription of low androgen progestogens to women at higher risk of VTE.1,2 Another interesting finding suggesting prescription bias and healthy user effect is the analysis in the current paper for duration of use; a significantly increased risk for new users and restarters was seen only for LNG products. One possible explanation (not reported by the authors) is that large numbers of women have been moved from newer progestogens to LNG in recent years, increasing the high-risk pool among LNG users. It may take another decade to sort this out in epidemiologic studies.

Preferential prescribing of newer low-dose/low-androgen products is also the likely explanation for the findings seen with respect to estrogen dose. Farmer initially pointed out the “inverse-dose response” for ethinyl estradiol (EE) and VTE risk during the first pill scare in the 1990s (see Table 1).3 A biologically non-plausible increase in VTE risk was seen with more recently introduced 20 mcg EE desogestrel and cyproterone pills compared to higher-dose pills with the same dose of the progestogen. Similar results are observed (but not discussed) in the current paper. I calculated the crude OR for VTE (compared to LNG) for 20 mcg EE norethisterone at 1.25 (CI, 0.95-1.64), while for 30/40 mcg the OR is 1.02 (CI, 0.82-1.27). For 20 mcg gestodene, the OR is 2.24 (CI, 1.46-3.44) while for 30 mcg the OR is reduced at 1.46 (CI, 1.18-1.80). Only with the desogestrel preparations was the risk higher with 30/40 mcg EE (OR 1.87; CI, 1.54-2.25) than for 20 mcg (OR, 1.71; CI, 1.34-2.17). Data for 20 mcg and 30 mcg drospirenone was not provided. The only explanations for this “inverse dose response” are preferential prescription of lower estrogen pills to women at greater risk of VTE and the healthy user effect (new starts and switchers have a higher risk of VTE than continuing users).4 This provides strong evidence that the observed differential effect of progestogen type seen in the Vinogradova paper also reflects preferential prescribing of newer low-androgen pills to high-risk women.

To conclude, this new publication does not “strengthen the association” of low-androgen progestogens and VTE risk. Although the paper is consistent with the findings of the quasi-prospective Danish database studies performed by Lidegaard,5 the methodology is inferior to the true prospective post-marketing studies conducted by Dinger and the ZEG Institute.6-8 The passion of this issue is evident in every publication. The current manuscript places numbers of actual women at risk in the abstract, suggesting an additional eight cases of VTE per 10,000 women using desogestrel compared to LNG COCs. However, I do not find these data convincing and neither should you.

My recommendations remain unchanged: Approach the subject of pill prescription in terms of efficacy and safety. For many women, a long-acting reversible contraceptive method may be better. For women who prefer to use an OC, most will do very well on low-cost generic pills, and generally these should be recommended first. Moving to first-line prescription of LNG products is reasonable as they are inexpensive and effective. However, some women may have baseline concerns about androgen-related side effects, such as acne, and this should be taken into account during counseling. Although there are insufficient data to compare various preparations head-to-head, low androgen pills may be preferable under these circumstances. Other medical problems (cyclic mood disorders, heavy bleeding) also should be considered. All combined products carry an increase in VTE risk that is 2-3 times higher than baseline, but about half as high as the risk seen in pregnancy. Although I personally disagree with the conclusion that drospirenone and desogestrel (including the etonogestrel ring) products are associated with an increase in risk, the FDA mandated package insert of drospirenone pills discusses this, so it needs to be mentioned. During the clinical encounter, you and your patient need to decide on her priorities and goals for prescription of a combined hormonal method. You should carefully document both the pertinent positive and negative findings on your history and exam, as well as the clinical decision-making used to choose a product. As mentioned previously, I think this practice provides protection to you and choice to your patient.

Vulvar Lichen Sclerosus: How Long Should Women Be Treated?

Mammography and the Overdiagnosis of Breast Cancer: What to Do?