Home » What's in a Name: Should Protocols for Sepsis Treatment Be So Complete?
Special Feature

What's in a Name: Should Protocols for Sepsis Treatment Be So Complete? 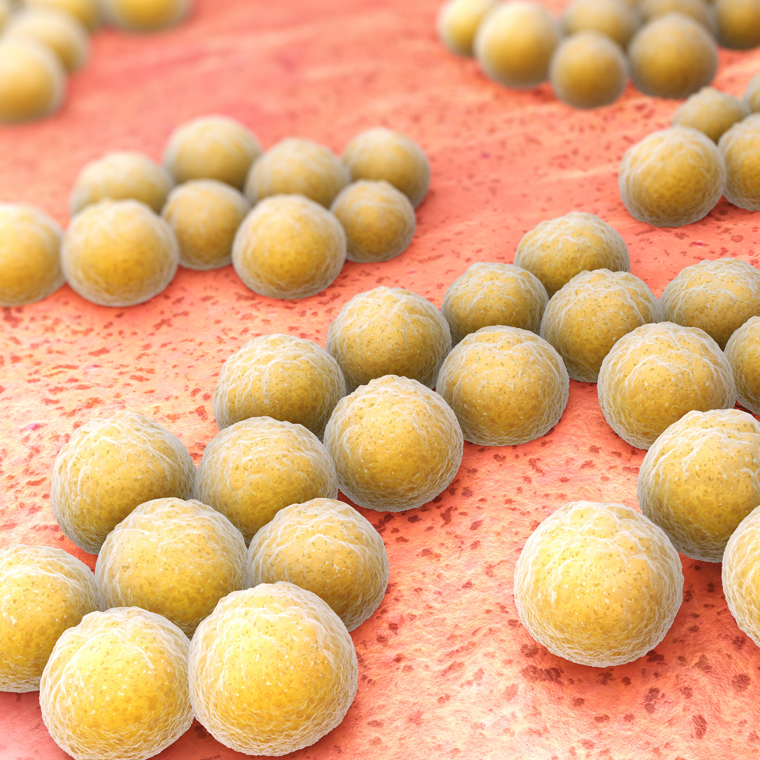 Blood Pressure Treatment for Stroke Patients: What Should Be the First Line?

A Clinical Debate: Should Thrombolytic Therapy be the First-Line Treatment for A

Peramivir: A Newly Approved Antiviral for Treatment of Influenza

Dr. Nadler reports no relationships relevant to this field of study.

Sepsis is a systemic inflammatory response to a variety of infectious processes. Often seen in modern hospitals, this phenomenon was described more than two millennia ago by Hippocrates as the process through “which flesh is made rotten.”1 Despite this long awareness of sepsis, it remains challenging to properly diagnose and treat today, leading to high mortality despite protocolized care.2,3 One of the first sepsis protocols was implemented by Ignaz Semmelweis in the 19th century when he insisted on hand washing with chlorinated lime solution prior to exams of pregnant women, significantly reducing the mortality rate from puerperal fever. Although it was not widely accepted in his time, other researchers, such as Lister, Koch, and Schottmuller, further extended this insight and developed methods for preventing sepsis.

In 2001, Rivers et al published a landmark study describing the efficacy of a comprehensive protocol driven by specific goals of treatment in 263 patients with sepsis.4 This became known as early goal-directed therapy (EGDT). The fundamental principle underlying this protocol was to match oxygen delivery to oxygen demand, thereby limiting organ damage and subsequent mortality. Patients with sepsis in the EGDT arm received a central venous catheter (CVC) with continuous central venous O2 saturation (ScvO2) monitoring, fluid until the central venous pressure (CVP) measured > 8-12 mmHg, vasopressors to achieve a mean arterial pressure (MAP) > 65 mmHg, and transfusions of packed red cells and inotropes to maintain ScvO2 > 70%. The standard care arm targeted a CVP > 8-12, MAP > 65, and urine output > 0.5 mL/kg/hr. In-hospital mortality was significantly lower in the EGDT group (38/130, 38%) than in the standard therapy group (59/133, 46.5%; relative risk = 0.58, P < 0.009). A benefit was also observed with 28- and 60-day mortality.

With these results, the EGDT protocol was disseminated as part of the Surviving Sepsis Campaign. A subsequent meta-analysis composed largely of before and after trials demonstrated that adoption of sepsis protocols improved mortality.5 However, questions arose regarding the necessity of every step within this complicated protocol.6 Recently, several large, randomized, controlled trials examined whether all components of EGDT are important for improving survival.7-9 Additional studies specifically addressed the utility of CVP monitoring, the goal of ScvO2 for resuscitation, and appropriate transfusion thresholds.10-12

In May 2014, the Protocolized Care for Early Septic Shock (ProCESS) trial was published.7 This multicenter, randomized, controlled trial of 1341 patients compared three approaches to early sepsis care. The first approach was EGDT as described by Rivers in 2001. The second arm used a “protocol-based standard of care” that did not mandate central line placement, ScvO2 monitoring, inotropes, or blood transfusions, but contained other components of EGDT. The third arm was “usual care” in which there were no prompts or educational materials given to staff managing these patients. Remarkably, the primary outcome of 60-day mortality was similar in all three arms (21%, 18.2%, and 18.9%, respectively). The major difference was an increased admission rate to the ICU in the EGDT arm (91.3% vs 85.4% and 86.2%). When compared with EGDT, the protocol-based and usual care arms led to significantly lower rates of central line placement, use of inotropes, and blood transfusions (see Table 1). Reports of serious adverse effects were similar in each group. In a post-hoc analysis, there was no effect when adjusting for APACHE II scores, lactate levels, or randomization times. This cohort had similar demographics to the Rivers study, although these patients were slightly younger and had fewer comorbidities.

The Australian Resuscitation in Sepsis Evaluation (ARISE) trial followed the ProCESS trial.8 This was another multicenter trial that included 1600 patients, mostly in Australia and New Zealand, and compared EGDT with “usual care.” Similar to the ProCESS trial, usual care meant all investigations, monitoring, and treatment were only instituted if the primary team considered it clinically indicated. The primary endpoint was 90-day mortality with secondary endpoints evaluating duration of stay and necessity for organ support, such as mechanical ventilation, renal-replacement therapy, and vasopressors. As with the ProCESS trial, there was no significant difference in 90-day mortality between the EGDT and usual care groups (18.6% vs 18.8%; see Table 1). Furthermore, a prespecified subgroup analysis failed to demonstrate a benefit from EGDT when stratified by age, APACHE II score, use of invasive mechanical ventilation, refractory hypotension, or hypoperfusion. There were fewer central venous catheters overall as well as fewer arterial lines placed in the usual care group (91.4% vs 76.3%) (see Table 1). The total amount of intravenous fluid was similar in the two groups (1964 mL vs 1714 mL, P = 0.51). Similar to the ProCESS trial, the usual care group used less inotropes and red cell transfusions than the EGDT group (see Table 1). No differences in rates of adverse outcomes were observed between the two groups.

The Protocolized Management in Sepsis (ProMISe) trial continued the investigation of protocolized care for early sepsis.9 This multicenter trial randomized 1260 patients from 56 centers in England to EGDT vs usual care. The primary outcome was 90-day mortality with secondary outcomes, including Sequential Organ Failure Assessment (SOFA) scores at 6 and 72 hours, advanced organ support, and length of stay in the ED and ICU, among others. Although this study demonstrated overall higher mortality than ProCESS and ARISE, there was no statistically significant difference in mortality between the EGDT and usual care groups (29.5% vs 29.2%; see Table 1). Again, the two groups had similar intravenous fluid administration but fewer use of inotropes, central lines, and red cell transfusions in the usual care group (see Table 1). Interestingly, average SOFA scores were higher in the EGDT group than the usual care group at 6 and 72 hours (6.4 vs 5.6 and 4.0 vs 3.7, respectively) while their baseline values were similar (4.2 and 4.3). There were no differences between the EGDT and usual care groups with respect to advanced respiratory support (28.9% vs 28.5%, P = 0.90) or renal support (14.2% vs 13.2%, P = 0.97). There were more patients requiring advanced cardiovascular support in the EGDT group (37.0% vs 30.9%, P = 0.026), and this group had a longer median ICU length of stay (2.6 vs 2.2 days, P = 0.005). The ProMISe study further evaluated cost-effectiveness and demonstrated no significant difference in health-related quality of life, quality-adjusted life-years up to 90 days, costs to 90 days, or incremental net benefit up to 90 days of EGDT compared with usual care. As before, there was no difference in adverse effects between the groups.

How do we reconcile the early success of EGDT with more recent trials that demonstrate similar efficacy of EGDT with “usual care”? It is clear that mortality due to sepsis has steadily decreased since 2000.2,13 Using the Healthcare Costs and Utilization Project’s Nationwide Inpatient sample, Kumar et al demonstrated that between 2000 and 2007 while the number of hospitalizations for sepsis increased from 143 to 243 per 100,000 and the number of organ systems affected increased from 1.6 to 1.9, the mortality rate from sepsis decreased from 39% to 27%.2 Similar trends are evident overseas.13 Clinicians have become better at treating sepsis. In the Rivers study, patients receiving EGDT had significantly more fluid given than standard therapy (4981 vs 3499 mL, P < 0.001).4 In the ProCESS, ARISE, and ProMISe trials, the treatment and usual care arms generally had similar fluid administration, source control measures, and early antibiotics.7-9 With the publication by Rivers of EGDT in 2001, early and aggressive treatment of sepsis has become “usual care.”

Furthermore, there is a better understanding of the important physiologic goals for treatment. Crucial for EGDT was the placement of ScvO2 catheters that not only allowed for infusion of vasopressor agents, but also measurements of CVP for fluid management and ScvO2 measurements to direct transfusion and inotropic support. However, it has become clear that CVP is not the best determinant of fluid-responsiveness in hypotension. In a systematic review of 24 studies including 803 patients, Marik et al demonstrated a very poor relationship between CVP, intravascular volume, and the ability of CVP to predict the hemodynamic response to fluid challenges.10 The likelihood of CVP predicting fluid responsiveness was 56%, “no better than flipping a coin.” ScvO2 is an imperfect surrogate for tissue perfusion, and the goal of ScvO2 > 70% may not optimize tissue perfusion. Jones et al studied a protocol directed at improving lactate instead of optimizing ScvO2 and demonstrated no difference in mortality.11 There may not be a need for ScvO2 monitoring. Finally, EGDT protocols targeted a hematocrit > 30% when ScvO2 was low. Recently, Holst et al reported no difference in 90-day mortality in patients with septic shock randomized to a conservative transfusion threshold (hematocrit
< 21%) vs a more liberal threshold (hematocrit
< 28%).12

CVP monitoring, ScvO2 goals, and transfusions are unlikely to significantly affect outcomes in sepsis. In fact, a thorough evaluation of the effect of each component of sepsis bundles individually did not demonstrate large treatment effects for many variables.14 While overall mortality improved with the adoption of sepsis protocols, risk-adjusted odds ratios of mortality due to achieving CVP > 8 and ScvO2 > 70 were 1.00 and 0.98 respectively (P = 0.98 and 0.69). In contrast, within this same study significant effects were seen in obtaining blood cultures prior to antibiotics (odds ratio [OR], 0.76; P < 0.0001), commencing broad spectrum antibiotics (OR, 0.86; P < 0.0001), and plateau pressure control with mechanical ventilation (OR, 0.70; P <0.0001). Many interventions within EGDT protocols were not shown to affect outcomes.

With these studies in mind, where do we stand on protocols for the identification and treatment of sepsis? It may be the legacy of Rivers et al that the key interventions are early and aggressive management of sepsis with fluids, antibiotics, and source control. The protocolized approach originally proposed and studied served to direct needed attention and resources to the early recognition and treatment of sepsis. It is the repeated assessment, management of fluids, and attention to organ dysfunction that are the critical pieces of the protocol. CVP measurement, ScvO2 monitoring, and transfusions, while part of EGDT, are not driving the improvements in mortality. That is not to say protocols are unimportant for sepsis management. As we learn which parameters are most predictive of fluid responsiveness and which are the best indications of poor tissue perfusion, we can refine these protocols further and continue to drive sepsis mortality downward. And of course, don’t forget to wash your hands.

What's in a Name: Should Protocols for Sepsis Treatment Be So Complete?