INDIANAPOLIS, IN – Can emergency departments really be completely prepared for the crush of trauma patients from catastrophic events such as the Boston Marathon bombing in 2013 or even the Amtrak train crash in Philadelphia a few months ago?

Maybe not, but a trauma scoring system, reported recently in an article published online by the Journal of the American College of Surgeons, might be able to help. The Trauma Surge Index (TSI) was developed by surgeon Peter C. Jenkins, MD, MSc, and a team of investigators from Indiana University.

"Overall, hospitals are poorly equipped to recognize these events," said Jenkins. "People identify events that are renown, like 9-11 or the Boston Marathon bombing, but there are other periods of high-capacity strain on hospital trauma centers that often just fly under the radar, especially if the hospital concurrently receives patients from multiple events – a bus accident over here, a fire over there, and a shooting."

Making sure an ED is prepared for a surge can be lifesaving, the study authors emphasized. Using the TSI, investigators determined that trauma patients admitted to the hospital during high-surge periods died at much higher rates than patients admitted on other occasions, 9.9% compared to 6.3%. For patients with gunshot wounds, the risk was significantly greater: a death rate of 42% during high surge periods vs. 15.5% normally.

Two variables are included in the TSI: the severity of each patient's injury, and the time and date of each patient's admission to the hospital. Surge activity is ranked on a scale from 0 to "greater than 8,” which is the highest score. A retrospective measure, the TSI tracks annual volume and severity of trauma injury for an individual hospital so that physicians and hospital administrators can make sure the ED is ready for whatever comes along.

Part of the problem with past measures, according to the investigators, is that they failed to consider the severity of injuries and the differences in the sizes of varying hospitals. "To say 10 patients over a 12-hour period is a surge is arbitrary," Jenkins said. "That might be true for a low-volume community hospital, but for a high-volume trauma center, that's an average day."

To account for the severity of patients' injuries, the TSI employs the Injury Severity Score. It also includes data from the Trauma Quality Improvement Program of the American College of Surgeons.

Jenkins called the increased death rate among shooting victims "one interesting and unexpected result,” explaining that gunshot wounds can be extremely resource intensive and difficult to manage during high surge periods.

The Emergency Medicine Reports Summit is a two-day event offering expert presentations, interactive workshops, and invaluable networking opportunities in the live entertainment capital of the world. Join us August 28-29 at the Encore Hotel in Las Vegas. Use the code PUSH40 to waive the $399 attendance and CME/CNE fees. Click here to register

Use of Clotbusters for Strokes Widely Inconsistent Across United States

ANN ARBOR, MI – Is your emergency department using tissue plasminogen activator (tPA) as often as it should for stroke patients? The answer might depend on its location.

A new study, published recently in the journal Stroke, finds wide geographic variation in use of clotbuster drugs. In fact, according to University of Michigan researchers, only 4.2% of the more than 844,000 stroke victims in the study received tPA or another urgent stroke treatment, the study finds.

Looking at tPA use in Medicare patients in the nation's 3,436 different hospital markets between 2007 and 2010, the investigators found that, in one-fifth of the regions, no patients received the drug at all.

Elsewhere, great variation occurred, with as many as 14% of stroke patients receiving tPA intravenously or intrarterially in areas such as Stanford, CA, or Asheville, NC. In the top fifth, an average of 9% of patients got clotbusting treatment.

"These results scream that a major opportunity exists to improve emergency stroke care, if only we can understand how these differences arise and how to eliminate them," explained senior author James Burke, MD, MS, assistant professor in neurology at Michigan and the Veterans Affairs Ann Arbor Healthcare System. "If we had a perfect system in place nationwide, which delivered treatment at the highest rates seen in this study, thousands of patients could be spared disability."

The chasm in emergency stroke treatment continued, even after adjustment for the number of strokes in each region over the four year period. The study also found older patients, women, and members of racial and ethnic minority groups were less likely to be administered tPA, no matter where they lived.

If all regions had achieved the same 14% rate of tPA use as the top regions, more than 92,800 people would have been treated, and 8,078 additional people would have survived their stroke disability-free, the researchers suggest.

Even a doubling of current tPA use across the country would have spared more than 7,000 patients disability, they add.

While areas with less tPA use did tend to have lower average levels of education and income, have higher unemployment and be more sparsely populated, the top areas for clot buster use were dispersed across the country – in urban and rural areas as well as rich and poor ones. 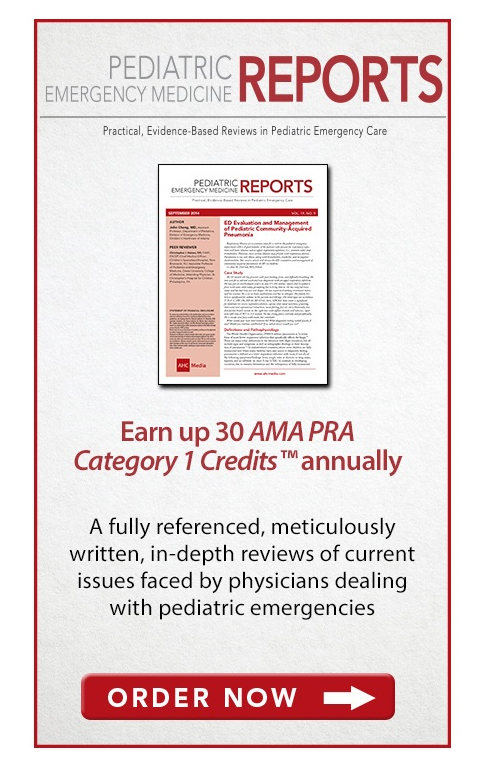 The solution, according to an article published online recently by the journal Pediatrics, is greater use of simulation training.

The study, led by pediatric emergency physicians at Baylor College of Medicine in Houston, included a survey sent to the directors and associate directors of 73 different pediatric emergency medicine fellowship programs. Garnering a 95% response rate, the survey was developed in collaboration with American Academy of Pediatrics Section on Emergency Medicine Program Directors Committee to document and analyze the use of simulation training.

In fact, the use of simulation training increased from only 63% reported in a similar study in 2008.

“Simulation is now ubiquitous … and is being applied to a wide spectrum of training topics,” study authors write. “Shared curricula and assessment tools, increased faculty and financial support, and regionalization for programs with less local resources could further ameliorate barriers to pediatric emergency medicine fellowship simulation.”

Simulation training can employ simple mannequins, high fidelity simulators that can be programmed to respond appropriately or even simulated patients played by actors, according to the article.

According to the survey, most of the simulation programs focus on resuscitation (71%), procedures (63%), and teamwork/communication (38%). Simulation is used to evaluate procedural competency and resuscitation management in 37% of the respondents’ programs.

The programs also reported obstacles to investing more in simulation training, however.

WASHINGTON, DC – The conventional wisdom has been that, when prescription opioids became harder to abuse, users turned to street drugs to control pain and maintain a high. That, according to the theory, is why more patients are showing up in your ED overdosed on heroin.

A new study published recently in the Morbidity & Mortality Weekly Report, says it’s not that simple, however.

Instead, they suggest that “multiple, and possible interacting, factors” contribute to the changing pattern of heroin use and overdose deaths.

Whatever the cause, heroin use and overdose deaths have increased significantly in the United States.

One of the biggest changes is the evolution in demographics among heroin users. During 2002–2011, rates of heroin initiation were reported to be highest among males, persons aged 18–25 years, non-Hispanic whites, those with an annual household income greater than $20,000, and those residing in the Northeast.

The gap between men and women narrowed during the two study periods, but the more significant change involved age groups; the 18–25 cohort experienced the largest increase in heroin use, 108.6%, between 2002–2004 and 2011–2013. Furthermore, the rate of past-year heroin use among non-Hispanic whites increased 114.3% during that time period. Use also rose among those with higher incomes.

While the highest rate of heroin use was consistently found among concurrent users of cocaine, the largest percentage increase, 138.2%, occurred among nonmedical users of opioid pain relievers.