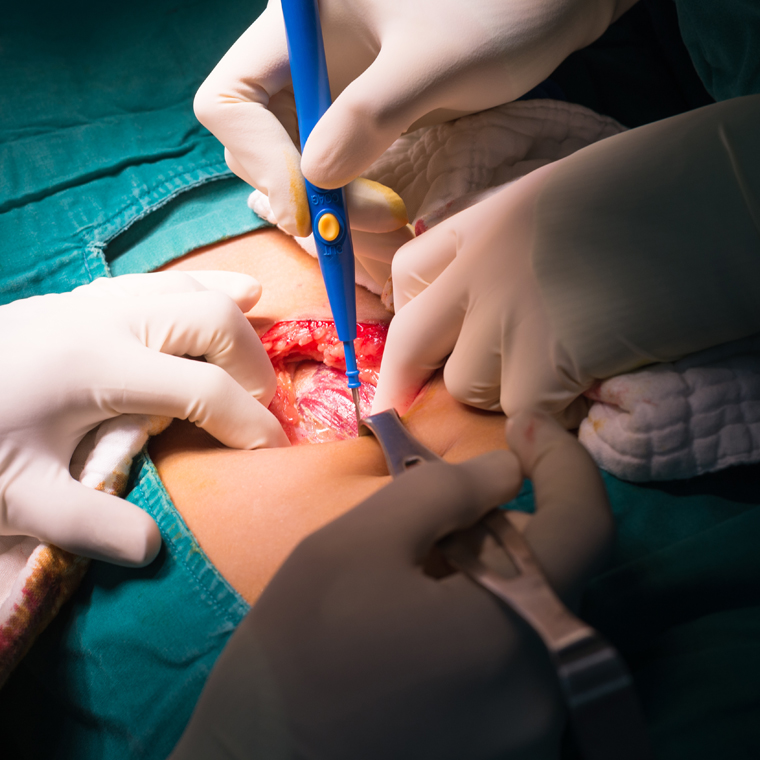 SYNOPSIS: A randomized, multicenter clinical trial compared antibiotic therapy to surgery for uncomplicated acute appendicitis and found most patients who received antibiotics did not require appendectomy during the one-year follow-up period. Of those who needed surgery after treatment with antibiotics, the risk for complications was low.

Appendectomy has been the treatment for acute appendicitis since the late nineteenth century. During the past decade, the notion of treating acute appendicitis with antibiotics alone has been proposed and evaluated in several clinical trials. However, these trials have been criticized because of methodological limitations. Therefore, Salminen and colleagues aimed to test the hypothesis that acute appendicitis could be successfully treated with antibiotics and surgery avoided using a more robust study design that would overcome the limitations of previous trials.

The study was a randomized, open-label, non-inferiority clinical trial conducted at 6 Finnish hospitals between 2009 and 2012. Inclusion criteria were patients between 18 and 60 years of age who presented to the emergency department (ED) with clinical symptoms of acute appendicitis confirmed by CT scan. Those with complicated appendicitis including perforation, presence of an appendicolith, abscess or tumor were excluded. Randomization was performed with a 1:1 allocation ratio for either open appendectomy or antibiotic therapy. Ertapenem was given to those patients in the antibiotic treatment group for 3 days, with the first dose given in the ED. Following intravenous therapy, oral levofloxacin and metronidazole were prescribed for 7 days. The primary endpoint in the antibiotic group was resolution of appendicitis without surgery and no recurrent appendicitis over the next one year. The secondary end points were overall post-intervention complications, late recurrence (more than one year) of acute appendicitis after antibiotic therapy, length of hospital stay, length of sick leave used by the patient, and post-intervention pain issues.

Of the 530 patients randomized, 273 underwent appendectomy and 257 were assigned to antibiotic therapy. After one year, 186 patients in the antibiotic group did not require appendectomy (72.7%), while 70 patients did (27.3%). Moreover, despite having recurrent appendicitis and delayed operation, the surgical complication rate for the patients in the antibiotic group who eventually needed an appendectomy was 7% compared to 20.5% in the surgical group (P = .02). The overall complication rate was also significantly lower in the antibiotic group (2.8% vs 20.5%, P < .001). Length of hospitalization was similar between the groups (median, 3 days), while pain scores and length of sick leave (median 19.0 days vs. 7.0 days) favored the antibiotic group. At the beginning of the study, the investigators established 24% as the minimum clinically important difference between the treatment groups. The intention-to-treat analysis revealed a difference of -27%, meaning the results did not demonstrate noninferiority of antibiotic therapy relative to surgical therapy (P =.89).

The findings of Salminen and colleagues support the hypothesis that many patients with acute appendicitis can be treated with antibiotics alone, and even the ones who fail antibiotic therapy and eventually undergo appendectomy will likely have an uncomplicated course. A particular strength of the study was the reliance on CT scans to diagnose acute appendicitis. This has proven to be a more accurate method to diagnose appendicitis than older ones, i.e., history and physical examination. The use of CT scans minimized diagnostic uncertainty in the trial and allowed for exclusion of intraluminal appendicoliths, which can lead to complicated acute appendicitis. A potential use of these data could be to serve as the basis of a scoring system that would help clinicians determine which patients should undergo appendectomy and which should be treated with antibiotics alone.

Although this was a seminal study, one limitation was that antibiotic therapy did not prove to be noninferior to surgical intervention, which is currently the standard of care. My suspicion is that this was due methodological reasons and not from a true weakness of antibiotics per se. For example, the investigators had difficulty enrolling patients in the trial necessitating a re-evaluation of the sample size that may have led to underpowering and indeterminate results. Further studies are needed to conclusively validate the findings of Salminen and colleagues.

How will this study impact clinical practice? There is now good evidence that select patients with acute uncomplicated appendicitis (i.e., nonpregnant, older than 18 years, not systemically ill) diagnosed by CT scan can be successfully treated with antibiotics (intravenous ertapenem for 3 days followed by 7 days of oral levofloxacin and metronidazole) with close follow up. While we wait on additional studies, antibiotic therapy instead of immediate appendectomy seems to be a reasonable option that can be discussed with some patients who present to the ED with acute appendicitis.

BCG — Back to the Future?