Provocative Cardiovascular Testing for Everyone with Chest Pain? 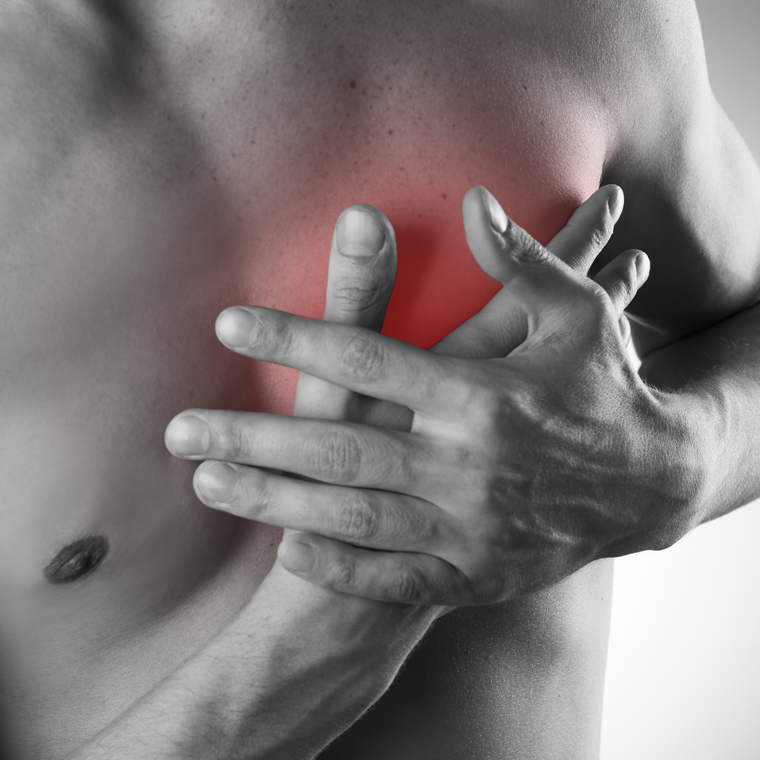 Non-Invasive Prenatal Testing for Any Patient: the Next Steps

Dr. Karpman reports no financial relationships related to this field of study.

SYNOPSIS: In patients with acute chest pain evaluated in a chest pain evaluation center, the yield from routine use of provocative noninvasive testing in determining the presence of occlusive coronary artery disease was low.

Cardiology guidelines have encouraged provocative cardiovascular testing even for low-risk patients with chest pain presenting to ED. However, the recent literature has suggested that indiscriminate testing of these patients resulted in a low yield of patients with hemodynamically significant coronary artery disease.1 Winchester et al decided to determine the diagnostic yield of routine noninvasive provocative cardiovascular testing studies in an acute chest pain population preselected to be at low cardiovascular risk.2 They established a chest pain evaluation center (CPEC) within the ED of the University of Florida. Patients were selected for observation within the CPEC if they had no known heart disease and no evidence of ischemia based on initial electrocardiogram and biomarker testing. The patient population consisted of 213 subjects who were predominantly women with a prevalence of diabetes (10.3%), hypertension (37.1%), hyperlipidemia (17.8%), and current tobacco use (23.5%). Exercise modalities included treadmill testing (49%), computed tomography coronary angiography (27%), and myocardial perfusion imaging (9%) in the 203 patients who were tested. Eleven participants had abnormal test results and only four were demonstrated to have obstructive coronary artery disease (CAD), based on invasive coronary angiography resulting in an overall diagnostic yield for obstructive CAD of only 2.5%. They concluded that in patients with acute chest pain evaluated in a CPEC, the yield of routine use of noninvasive testing for CAD was minimal and that the positive predictive value of an abnormal test was quite low.

The results of the study by Winchester et al correlated with the results of previously published studies that revealed the yield is quite low in low-risk patients with chest pain who undergo provocative testing.1-4 In this study, the chest pain severity, duration, and character did not identify patients with positive noninvasive tests. However, it should be clearly recognized that the size of the study group was extremely small and almost certainly inadequate for definitive conclusions in this regard. Equally important, although the overall diagnostic yield for obstructive coronary artery disease in patients was only 2.5%, it would be a significant oversight to overlook significant obstructive CAD even in this small number of patients and despite the fact that the pretest likelihood of CAD was low. This is an important consideration, especially since the concern about doing provocative cardiac testing is only economic in nature and not related to the extraordinarily low volumes of complications associated with these provocative testing studies. Finally, the limitations of the Winchester study should be recognized in so much as the study population was extremely small, all came from a single center, and there may have been selection bias through triage in the CPEC.

In summary, the results of the Winchester study certainly do not overrule any clinician’s decision in his care of chest pain patients, whether the patients are at high risk or low risk for CAD. In fact, even though only a small percentage of low-risk patients demonstrated significant obstructive CAD in this study, at this time and with the limited amount of published information available, it would appear to be prudent to perform provocative coronary artery noninvasive testing in most patients with significant chest pain while they are still in the hospital or soon after discharge, even if the hospital electrocardiograms and biochemical testing have been normal. However, the results reported in the Winchester paper would justify not performing noninvasive provocative CAD testing in extremely low-risk chest pain patients. Still, these patients should be carefully followed as outpatients and provocative testing should be performed if significant chest pain recurs.

Provocative Cardiovascular Testing for Everyone with Chest Pain?

ECG Review: What are the Clinical Implications of this Rhythm?