When is the ICU Inappropriate? Clinicians now Have Guidelines

Providers “often acquiesce instead of advocating” 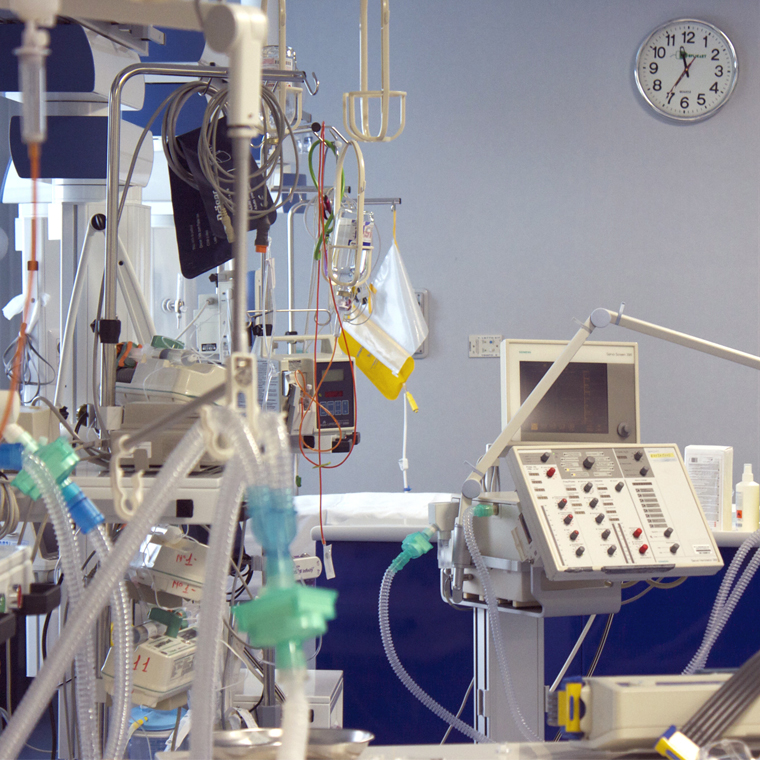 When Clinicians Ask Urgent Ethical Questions, Time Is of the Essence

CPOE: It’s not a matter of if, but when, say the experts, so the time to prepare is now

New guidelines from the American Thoracic Society support the clinical team’s decision not to offer life-sustaining treatments in some circumstances. Key recommendations include the following:

• Early involvement of expert consultants such as ethicists.

• A review of the case by a multidisciplinary ethics committee.

• Refusal to administer treatments that are truly futile.

Is there a conflict over whether a particular life-sustaining treatment should be offered to an ICU patient? The clinical team now has new guidelines from the American Thoracic Society to which to refer.

“There has never been a multisociety statement to coalesce all the different points of view from all societies into one document,” says Gabriel T. Bosslet, MD, assistant professor of clinical medicine at the Charles Warren Fairbanks Center for Medical Ethics at Indiana University in Indianapolis.

The new guidelines, Responding to Requests for Potentially Inappropriate Treatment in the Intensive Care Unit, support the clinical team’s decision not to offer life-sustaining treatments in some circumstances.1

“Conflicts over potentially inappropriate treatment — a new defined term in these guidelines — remains one of the top sources of ethics consults in U.S. hospitals,” says Thaddeus Mason Pope, JD, PhD, director of the Health Law Institute and associate professor of law at Hamline University School of Law in St. Paul, MN.

Physicians hesitate to advocate strongly for what they think is appropriate care, especially if it contradicts what the family is asking for. “They will often acquiesce, instead of advocating for the medical plan they think most appropriate,” says Bosslet, co-chair of the committee that produced the guidelines.

While researchers regularly publish articles on inappropriate ICU care in medical, ethics, and law journals, no major professional association has issued any guidelines on this topic in over a decade. “The American Thoracic Society last addressed this topic two decades ago. That is an eternity, really, in the lifespan of the conversation on appropriateness of medical treatment,” says Bosslet.

Conflicts over ICU treatment “are extremely stressful for providers,” says Bosslet. “Physicians or nurses feel they are being asked, or even forced, to do things that are of very little or marginal benefit.” Here are some key recommendations in the report:

“One of the jobs of physicians is to advocate strongly for the patient if they believe that requested care is inappropriate,” says Bosslet.

“The hope is that providers will use the ethics committee more to drive local decision-making regarding what is appropriate or inappropriate, decreasing variability in decision-making,” Bosslet says.

An early ethics consultation provides all involved parties with an independent review. Ethicists can present options, such as transfer to another institution, if the patient or family wishes to continue with a treatment that a medical team refuses, says Nancy S. Jecker, PhD, a professor in the Department of Bioethics and Humanities at University of Washington in Seattle.

“Too often, ethics involvement occurs late in the game, after sides have been drawn and conflict is deeply entrenched,” says Jecker. “A more effective use of ethics is early on, as a preventive measure, when conflicts are anticipated but have not yet taken hold.”

This includes a review of the case by a multidisciplinary ethics committee within the hospital, ongoing mediation, a second medical opinion, offering the family the option to seek to transfer the patient to an alternate institution, and informing the family of their right to appeal to the courts. “Bioethicists can play a role in developing institutional policies that set out a fair process for dispute resolution,” says Jecker.

Bioethicists can use the guidelines as a checklist to evaluate their system’s policy for addressing end-of-life conflicts. “The biggest legacy of the guidelines may be spurring the intramural development, or enhancement, of dispute avoidance and dispute resolution mechanisms,” says Pope.

According to the guidelines, if families request treatment that is truly futile — meaning that it simply cannot accomplish its physiologic aims — clinicians should refuse to administer the treatment.

The guidelines call for clinicians and society to develop substantive guidelines on which treatments are inappropriate. “The guidelines do not provide much guidance on this,” says Pope.

Jecker takes issue with the way the guidelines narrowly define futility as situations in which an intervention has no physiologic effect on the patient. “This approach renders futility largely irrelevant,” she says. “After all, physicians will not for very long continue with treatments such as cardiopulmonary resuscitation that have no effect on patients.”

Jecker emphasizes that “what matters is helping the patient, not merely producing a physiologic effect on the body.” An alternative approach, “quantitative futility,” regards a treatment as futile if the likelihood that it will achieve its intended goal falls well below a threshold considered minimal. “If the patient will never leave the ICU, for example, then CPR would be futile,” says Jecker. “The standard widely used for quantitative futility is that if a treatment has only a 1 in 100 chance of being successful, it qualifies as futile.”

The guideline’s authors “shy away from the word ‘futile,’” says Lawrence J. Schneiderman, MD, professor emeritus in the Departments of Family Medicine and Public Health and Medicine at the University of California, San Diego. Schneiderman is founding co-chair of UCSD Medical Center’s Ethics Committee.

“I don’t think the phrase ‘potentially inappropriate treatment’ escapes the kind of problem raised by the authors themselves,” says Schneiderman. “Inappropriate to whom? Inappropriate how?”

Schneiderman disagrees with the term “strictly futile” used to apply only when the intervention cannot accomplish a physiologic goal. “The focus should be on the patient, not on organ systems and body parts,” he says. “Bioethicists can usefully reflect on the well-meaning hard work of this variegated committee. I hope it will serve as the basis for even better recommendations in the future.”

Offering to insert a feeding tube to indefinitely maintain a permanently unconscious patient is obviously futile, even though all the organ systems and even parts of the brain may be working, says Schneiderman, because the patient is incapable of experiencing the intervention as a benefit.

“So is attempting rib-cracking CPR on a bedfast, terminally ill, metastatic cancer patient, not only because of the added pain that will result even if the patient survives, but because the patient has a negligible chance of leaving the hospital,” says Schneiderman.

Since hospital discharge, at the very least, should be the goal of medicine, the patient will experience no benefit from the intervention, says Schneiderman. “What would be a benefit is skillful, dedicated comfort care,” he says. “Here is where recommendations by ethics consultants can make a real difference.”

When is the ICU Inappropriate? Clinicians now Have Guidelines