Powering the Brain with Healthy Eating 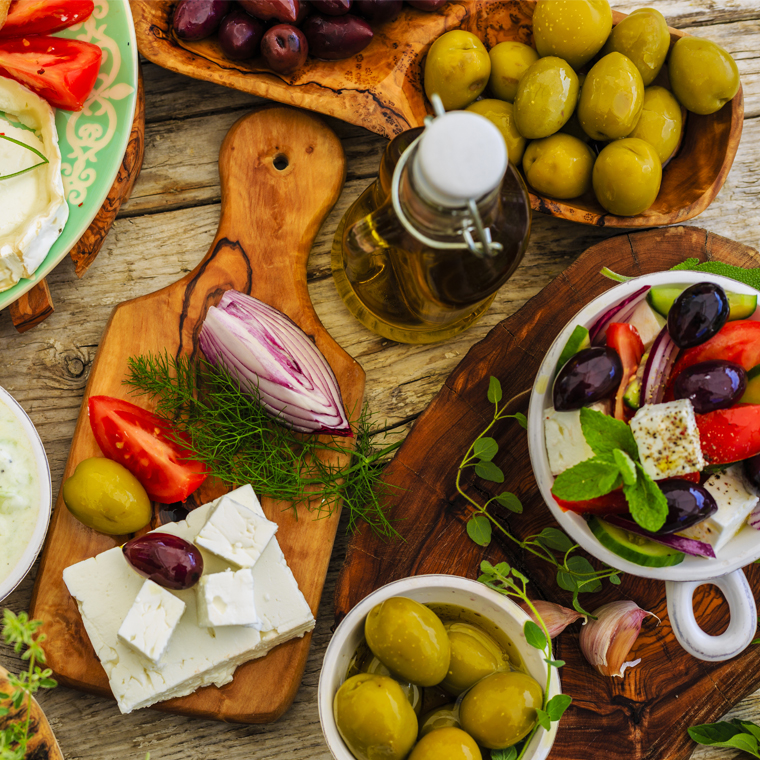 There’s a consensus among researchers that healthy eating leads to better brain function, especially if one adheres closely to the Mediterranean diet, a regimen rich in fruits, vegetables, fish, and whole grains.

In the latest attempt to back this notion, a study released this week found that in dementia-free adults, those who adhered more closely to a Mediterranean diet had larger brain volume than those who do not, and the difference between the groups was about five years of aging.

In the November 15 issue of Internal Medicine Alert, Joseph Scherger, MD, MPH, will examine a Spanish controlled trial of adults age 55 to 80, which showed that intake of a Mediterranean diet plus 1 liter of extra virgin olive oil each week improved or maintained cognitive function compared with controls on a low-fat diet who showed cognitive decline.

“The gut-brain axis is being scientifically illuminated in a way that means medical practitioners will need to start taking nutrition much more seriously. What is clear is that the low-fat diet recommendations of the ‘70s, ‘80s, and ‘90s are obsolete. The Mediterranean diet appears to be one of the best candidates for a nutrition recommendation.”

Be sure to check back with reliasmedia.com soon for the complete article.

AHC Media publications have examined this issue before, each time examining studies that confirm the power of the Mediterranean diet. In the June issue of Integrative Medicine Alert, editor David Kiefer, MD, focused on research that found moderate and high adherence to a blend of the Mediterranean and Dietary Approaches to Stop Hypertension (DASH) diets helped to slow cognitive decline over 4.5 years in a cohort aged 58 years and older.

“On one hand this is amazing in that by (merely) changing the way we eat, it is possible to prevent, in some cases, a severe and debilitating disease,” Kiefer wrote. “On the other hand, for those of us well-read on the adverse effects of inflammation and oxidation, and some surfacing connections with nutrition, it should come as no surprise that a greater adherence to the three diets studied here nudged people toward health. Anything, it seems, that we as clinicians can do to help people avoid standard American diet foods, the better.”

But is it merely the make-up of the Mediterranean diet or something more that leads to good health? Filmmakers, led by a British cardiologist, posit in a new documentary that the food, plus a variety of other healthy lifestyle choices, lead to strong health in Mediterranean residents.

Aseem Malhotra, MD, along with documentarian Donal O’Neill, visited Pioppi, Italy, the adopted home of Ancel Keys, the first scientist to tout the benefits of Mediterranean diet. While there, Malhotra and O’Neill were taken in by the joie de vivre around eating meals and the surrounding social experience.

“We need to redefine the Mediterranean diet,” Malhotra told The New York Times this week. “The truth is that it’s a lifestyle. It’s the whole approach. It’s the food. It’s the social interaction. It’s getting the right kind of exercise. It’s being outside. It’s getting sunlight and sunshine. The question, though, is how can we combine all these lessons from this village with what we know about modern medicine.”

The time in Italy also challenged the team’s notion of what constituted the traditional Mediterranean diet. From The Times:

“Although olive oil and vegetables were a constant, some aspects of the traditional diet varied greatly from one part of the region to the next. They found that pork and lamb were common in some areas, but that sugar was traditionally consumed infrequently. They learned that all olive oils are not created equal. And they discovered that the type of grain typically eaten in Pioppi is very different from what most Americans consume.

Dr. Malhotra said that in the film he would try to address some misconceptions about the diet while showing people how they could improve their health in only a few weeks by adopting various aspects of the Mediterranean lifestyle.

‘We want to show people that this is something that’s feasible for them,’ Dr. Malhotra said. ‘Simple changes can make a dramatic change to their health and vitality in a short space of time.’”

Be sure to follow all our AHC Media publications for future analysis of the Mediterranean diet and other important health research.