Infections Are At Risk Of Becoming Unpreventable 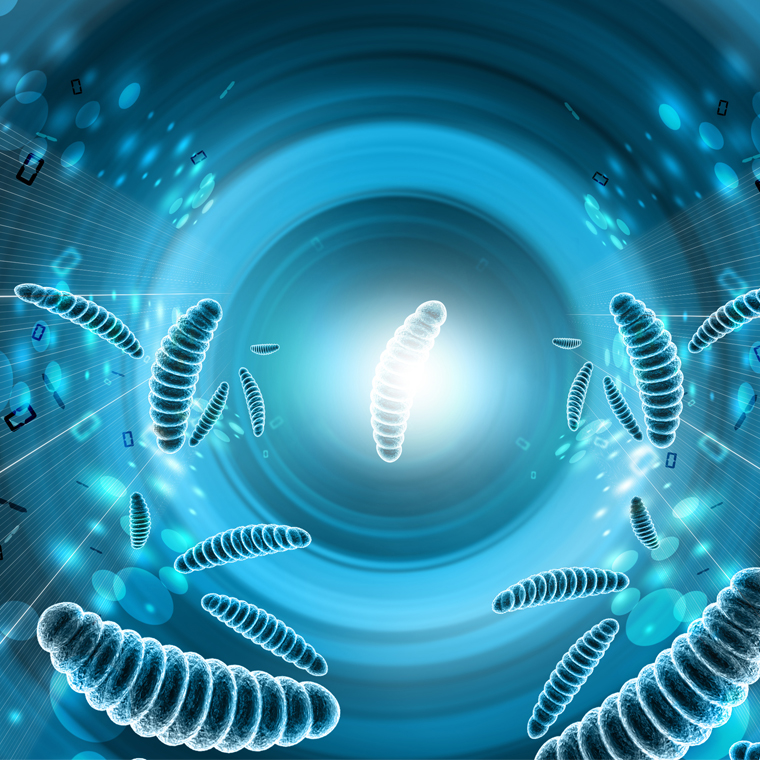 Abstract & Commentary: Patients Placed in Contact Isolation Are at Increased Risk for Delirium

Study: Strokes are becoming more common at a younger age

Are conflicts and disruptive behavior putting patients at risk at your hospital? | Single Article

Are uninsured traumas at a greater risk? | Single Article

More people are at greater risk for debt | Single Article

The warning flag signaling a post-antibiotic era of untreatable infections has been hoisted time and again to add urgency and much needed action on drug stewardship. But in addition to becoming untreatable, infections are at risk of becoming unpreventable.

Antibiotics used routinely for surgical prophylaxis are losing efficacy against drug-resistant bacteria, which could result in more surgical site infections (SSIs) and thousands of additional patient deaths annually. This insidious nuance to the international problem of antibiotic resistant bacteria is raised in a new modeling study.1 The research indicates the loss of prophylactic antibiotics routinely provided to surgical and immune-compromised patients to prevent infections could be as disastrous as losing drug efficacy for treatment. An epidemiologist with the Centers for Disease Control and Prevention (CDC), who was not involved in the study, says the findings are concerning.

“For surgical prophylaxis the beta lactam antibiotics are the workhorse agents, and a lot of resistance has developed to those,” he says. “Certainly in the surgical area that is the big category that we are worried about.”

If the efficacy of prophylactic antibiotics continues to wane, increasing infections and deaths may lead patients to forego needed procedures and accept their diminished quality of life.

“It’s always devastating when an infection happens after surgery, but when you can treat it that’s a different story,” Srinivasan says. “The prospect of having surgical site infections that you can’t treat definitely raises the stakes on infection prevention. Your best option is to prevent the infection from happening because you will be in a tough spot if infection develops.”

“That is quite a large number when you consider that these infections are a ‘side effect’ of undergoing surgery,” he says. “But what is more subtle and difficult to quantify is the fact that the high risk of infection and mortality could influence decision making on the part of patients as to whether they want to go through with a hip or knee replacement. The real takeaway here is that modern medicine and a lot of surgery depends on effective antibiotics. If we [lose] antibiotics then we have to give up many of the gains of modern medicine.”

It’s not as if this problem is not already daunting, as SSIs are one of the leading healthcare-associated infections, with more than 150,000 occurring annually at a mortality rate of 3%, according to the CDC. In addition, 75% of patient deaths are directly attributable to the SSI, making prevention critical.

Laxminarayan and colleagues searched the medical literature, identifying meta-analyses and reviews of randomized, controlled trials of antibiotic prophylaxis in preventing infections and deaths after surgical procedures and immunosuppressing cancer chemotherapy. They also investigated the potential consequences of increased antibiotic resistance for the 10 most common surgical procedures and immunosuppressing cancer chemotherapies that rely on drug prophylaxis. The study is thought to provide the first estimates of the potential effect of antibiotic resistance on the efficacy of drug prophylaxis for a range of surgeries and cancer treatments. The primary focus heretofore has been the inability to treat infections caused by agents impervious to the drug formulary.

“It’s natural that one would focus on ‘reactive’ antibiotic use to treat infectious diseases,” Laxminarayan says. “That is what clinicians most frequently encounter as a problem of resistance - they see a patient with a bacterial infection that does not respond to antibiotics. There hasn’t been as much of a focus on prophylactic use and how that varies by physicians. It is hard to perform an experimental design and that is why we had to resort to modeling studies.”

Researchers modeled different scenarios of reduction in the efficacy of antibiotic prophylaxis, estimating the additional number of infections and infection-related deaths per year in the United States for each level. For example, if bacterial resistance to prophylactic drugs increases 10%, they project 40,000 additional SSIs annually, a level that would skyrocket to 280,000 infections a year under the 70% scenario.

“The 10% and 30% scenarios are probably the most likely,” Laxminarayan says. “It is not hard to imagine that decline in efficacy in the near future - maybe the next five to 10 years. In fact, it is probably quite likely at the rate at which resistance is increasing.”

Thus, antibiotic stewardship programs have been widely recommended and are expected to be the subject of federal regulation in the near future. The Centers for Medicare and Medicaid Services is expected to issue a proposed regulation requiring antibiotic stewardship programs in healthcare settings in 2017. A presidential advisory committee that called for regulation on the issue warned that in addition to treatment issues, “the safety of many modern medical procedures relies on effective antibiotics – cancer chemotherapy, complex surgery, dialysis for renal disease, and organ transplantation become significantly more dangerous as bacterial resistance rises.”2

Although SSIs caused by bacteria resistant to recommended standard prophylactic agents have increased, insufficient data exist to support or discourage the use of broader spectrum regimens for surgical procedures or cancer chemotherapy, researchers note. However, they point to the potential of new targeted approaches to prophylaxis based on preoperative screening for colonization of resistant bacteria (e.g., rectal swab before prostate biopsy or screening of nasal methicillin-resistant S. aureus before pacemaker implantation).

“There will be a certain amount of antibiotic changes for prophylaxis in response to resistance. However, a major barrier is availability of localized susceptibility data, which could tell us whether those antibiotics are likely to work in that particular region or a particular hospital,” Laxminarayan says. “For that, what we really need is better surveillance. Certainly, this goes across the board for all antibiotics. A lot could be done right away by picking the appropriate antibiotics based on very localized surveillance antibiograms.”

Other countries have shown that national efforts to reduce antibiotic use have stalled the rise of resistant bacteria, which routinely emerge through selective pressure when drug-susceptible strains are killed off.

“There is the potential to reduce antibiotic resistance across the board through better infection control and better use of antibiotics,” he says. “Many counties have shown that this is possible. The United Kingdom and France have shown remarkable declines in antibiotic resistance as a result of sustained programs. The United States has seen a bit of a downward trend, but certainly not as much as could have been obtained.”

New antibiotics will be part of the long-term solution, but recent developments with other drugs and conditions underscore that new drugs can be expensive. That may be a literal “price we have to pay for inappropriate use of antibiotics in the past,” he says.

It has been generally estimated that antibiotics are used unnecessarily or incorrectly about half the time, though recent efforts may be shifting that ratio.

The “inescapable conclusion” is that the spread of antibiotic resistance will meaningfully increase the risk of infection in patients undergoing surgery and cancer chemotherapy, and that these infections will often be caused by bacteria that are difficult or impossible to treat, he notes.

“Once the reality of routine failure of prophylaxis hits, it will be too late,” Wolf warns. “We need to address the problem of antibiotic resistance now. … [W]e already know what to do: develop new classes of antimicrobial drugs, reduce antibiotic exposure in animals and human beings, and prevent diseases through the use of vaccines and infection control. Despite this knowledge, most countries still have no coordinated strategy to reduce antimicrobial resistance, the new drug pipeline is drying up, and only a small amount of progress has been made to reduce the use of antibiotics in livestock.”

Moreover, attempts to improve prescribing have been met with skepticism or “outright hostility,” he notes in the editorial. Indeed, in one study researchers looking at antibiotic stewardship efforts in pediatrics were faced with as much resistance from humans as bacteria. “Respondents ignored reports or expressed distrust about them,” researchers found.4

That does not bode well for the more subtle problem of controlling prophylactic antibiotics, particularly since post-discharge surveillance for SSIs has been an enduring challenge for infection control programs that may lack the resources to follow-up on all patients after surgery.

Infections Are At Risk Of Becoming Unpreventable

IPs must be involved in construction at the onset

Nursing leader: Nurse-to-nurse hostility may go back to ancient competition for men