Using Your Stethoscope Could Land You in Handcuffs 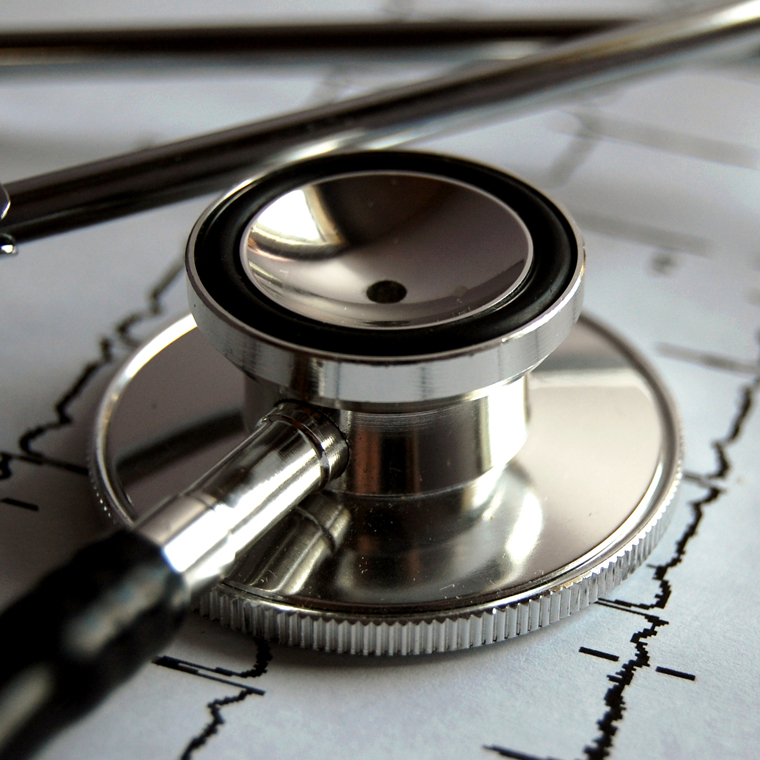 Are you using health IT safely? If not, it could lead to sentinel events, TJC warns

Are you using sterile equipment on your patients? How can you be sure?

"How Could You Have Let This Person Leave Your ED?"

Can you offer total hips and knees in 23 hours? Yes!

Dr. Schlicher reports no financial relationships relevant to this field of study.

All providers, no matter their time in practice, have a shared fear.

We all dread the day that after a long shift of working hard in the ED a mysterious figure jumps out from the shadows and stabs us in the chest. Our heart stops. We’ve been served with a subpoena. Here come the lawyers, two lost years, emotional turmoil, and professional ruin.

Today, there is a new threat that might make the process server a welcome foe. Where once there was the threat of a civil complaint alleging malpractice, now there is the increasing possibility of arrest and accusations of criminal conduct for simply showing up for work.

Facts of the Case

In the summer of 2015, a remarkable case went to trial in Washington. The state alleged that in restraining a patient, a physician committed a crime. Eventually, she was criminally charged with misdemeanor assault. The facts that underlie the case should not surprise any ED provider as out of the scope of the ordinary for the increasingly fragmented and failing mental health system in this country.

A mental health patient familiar to the staff of Whidbey General Hospital arrived on April 30, 2014, in her usual condition of depression and suicidal ideation. The patient had been admitted and detained to the hospital many times before for involuntary psychiatric treatment. This visit would end as so many others: with the patient in restraints, detained for involuntary mental health treatment, and boarding in the critical access hospital in a medical bed. The patient had been barred from many psychiatric facilities in the state for her abusive and manipulative behavior. As such, her placement on the medical ward was the only possible disposition for her depression, bipolar disorder, and suicidal ideation.

Two weeks into her stay, the patient began to escalate her behavior. She assaulted a nurse in the morning and was placed in restraints. She was released from the restraints later that day after good behavior, but rapidly declined again and began destroying property and attempting to choke herself with the curtain in the room. Staff members again placed her in restraints. At that point, the chief nursing officer, a licensed and experienced nurse with a decorated military career, was in the nursing station when the patient slipped out of her restraints. The nursing officer entered the room to assist the staff, holding the patient’s head as restraints were reapplied and lorazepam administered. She talked with the patient, attempting to refocus and calm her, and released her less than a minute later.

The police arrived to interview the patient and nursing staff regarding the assault on a nurse in the morning for possible criminal charges against the patient. In a morbid twist of fate, the police charged the chief nursing officer with assault for holding the patient’s head during the restraint application. More than a year later, the Island County District Court heard the case. After two weeks of trial and 90 minutes of deliberation, a jury found the chief nursing officer not guilty.

Medical Malpractice, Not Assault and Battery

Traditionally, law school students learn that tort claims involving medical care are separate from the usual legal theories of torts, often referred to collectively as medical malpractice. The three usual theories are informed consent doctrine, breaches of the standard of care, and failure to deliver an explicit promise. Outside of the original hairy hand case, the latter is rarely used in law. Thus, most providers only concern themselves with informed consent and breaches of the standard of care.

New York Court of Appeals Judge Benjamin Cardozo distinguished medical negligence from the traditional battery doctrine in establishing the legal concept of informed consent in Schloendorff v. Society of New York Hospital (1914), stating that: “Every human being of adult years and sound mind has a right to determine what shall be done with his own body; and a surgeon who performs an operation without his patient’s consent commits an assault for which he is liable in damages.” As a result of the case, physicians were no longer charged with assault and battery in the setting of an alleged failure to obtain informed consent, but rather the new theory of a failure to obtain informed consent.

Questions of appropriateness of care have been left to the courts in the form of civil complaints for medical negligence or lack of informed consent, except in the most egregious non-medical situations. If one searches case law and news sources, the existence of charges of assault and battery against medical providers is almost nonexistent outside of the clearly non-medical charges of sexual assault, or a physician going rogue and carving his initials into a patient. These cases fundamentally do not involve questions of medical care, but activities outside the scope of that care.

Resurgence of Medicine as a Criminal Activity

Recent legal activities have increased the specter of attorneys rebranding medical care as a criminal act. The Whidbey case involved a question of the appropriateness of a restraint technique, well within the scope of medical care. Even if one disagreed with the technique of head immobilization, this was an issue of medical malpractice at best, not of criminal activity, yet the case went all the way to trial. One can argue it was a rogue prosecutor or that the media sensationalized a case of low-level assault, but it was still a criminal case against a provider for medical care.

The Whidbey case is not unique. There have been charges against nurses for neglect of a patient causing great bodily harm, charges of murder and manslaughter for missing an appendicitis, and a patient’s death in the lobby of an emergency room labeled a homicide. Recently, I reviewed a case of a physician under investigation for potential charges of negligent homicide for pausing the alarm on a monitor when it did not correlate with the patient’s condition, but was near the time of the patient’s death. These cases represent some of the most significant allegations against providers, but are not an exhaustive list.

While advocates of criminal charges will make the case that these are examples of extreme neglect or abuse that require more than a simple slap on the wrist, the reality is these are examples mostly of system failures, not provider neglect. All providers would agree that sexual assault, carving initials in a patient, deliberate physical abuse, and other non-medical care should receive criminal prosecution. However, when we begin to criminalize actual medical care, we risk changing the way providers deliver care and potentially lose providers.

Providers must always balance the risks and benefits of care when they are making difficult choices, especially in the setting of implied or emergent consent. The idea that decisions to restrain an involuntary detained patient will be viewed as a criminal rather than civil matter is frightening. The literature already demonstrates that violence against ED nurses is an epidemic, with 54.8% experiencing verbal or physical abuse in the ED. The fact that a nurse who is already exposed to so much violence can then be retrospectively reviewed by a criminal court for providing reasonable medical care in these settings is beyond the bounds of common sense.

There are no studies on the effect of criminal prosecution for medical care on the practice decisions of clinicians. Many providers already fear the possibility of civil penalties and board complaints when they are performing their daily duties despite the relatively small risk of any personal financial impact or loss of licensure. Even with that small risk, we have an entire field of study dedicated to the fiscal and medical effects of defensive medicine and provider burnout. The risk of facing criminal charges that could land them in jail — simply for doing their jobs — has the potential to magnify this effect, given the higher personal stakes involved in the prosecution.

It is difficult to tell providers how to protect themselves from the diversity of underlying medical issues that have formed the basis of criminal charges against providers. However, it is reasonable to make some broad statements that apply to these cases:

While still at the level of case reports, the criminalization of healthcare represents a concerning change in the balance between the legal and medical professions. Most of these suits are never filed, are dismissed, or are not successful in court, but the mere threat can have significant effects on those providing care. Ensure that you monitor your work environment for potential risks, establish processes for difficult encounters, and address festering systemic problems that expose your team to risk. Finally, remember that when you hear the hoof beats of legal trouble, it is still much more likely to be civil than criminal. Much like our medical care, we cannot prevent every bad outcome; we can only do the best that we can in that moment. Let that be our focus and charge as providers of care; then the lawyers can sort out the rest.

Using Your Stethoscope Could Land You in Handcuffs

Who’s Responsible if Orders Are Written for ‘Boarded’ Patient?

How Does a Plaintiff Attorney Make Case Against Supervising EP?