Physician Burnout Leads to Cut Back in Clinical Practice Hours

ROCHESTER, MN – Many physicians facing declining professional satisfaction respond by reducing the number of hours they devote to clinical practice, according to a new study.

That trend can be a dangerous one, however, as the nation faces physician shortages in areas such as family medicine and general internal medicine, emphasizes an article in a recent issue of Mayo Clinic Proceedings.

"A dramatic increase in burnout has occurred among U.S. physicians over the last several years," said lead author Tait Shanafelt, MD. "Using independent payroll records, this study objectively found that the measured level of burnout today predicts whether physicians will cut their work hours over the next 12-24 months."

For the study, researchers from Mayo Clinic and Sirota Survey Intelligence linked together data from validated surveys assessing burnout and work satisfaction from physicians at Mayo Clinic with seven years of administrative and payroll records. Every point increase in the 7-point scale measuring emotional exhaustion, a characteristic of burnout, resulted in a 40% greater likelihood that Mayo Clinic physicians would cut back their hours over the next two years.

Results indicate that, between 2008 and 2014, the proportion of physicians working less than full time at Mayo Clinic increased from 13.5% to 16.0%. At the individual physician level, however, each 1-point increase in emotional exhaustion (or 1-point decrease in satisfaction) between 2011 and 2013 was associated with a greater likelihood of reducing full time work over the next 12 months.

"There is a societal imperative to provide physicians a better option than choosing between reducing clinical work or burning out," Shanafelt pointed out in a Mayo Clinic press release. "Physicians reducing their professional effort due to burnout could exacerbate the already substantial U.S. physician workforce shortage as well as impact continuity of care for patients."

That especially would be a problem for several primary care disciplines, such as family medicine and general internal medicine, which already have the largest projected physician shortages and have some of the highest rates of burnout, he added. 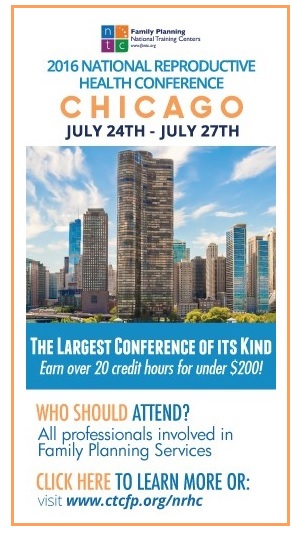 That’s according to a study published recently in JAMA Internal Medicine, which cautions physicians and other prescribers that “populating this field with irrelevant or inappropriate information can create confusion, workflow disruptions, and potential patient harm.”

The study involved researchers from Surescripts LLC, the Department of Pharmacy Practice at Midwestern University in Glendale, AZ, and the Houston Veterans Affairs Center for Innovations in Quality, Effectiveness the Department of Medicine at Baylor College of Medicine, both in Houston. For the study to develop recommendations to improve e-prescribing practices, free-text prescriber notes in new ambulatory e-prescriptions were analyzed.

Researchers classified free-text prescriber notes as one of the following:

Of the 26,341 free-text notes, 66.1% were found to contain inappropriate content, while just 28.6% were deemed appropriate and 5.3% contained information considered to be unnecessary.

Some of the fault lies with EHRs that are “overly restrictive or difficult to use, inadequate user training, and/or space limitations, such as the 140-character limit on the Patient Direction (Sig) field in the presently most widely implemented SCRIPT standard (version 10.6),” researchers point out.

Whatever the cause, they warn prescribers that “unnecessary or inappropriate free-text information can also lead to dispensing delays, medication errors, and adverse patient outcomes.”

“Accelerated implementation of new e-prescribing standards and rapid adoption of existing ones could also reduce prescribers’ reliance on free-text use in ambulatory e-prescriptions.”

The report points out that the SCRIPT standard continues to be revised regularly with addition of new structured data segments and fields and refinements to existing ones.

In an accompanying commentary, Jeffrey L. Schnipper, MD, MPH, of Brigham and Women’s Hospital and Harvard Medical School, both in Boston, writes, “The implications of these various types of free-text notes can range from the merely distracting for the community pharmacist to those that could be severely harmful for patients. However, even distractions can lead indirectly to patient harm if they result in lapses of attention that increase the rate of dispensing errors."

MINNEAPOLIS – Are your patients being honest with you about their use of alternative and complementary medications?

The answer probably is “yes and no.”

While customers primarily purchasing herbs or supplements from a pharmacy or elsewhere are a bit more likely to tell their physicians than those practicing yoga or meditation, many patients don’t disclose use of complementary and alternative medicine (CAM), according to a new research letter.

The report, published online recently by JAMA Internal Medicine, notes that, although they fear disapproval, patients say they actually want their primary care physicians (PCPs) to inquire about CAM. Yet, that is a topic that PCPs rarely broach.

“These communication barriers may prevent CAM from becoming fully integrated into patients’ treatment and self-care routines, especially if patients do not disclose their use of CAM to their primary care physicians,” study authors write.

According to the researchers from the University of Minnesota, of the 34 525 adults who completed the CAM supplement to the 2012 National Center for Health Statistics, 29.6% reported using CAM at least once in the past year, and 66.3% had a primary care physician.

Of 7,493 respondents who fit both criteria, however, 42.3% did not disclose the use of their most frequent CAM modality. Nondisclosure was least common among those using herbs and/or supplements, 24.9%, and acupuncture, 35.5%, according to the report.

Included in the study’s definition of CAM was a range of modalities including herbs and/or supplements; chiropractic and/or osteopathic manipulation; massage; yoga, tai chi or min qi gong; mantra meditation or mindfulness; special diets; acupuncture and homeopathy.

Study authors urge physicians to "consider more actively inquiring about patients' use of CAM, especially for modalities likely to be medically relevant."

ANN ARBOR, MI – If you’re worried about negative online ratings, here’s some good news: the majority of parents in a recent poll said they suspect online ratings are unreliable or even made up.

In fact, a recent C.S. Mott Children's Hospital National Poll on Children's Health suggests that more than two-thirds of parents believe some online doctor reviews are fake. Slightly fewer opine that there are not enough ratings to make a good decision, while more than half express concern that physicians are influencing the ratings.

"Online rating sites are becoming an increasingly common and potentially influential source of information for parents as they choose a doctor," explained lead author David Hanauer, MD. "Websites reviewing doctors are readily available, but concerns about how trustworthy they are may be preventing parents from using them broadly."

In responding to the poll – a nationally representative household survey conducted exclusively by GfK Custom Research, LLC, for C.S. Mott during January 2016 to a randomly selected stratified group of 1,407 adult parents with at least one child age 0-17 – nearly one third of parents report looking at online doctor ratings for themselves or a family member over the past year.

Mothers were more likely to have visited the websites than fathers – 36% vs.22% – and two thirds of those looking at online ratings said they either chose or avoided doctors based on what they read.

Interestingly, most of the parents, 87%, who selected a doctor because of ratings reported that the online ratings accurately reflected their subsequent experiences.

Older parents expressed more concerns about online doctor ratings than younger ones: Of parents age 30 and older, 71% were concerned about the possibility of fake reviews compared to 59% under the age of 30.

"People are regularly using online reviews to help make decisions about cars, movies and restaurants. It's no surprise that more websites are allowing patients to publicly share their experiences about their doctors as well," Hanauer said in a University of Michigan press release.

"Doctor rating sites have the potential to help make the patient-physician relationship more service-oriented,” he added. “In order for online rating sites to become a more accepted and useful tool, doctors will need to be more engaged in the process, in ways that assure that ratings are authentic."