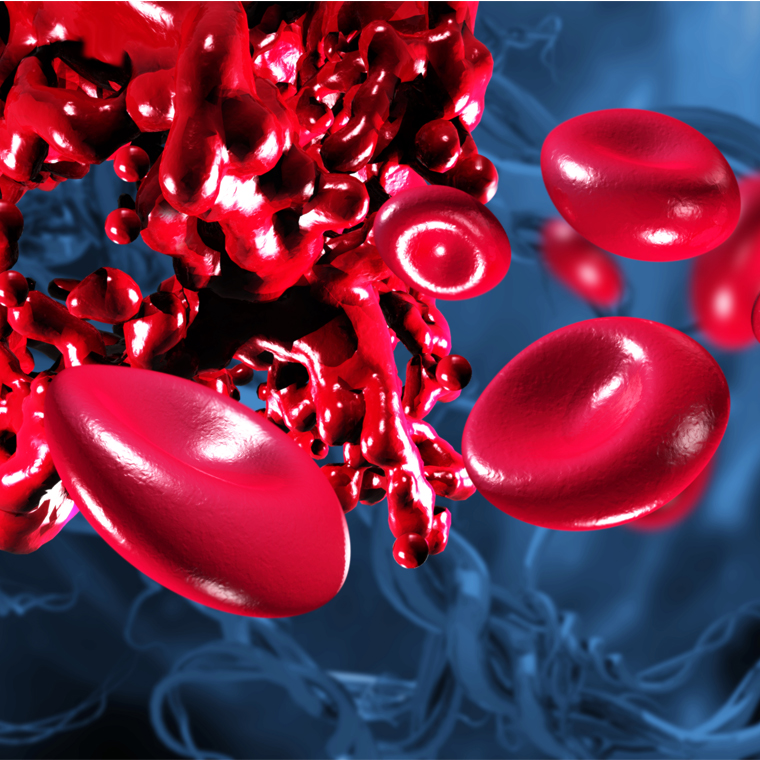 Diarrhea in the Acute Care Setting

Coumarin was discovered at the University of Wisconsin through investigations of how ingestion of spoiled sweet clover by cattle caused hemorrhage and death.1 The name derives from the Wisconsin Alumni Research Foundation, which supported the research and was assigned the patent on a related molecule as rat poison in 1948, and coumarin. It was subsequently understood that warfarin inhibited vitamin K metabolism, preventing the synthesis of clotting factors. Until recently, warfarin was the primary oral anticoagulant for the prevention of stroke in non-valvular atrial fibrillation (AF) as well as the treatment of venous thromboembolism (VTE) and pulmonary embolism (PE). As novel oral anticoagulants (NOACs) have been introduced, their use is becoming widespread. While the risk of major bleeding complications seems less with NOACs, they present unique challenges when patients taking these medications are admitted to the ICU.

Although data imply NOACs trigger fewer bleeding episodes than warfarin, there were concerns that when these events occur, there were no available agents to reverse their effects. With warfarin, the administration of vitamin K and fresh frozen plasma (FFP) can reverse its anticoagulant effects. In contrast, these measures are much less effective in reversing anticoagulation due to NOACs.8,9 Prothrombin coagulant concentrates (PCCs), activated PCCs (aPCC), and recombinant factor VIIa have been used to varying effects. Until recently, no specific agents were available for the reversal of NOACs. Currently, two such agents have been described, idarucizumab and andexanet alfa, while a third, ciraparantag, is under development.

Idarucizumab is a monoclonal antibody fragment that binds dabigatran with an affinity 350 times greater than the affinity of dabigatran for thrombin. After administration, it binds both free and thrombin-bound dabigatran and neutralizes the effects. The REVERSE-AD trial examined 90 patients with AF receiving dabigatran for stroke prevention who presented with bleeding.10 In this trial, 18 patients experienced intracranial bleeding, 20 suffered gastrointestinal bleeding, nine had trauma-related hemorrhage, and 11 weathered other bleeding; all were determined to require emergent reversal of anticoagulation. An additional 39 patients required a procedure that necessitated reversal of anticoagulation. Each received 5 g of IV idarucizumab over 15 minutes. Within minutes after administration, 88-98% of patients showed normalization of bleeding times, and hemostasis was restored up to a median of 11.4 hours. There was one thrombotic event in a patient for whom anticoagulants were not subsequently restarted.

Andexanet alfa is a specific reversal agent for factor Xa inhibitors. It is a recombinant human factor Xa decoy that binds Xa inhibitors but has no intrinsic Xa activity. In a study of 145 healthy participants given either apixaban or rivaroxaban, andexanet reversed the anticoagulant effects within two to five minutes and persisted for about two hours after the infusion ended.11 Although some mild gastrointestinal upset and hives were reported, there were no serious adverse effects.

Although not yet available, ciraparantag is a novel cationic protein that recently received FDA fast-track designation to treat bleeding related to NOACs. It binds both unfractionated heparin and low-molecular weight heparin, as well as NOACs, and has been shown to reverse the anticoagulation of edoxaban in rat tail transection assays. More recently, it was shown to reverse clotting times in healthy volunteers who had received edoxaban.12

The most common clinical situations in which NOAC use becomes relevant in the ICU involve the treatment of life-threatening hemorrhage or the need for invasive procedures that require anticoagulant reversal. Few evidence-based guidelines exist for these situations. Practical considerations include the nature of the hemorrhage, the invasiveness of the procedure, and the pharmacodynamics of these agents. Life-threatening bleeding, such as intracranial hemorrhage or variceal bleeding, requires immediate intervention. In contrast, the need for central venous access, thoracentesis, or other invasive procedures may be delayed until the anticoagulant effect of NOACs resolves, as their half-life is relatively short.

Unfortunately, standard coagulation assays are not particularly helpful in judging anticoagulant effects of NOACs.13,14 While prothrombin time is sensitive for warfarin, it is not useful for NOACs. Similarly, activated partial thromboplastin time features variable sensitivity. For dabigatran, thrombin time and clotting times seem to exhibit the greatest sensitivity. In contrast, chromogenic anti-Xa assays contain the greatest sensitivity for the Xa inhibitors. Ultimately, the degree of hemorrhage, need for reversal, or risk of an invasive procedure may outweigh specific coagulation parameters in considering the best care of patients taking NOACs.

General management principles for bleeding remain relevant in patients taking NOACs. Minor bleeding can be managed conservatively with the application of pressure, local hemostatic measures, and supportive care with the omission of a single dose of the NOAC. Moderate bleeding may require volume resuscitation and red cell transfusions in addition to conservative measures. Although they have not proven effective at reversing NOAC effects, FFP and cryoprecipitate also may be considered. A full review of the data regarding reversal of NOACs is beyond the scope of this article but may be found in several recent publications.9,13,15

For life-threatening hemorrhage, such as intracranial hemorrhage, variceal bleeding, or trauma, consider administering specific reversal agents. A summary of these agents can be found in Table 2. For patients taking dabigatran, idarucizumab may be given. Should this not be available, hemodialysis may attenuate bleeding, as dabigatran is not highly protein bound. Activated protein concentrates and recombinant factor VIIa also may be given, although their benefits have a lesser evidence basis and there are concerns for prothrombotic complications. For the factor Xa inhibitors, andexanet is under development, although it has not yet received FDA approval. As Xa inhibitors are highly protein bound, hemodialysis is not effective at reducing their effects. Activated clotting factors also may be given for hemorrhage exacerbated by Xa inhibition but with less evidence of benefit. Ciraparantag is still under evaluation in clinical trials.

There are several reviews of periprocedural management of patients receiving NOACs.14-16 In general, these recommendations stratify by risk of procedural bleeding and renal function. Low-risk procedures, such as dental extractions, cataract surgery, and skin biopsy, did not require significant interventions other than holding a single dose prior to the procedure. Moderate-risk procedures include endoscopy with biopsy, angiography, and catheter ablation. For these procedures, stopping dabigatran one to two days prior to the procedure in patients with normal renal function was suggested and up to five days prior in patients with decreased renal function (CrCl < 50 mL/min). For the Xa inhibitors, researchers recommend stopping one day prior to surgery in patients exhibiting normal renal function and two days prior in those suffering from reduced renal function (CrCl < 30 mL/min). Common ICU procedures, such as central venous catheter placement (internal jugular and femoral vein), thoracentesis/paracentesis, and bronchoscopy with biopsy, likely fall into this category. High-risk procedures include spinal/epidural catheter placement, thoracic or abdominal surgery, major orthopedic surgery, and liver and kidney biopsies. In these cases, hold dabigatran two to three days or four to six days prior in patients with normal or impaired renal function, respectively. Hold Xa inhibitors two to three days prior. Obviously, the need for emergent procedures, such as exploratory laparotomy, thoracotomy, or craniotomy, would necessitate active, immediate reversal as described above. For moderate-risk procedures, restart most agents one to two days post procedure while holding them two to three days after high-risk procedures.

In the absence of hemorrhage, the best management of NOAC overdose is unclear. There are data to support the use of activated charcoal within six hours of overdose for all NOACs.15 However, weigh the benefit against the risk of aspiration and impaction. Hemodialysis can remove dabigatran, but the risk-benefit calculation in individuals without hemorrhage likely favors watchful waiting.

The newer oral anticoagulants dabigatran, rivaroxaban, apixaban, and edoxaban show promise in the treatment and prevention of venous thromboembolic disease. Studies have shown them to be non-inferior to warfarin in terms of efficacy with similar or reduced bleeding risks. When bleeding occurs, there are fewer evidence-based interventions for reversal of these agents, but research continues. Knowledge of the pharmacokinetics of these agents and potential reversal agents will improve the management of patients taking NOACs when admitted to the ICU.

Predicting the Success of Prone Positioning with Lung Ultrasound