Home » EMTALA Still a Risk, But Some Are Letting Down Their Guard
Hospital / Healthcare Risk Management

EMTALA Still a Risk, But Some Are Letting Down Their Guard 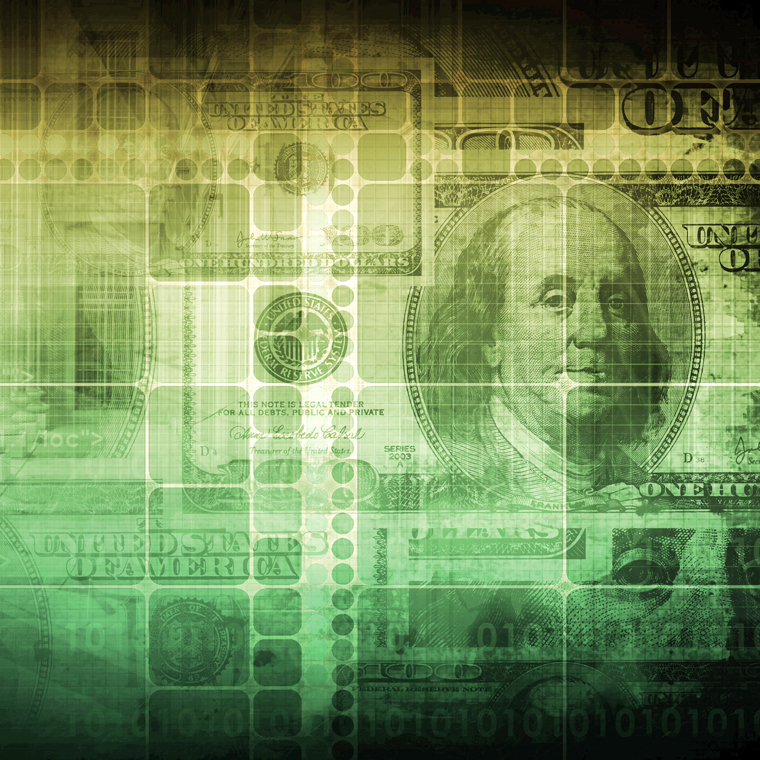 Warning: Reprocessing disposables is accepted, but there are still some risks

Guest Column: Slip-and-fall cases may be routine, but still are a risk

Despite every hospital’s familiarity with the Emergency Medical Treatment and Labor Act (EMTALA), violations and penalties still occur. There is concern that some healthcare providers have become lax about EMTALA and falsely assume that current procedures are sufficient.

In May, the Kentucky Supreme Court affirmed an award of punitive damages against a hospital that was 386 times the hospital’s share of compensatory damages for a violation of the Emergency Medical Treatment and Labor Act (EMTALA).

The court acknowledged that the hospital had rendered helpful assistance to the patient in its ED, but it still upheld the jury’s award of $1.45 million. (See the story later in this issue for more on that case.)

EMTALA has been in effect for 30 years. Despite the fact that all covered medical facilities have developed policies and procedures to ensure compliance, violations still occur, and hospitals still are paying significant penalties.

Why are hospitals still violating EMTALA? The answer may lie in a mix of complacency and several changes occurring in healthcare.

Hospitals are facing some challenges that were not as pronounced in past years when risk managers formulated EMTALA policies and accepted them as sufficient, says Ann Lambrecht, RN, BSN, JD, FASHRM, senior risk specialist with Coverys, a Boston-based company that provides insurance, risk management, and claims service for caregivers in the Northeast. Lambrecht has more than 30 years of experience in the risk management field and has held positions of hospital risk manager, director of risk services at a large healthcare system, vice president of risk services at two organizations, and a risk consultant in the insurance industry.

She says that while there is evidence that some hospitals are becoming complacent about EMTALA compliance, she suspects recent violations are more attributable to other challenges happening in healthcare.

The first issue to consider is staffing, Lambrecht says. Turnover is typically higher in the ED, and hospitals may pull personnel from other areas or use temporary staff, who may not be as familiar with EMTALA, to supplement staffing, she says. Ensuring that new ED staff, temporary staff, and all hospital employees understand EMTALA is a significant challenge, Lambrecht says.

“A good example is the 2009 EMTALA updates, which advised that EMTALA was not applicable to inpatients so long as the patient was admitted in good faith,” Lambrecht says. “Some courts have ruled that if an inpatient was discharged with some of the same symptoms for which he or she was admitted, that patient was not stable for discharge and, therefore, the hospital violated EMTALA.”

To avoid this confusion, know the court’s decision in your jurisdiction, and consult legal counsel, she says.

There are also significant issues with transferring mental health patients after a medical screening exam revealed an emergency condition that required stabilization, Lambrecht says. Many hospitals don’t have psychiatric units in which to place the patient or have psychiatrists on staff who understand psychiatric issues and can provide stabilizing care, so these patients often reside in the ED for days and even weeks before a transfer takes place.

“Hospitals that do have psychiatric units are often under the impression that they can refuse a transfer for various reasons when, in fact, they should accept the transfer,” Lambrecht says.

• It may not always be clear to a transferring hospital if the person accepting the patient has the authority to do so.

This lack of clarity can slow the transfer, prohibit it, or result in an improper transfer.

• A patient with an unstable condition who requires a higher level of care easily can deteriorate during transfer.

The hospital receiving that patient may receive a patient in far worse condition than was described and believe that they were not given an accurate description of the patient’s condition. This situation could trigger an EMTALA violation.

• On-call issues continue to be an area of confusion, Lambrecht says.

Court decisions vary widely, and the rules governing on-call coverage overlap, as they cover several scenarios. For example, a surgeon may be on call and performing surgery on a patient, only to receive a request to evaluate a patient in the ED.

“A variation on this theme is that a surgeon can schedule surgeries while she or he is on call and is also permitted to take simultaneous calls from different hospitals,” Lambrecht says. “These are very challenging situations to plan for, especially in small community hospitals.”

None of those problems can be eliminated, but the EMTALA risk can be reduced by ensuring that all staff are educated on key points of EMTALA. This education is an area in which risk managers and hospitals can become complacent, Lambrecht says. EMTALA policies and procedures have become so thoroughly embedded in hospital administration, it is easy to assume all staff members are up to speed, she says. In many cases, they are not, Lambrecht says.

She advises risk managers to have someone in the hospital available at all times to answer questions about EMTALA compliance. Difficult situations and gray areas often crop up at the most inconvenient times, but ED physicians and staff should not be left on their own to assess complex legal issues, Lambrecht says.

“Additionally, transfer agreements must be in place with those organizations that will provide a higher level of care. Policies should clearly state which personnel have authority to accept transfers,” she says. “On-call policies should determine the responsibilities of on-call physicians and who has final authority to call a physician in.”

Inappropriate transfers are the root of many EMTALA violations, says Douglas B. Swill, JD, partner with the law firm of Drinker Biddle in Chicago. In many cases, members of the hospital staff misjudged their ability to provide adequate care, Swill says.

ED personnel must be careful about determining that the hospital cannot provide the necessary care, because CMS and courts will be looking for any suggestion that the hospital merely was using that position as an excuse to dump a patient, he says. Any decision to transfer a patient for that reason should be reviewed and confirmed by an administrator with a thorough understanding of EMTALA and the hospital’s capabilities, he says.

“Most hospitals have a robust EMTALA compliance program, but you still cannot get complacent. You have to stay on top of it and constantly provide training,” Swill says. “It only takes one physician who refuses to come in when called, or one manager who makes the wrong decision about a transfer, to result in serious trouble.”

Swill also notes that hospitals are hiring more physicians than in the past, which creates a more strict line of liability when the physician violates EMTALA. Regarding the list of on-call physicians, court decisions indicate you must specify individual physician names and not just physician groups, Swill points out. He suspects three-fourths of hospitals list physician groups, which he says CMS will find insufficient if it conducts an investigation.

The advent of the electronic medical record (EMR) also has opened up more possibilities for EMTALA violations, says Kenneth N. Rashbaum, JD, partner with the Barton law firm in New York City. The ability to cut and paste, and use boilerplate language in the ED, was not factored into EMTALA policies and procedures crafted years ago, he says.

“There is a significant amount of trust put in the discharge templates, the history, and the physical templates in emergency departments,” he says. “I don’t think they were created with a good understanding of EMTALA, so you don’t have appropriate documentation of the medical screening exam, the care given, or the basis of a transfer.”

Rashbaum also questions whether ED physicians and staff members are sufficiently trained on the nexus of EMTALA and the EMR: how the EMR changes the documentation of EMTALA-specific information and how to avoid the temptation of ticking off standardized choices instead of fully describing the patient’s situation.

Also beware of the assumption that whoever designed the EMR knew what they were doing and considered all the EMTALA implications, Rashbaum says. The intricacies of EMTALA likely were not understood and documentation needs not fully anticipated, he says.

“Hospitals also switch EMR providers from time to time, and you have to wonder if the ED is trained on each new template and how to apply the requirements of EMTALA in this new format,” Rashbaum says. “A lot of the electronic documentation in the ED is templates and macros, and there is some necessity for that, but they can get you in trouble. I see this all too often.”

This month’s Healthcare Risk Management includes a special report on the Emergency Medical Treatment and Labor Act (EMTALA) and how hospitals still are at risk from this well-established law. The cover story addresses how some hospitals could be letting their guards down, and two other stories discuss cases that illustrate the ongoing challenges to EMTALA compliance.

EMTALA Still a Risk, But Some Are Letting Down Their Guard

Case Shows How EMTALA Can Apply to Inpatients

HIPAA Can Be Challenging with Dementia Patients

Jury Awards $6 Million to Woman Due to Mislabeled CT Scan

Improper Administration of a Drug Yields Verdict of $44.1 Million From Jury

Financial Disclosure: Author Greg Freeman, Executive Editor Joy Daughtery Dickinson, and Nurse Planner Maureen Archambault report no consultant, stockholder, speaker’s bureau, research, or other financial relationships with companies having ties to this field of study. Arnold Mackles, MD, MBA, LHRM, physician reviewer, discloses that he is an author and advisory board member for The Sullivan Group and that he is owner, stockholder, presenter, author, and consultant for Innovative Healthcare Compliance Group.