BOSTON – Race makes a substantial difference when it comes to salaries for male physicians and, while incomes of black and white female physicians are similar to each other, overall they are significantly lower than those of their white male counterparts, according to a new study.

Those differences persisted even when factors such as medical specialty, experience, and hours worked were considered, according to study authors from Harvard Medical School.

"We found that the inequities in pay for physicians mirror disparities in the overall U.S. economy," said senior author Anupam Jena, MD, PhD. "Unfortunately, this means that medicine has not been spared the disparities by race and sex that plague the rest of the U.S. labor market."

The researchers sought to determine racial differences in physician salaries because data is limited, despite evidence that black workers in general earn less than whites in the United States economy.

For the study, researchers used recent data from two nationally representative surveys: the 2000-13 American Community Survey (ACS) and the 2000-08 Center for Studying Health System Change (HSC) physician survey. Annual income was adjusted for several factors from both surveys, including age, specialty, hours worked, years in practice, and percentage of revenue from Medicare and Medicaid.

Results indicate that white female physicians earn an adjusted median annual income of $163,234, compared to $152,784 for black female physicians. Both were substantially lower than the salaries of male doctors of either race, study authors pointed out.

“We found substantial differences in annual income between black and white male physicians in the U.S., and between male and female physicians overall, that persist after adjustment for several characteristics of physicians and practices, including specialty and work hours,” the researchers noted. “Further study is needed to understand the etiology of these race and sex differences and whether they stem from disparities in job opportunity or other factors.”

The study also cautions that, as with any observational study, no firm conclusions can be drawn about cause and effect.

Study authors maintained that race- and sex-based disparities in earnings potential "cannot be closed simply by opening up opportunities for minorities and women in higher paying specialties" and suggested "efforts to eliminate these disparities might need to look beyond medical school admissions and training to the broader workplace."

"These findings are deeply concerning," Jena added in a Harvard Medical School statement. "If the goal is to achieve equity or to give incentives for the best students to enter medicine, we need to work on closing both the black-white gap and the gender gap in physician incomes." 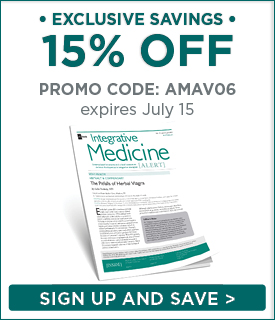 A study published online recently by the journal Cancer reports that less than half of family physicians in a recent survey agreed that screening reduces lung cancer-related deaths, even though clinical trials have shown that lung cancer screening using low-dose computed tomography (LDCT) can detect lung cancers early and reduce lung cancer mortality.

University of South Carolina researchers noted that most of the physician respondents also were unaware of current recommendations on lung cancer screening in high-risk patients.

Background information in the article notes that the United States Preventive Services Task Force, Medicare, and multiple professional societies and organizations support the use of LDCT screening for high-risk patients, such as certain current and former smokers. On the other hand, associations such as the American Academy of Family Physicians maintain that there is not enough evidence to either recommend or discourage the use of LDCT screening.

To evaluate the knowledge, attitudes, and practice patterns of family physicians related to lung cancer screening using LDCT, the researchers distributed a 32-item questionnaire to South Carolina Academy of Family Physicians members in 2015.

Most of the 101 respondents had incorrect knowledge about which organizations recommend screening. In addition, although 98% said they believed that LDCT screening increases the likelihood of detecting disease at earlier stages, only 41% thought that translated into reduced lung cancer-related deaths.

"Education is needed to bridge these knowledge gaps and lay a foundation on which physicians can base their treatment recommendations," said lead researcher Jan Eberth, PhD, MSPH. "With the Centers for Medicare & Medicaid Services now offering reimbursement to primary care providers to engage in shared decision-making with their patients about lung cancer screening, it is vital that providers have an accurate understanding of the eligibility criteria for screening and potential risks and benefits. Decision aids may be a useful tool to facilitate these treatment discussions."

Where Should Hypertensive Urgency Be Treated?

CLEVELAND – When patients present to physician practices with hypertensive urgency — systolic blood pressure (BP) at least 180mm HG and diastolic BP at least 110 mm Hg — where should they be treated? At that outpatient location or referred to a hospital?

That is the question addressed recently in JAMA Internal Medicine. Background information in the article notes that physicians might be concerned about the potential for organ damage after severely elevated BP, even for a short time. On the other hand, few observational studies or randomized trials have reviewed the management of hypertensive urgency, which often is evaluated and treated in EDs.

To help formulate an answer, Cleveland Clinic researchers conducted a study of all patients presenting with hypertensive urgency to one of the healthcare system’s offices from 2008 through 2013.

Of those, only 426 patients (0.7%) were referred to the hospital for blood pressure management, while the rest were sent home.

In an analysis that matched the 426 patients referred to the hospital with 852 patients who were sent home, no significant differences were uncovered in major adverse cardiovascular events in one week, one month, or in six months, results indicated.

"Hypertensive urgency is common in the outpatient setting. In the absence of symptoms of target organ damage, most patients probably can be safely treated in the outpatient setting, because cardiovascular complications are rare in the short term,” the study authors concluded. “Furthermore, referral to the ED was associated with increased use of healthcare resources but not better outcomes.”

Finally, patients with hypertensive urgency are at high risk for uncontrolled hypertension as long as six months after the initial episode. Efforts to improve follow-up and intensify antihypertensive therapy should be pursued, the researchers concluded.

IRVINE, CA -- The percentage of physician offices reporting adoption of electronic health record (EHR) software actually dropped from January 2015 to January 2016, according to a new survey.

The survey was conducted by SK&A, a division of IMS Health.

The health information provider, which has been measuring the adoption of EHRs since 2010 and provides historical data, trending, and mapping, regularly gathers information from its database of about 600,000 physicians from 58 practice specialties.

For this survey, office staff and business managers were asked to respond to up to 20 questions related to EHR purchase, usage, brand, and intent.

The report found that overall office adoption dropped from 62.8% as last year began to 59% at the beginning of this year. The decrease occurred in all practice sizes, from solo practitioners to offices with 26 or more physicians.

The trend also was present whether the practice was hospital/health system owned, and in all regions of the United States.

States in the West tend to have higher adoption of health record systems — Wyoming, South Dakota, Utah, Iowa, and North Dakota topped the lists — while usage was lowest in New York, New Jersey, Louisiana, Rhode Island, and the District of Columbia, according to the survey.

Among SK&A’s database of users, the most popular EHR vendor is Epic, purchased by 12.4% overall, followed by eClinicalWorks LLC, by 10.3%; Allscripts by 8.2%; Practice Fusion by 6.5% and NextGen Healthcare by 5.4%.