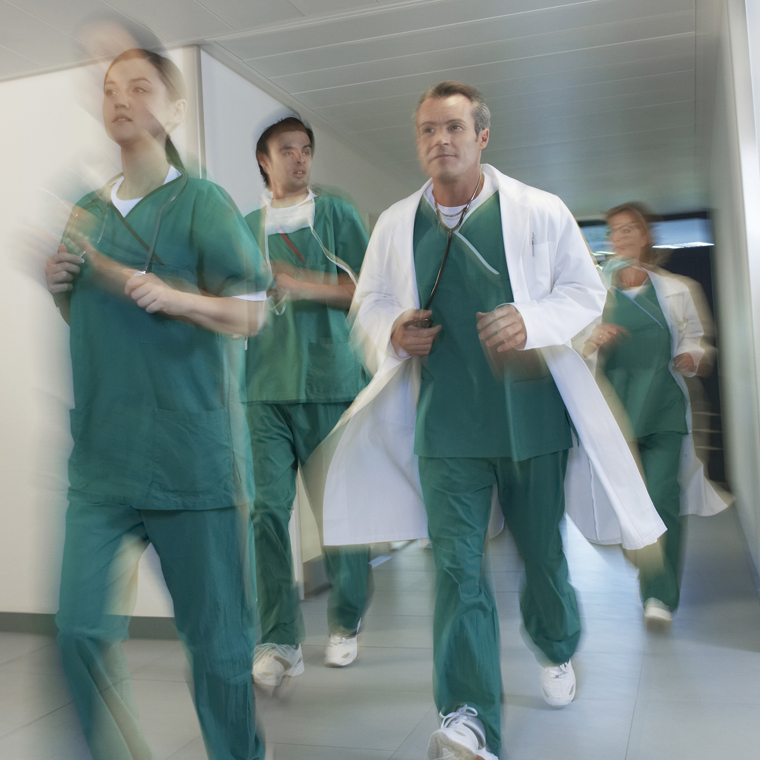 Can Alarm Fatigue be Conquered?

Can Alarm Fatigue be Conquered?

Nurse fatigue a ‘huge’ threat to patient safety, but can be addressed

Staff fatigue can be a compliance risk, too

Healthcare providers are finding ways to effectively address the problem of alarm fatigue by minimizing the number of alarms and prioritizing the remainder, and they also are finding that something as simple as a trash can lid can play a role in alarm fatigue.

The problem of alarm fatigue has gained attention in recent years, with evidence showing that it can threaten patient safety. Now healthcare providers are finding ways to effectively address the problem by minimizing the number of alarms and prioritizing the remainder, and they also are finding that something as simple as a loud trash can lid can play a role in alarm fatigue.

Alarm fatigue has risen to the level of a recognized safety risk that must be addressed. The Joint Commission (TJC) found 98 alarm-related instances of patient harm, including 80 deaths and 13 cases of permanent disability between January 2009 and June 2012.

As of January 2016, TJC’s National Patient Safety Goals (NPSGs) mandate that hospitals take definitive steps to implement policies and procedures to safely reduce and prioritize the number of primary and secondary alarms. The ECRI Institute ranked alarm proliferation as the second top technology hazard in 2016, and an investigation by The Boston Globe found more than 200 deaths nationally related to alarm problems. (To access the TJC report, go to http://bit.ly/1PI4ilQ. You can access the NPSG related to alarm fatigue at http://bit.ly/1qYEnL6. Readers can access ECRI’s technology hazards at http://bit.ly/1WQJIUM. Access the report from The Boston Globe online at http://bit.ly/1MWEX7Q.)

Several healthcare facilities are reporting success with their efforts to reduce alarm fatigue. Boston Medical Center recently reported that its analysis showed the vast majority of warning alarms at the hospital don’t need an audible signal, so the hospital decided it was safe to switch them off. At the same time, the hospital also upgraded some low-level warning alarms to a higher level that signifies a crisis. Boston Medical also gave nurses the authority to change alarm settings to account for the differences among patients. As a result, just one division of the hospital went from 90,000 alarms a week to 10,000. (The hospital’s experience with addressing alarm fatigue is described in the Journal of Cardiovascular Nursing, which readers can access online at http://bit.ly/1RPVulq.)

Hospital leaders wanted to create a safer patient environment by making alarms more meaningful and useful to clinicians, explains Jennifer Sanders, MSN, RN, NEA-BC, director of clinical support operations at the hospital. Initial efforts focused on gathering data to quantify what clinicians knew anecdotally: There were too many alarms going off too often, and they had a detrimental effect on patient care. TCH worked with an outside clinical decision technology vendor, Medical Informatics Corp. in Houston, TX, to develop an alarm dashboard that provided a patient-level analytics platform that the care team could use to make decisions about alarm settings.

The hospital also formed a multi-disciplinary team with membership from the medical staff, nursing staff, clinical informatics, biomedical engineering, information services, and the vendor. TCH chose the Progressive Care Unit (PCU), a step-down intensive care unit, as an early adopter unit because it was known anecdotally to have a high number of alarms. The team began collecting data from the electronic medical record, cardiac monitoring system, and nurse staff assignments.

The team made recommendations based on a 53-day data analysis, which included an onsite environmental analysis, multiple staff interviews, and a comprehensive analysis of the alarm and patient data collected. Based on these findings, the team decided to use a Plan-Do-Study-Act approach, a four-stage problem-solving model used for improving a process or carrying out change. The hospital started with simple changes and progressed to the introduction of patient-specific alarm dashboards. For example, some of the first changes involved simple environmental improvements such as changing trash and linen bins so that they would not make as much noise.

“We realized that every time a nurse would wash her hands and throw the paper towel away in the trash bin, the lid would make a very loud noise, and all the patient alarms would go off because they were startled and their heart rates went up,” Sanders explains. “The simple fix was putting silent closing lids on the trash cans, and that alone produced an almost 3% reduction in alarms on those units.”

Rather than focusing on alarm fatigue as a technology problem or a nursing problem, the multidisciplinary team considered it a patient care issue and sought ways to improve the patient experience, she says. Assessing the data from different perspectives was important, Sanders says. The unit level data showing the alarms by bed can help identify the patients frequently in alarm status, and the nurse-level information depicts the alarm load by nurse, which allows nursing leaders to review patient assignments for appropriateness of total alarm volume by staff nurse. The patient view shows the alarms by patient for the past 24 hours and provides data and recommendations on changes to alarm limits to reduce alarm fatigue.

“This was a project that brought almost instant gratification,” Sanders says. “You could look at the data, make a change, and almost immediately see a change in the alarms and the noise on the unit.”

Auth in Place, Then Additional Procedure Is Done? Take Steps to Avoid ‘No Auth’ Claims Denials

TJC Delays End of the Ban on Text Orders

Financial Disclosure: Executive Editor Joy Dickinson, Nurse Planner Kay Ball, Physician Reviewer Steven A. Gunderson, DO, and Consulting Editor Mark Mayo report no consultant, stockholder, speaker’s bureau, research, or other financial relationships with companies having ties to this field of study. Stephen W. Earnhart discloses that he is a stockholder and on the board for One Medical Passport.