HOUSTON – Delirium in patients with advanced cancer is fairly common in the emergency department but remains undiagnosed in many cases.

That’s according to an article published online in the journal Cancer.

The research led by The University of Texas MD Anderson Cancer Center suggests that the condition is similarly common among older and younger patients and advises that all patients with advanced cancer be considered at higher risk for delirium.

Background information in the article notes that studies of delirium, the most common neuro-psychiatric syndrome in patients with advanced cancer, tend to focus on the palliative cancer care setting or solely on elderly patients in the ED.

For this study, researchers compiled a random sample of 243 English-speaking advanced cancer patients, ranging in age from 19 to 89 years old, who presented to the ED. The Confusion Assessment Method (CAM) was used to screen for delirium, and the Memorial Delirium Assessment Scale (MDAS) was employed to measure delirium severity with a scale of mild (less than 15), moderate (16-22), and severe (greater than 23).

Results indicate that 9% had CAM-positive delirium and a median MDAS score of 14. Among CAM-positive patients, delirium was mild in 82% and moderate in 18%, according to the MDAS finding.

Interestingly, patients aged 65 years and older were less likely to have CAM-positive delirium, 10%, than those younger than 65 years, 12%. At the same time, emergency physicians failed to detect delirium in 41% of CAM-positive delirious patients, according to the report.

"We found evidence of delirium in one of every ten patients with advanced cancer who are treated in the emergency department. Given that we could only study patients who were able to give consent to enter our study, even ten percent is likely to be a low estimate," explained study leader Knox Todd, MD, MPH, in an MD Anderson press release. "We also identified many psychoactive medications that could have contributed to delirium, and sharing this information with treating oncologists may help them avoid such complications in the next patient they treat."

“Delirium is relatively frequent and is underdiagnosed by physicians in patients with advanced cancer who are visiting the ED. Further research is needed to identify the optimal screening tool for delirium in the ED,” write study authors who also point out that their research is an example of the importance of the ED as a setting for monitoring the quality of cancer-related care and its potential role in preventing complications of cancer treatment.

LEBANON, NH – It’s a frequent dilemma when stroke occurs: Should the patient be transported to a primary stroke center (PSC), which offers specialized care, or will the extra travel time mitigate the benefits?

An article published online by JAMA Internal Medicine provides a fairly straightforward answer: Hospitalization of patients with stroke in PSCs was associated with decreased seven-day and 30-day case fatality compared with noncertified hospitals.

Yet, the Dartmouth-Hitchcock Medical Center-led study suggests that traveling at least 90 minutes to receive care offsets the 30-day survival benefit of PSC admission. To reach that conclusion, researchers analyzed data for a national group of Medicare beneficiaries and calculated travel time.

With stroke a leading cause of death and long-term disability in the United States, PSCs certified by The Joint Commission have been established to ensure adherence to guidelines and the efficient delivery of disease-specific care. Yet, incentives to direct patients with stroke to regional PSCs can affect travel times and outcomes, according to the report.

Using a study period from 2010 through 2013, researchers focused on 865,184 Medicare fee-for-service beneficiaries, average age nearly 79 years, who presented with a stroke. Slightly more than half of the patients, 53.9%, were treated at one of 976 PSCs across the country, with about 24% of them living closer to a PSC than to a non-PSC facility.

Results indicate that admission to a PSC was associated with a 1.8% lower seven-day and 30-day death rate, but that traveling at least 90 minutes to a PSC appears to offset any mortality benefits. Presented another way, the study suggests 56 patients with stroke need to be treated in PSCs to save one life at 30 days. For seven-day outcomes, the study posits that 60 minutes of travel time for a PSC admission could be the offsetting factor.

"Further investigations are necessary to identify the best combination of approaches to improve access to centers of excellence and stroke outcomes," the authors conclude.

In a related commentary, Lee H. Schwamm, MD, of Massachusetts General Hospital and Harvard Medical School, both in Boston, writes that, “Within the limits of their Medicare (Centers for Medicare & Medicaid Services) fee-for-service claims data source, [researchers] did an elegant job of trying to control for measured and unmeasured confounding introduced by the nonrandom allocation of patients.”

“The most cost-effective sorting and allocation strategies will occur in the context of a unified stroke system of care that brings together centers of varying capability that are publicly reporting their performance data, engaged in continuous quality improvement, and focused on what is best for patients,” Schwamm adds. “Smartphone apps or similar methods are needed that can factor in the onset time, degree of stroke severity, travel times, hospital door-to-needle and door-to-puncture times, rates of recanalization success, patient preference, and in-hospital mortality to determine the best possible destination for each patient.”

PITTSBURGH – New research finding that higher patient volume improves outcomes emphasizes the importance of taking that into consideration when designating a new trauma center in a region.

A study published in Annals of Surgery finds, for the first time, that changes over time in the volume of patients seen by trauma centers can influence the survival of seriously injured patients.

"It takes about three years for the impact of increased patient volume to translate into improved patient outcomes," said lead author Joshua Brown, MD, MS, a research fellow in the Division of Trauma and General Surgery in the University of Pittsburgh School of Medicine's Department of Surgery. "Siphoning of patients through unregulated growth of unnecessary trauma centers can have a profound detrimental impact on patients that isn't immediately obvious. Before designating a new trauma center, serious consideration should be given to how that designation will affect patient volumes over time at trauma centers throughout the region."

For the study, researchers examined records of nearly 840,000 seriously injured patients seen at 287 trauma centers between 2000 and 2012. The centers averaged 247 severely injured patients per year, and 90% of the cases involved blunt injury.

The researchers compared the center’s actual death rate to the expected death rate if everything involving each trauma patient's care had gone perfectly.

While study authors concede that they don’t fully understand how patient volume is linked to outcomes, they theorize that, as trauma centers increase their number of patients, they also increase their resources, infrastructure, and experience.

"Taking care of patients who sustain complex traumatic injuries is a truly multidisciplinary effort, so it requires an institutional-level commitment of resources and staff," Brown pointed out in a University of Pittsburgh Schools of the Health Sciences press release. "There are many dynamics at play here that make the issue more involved than simply increased opportunity to hone surgical skills." 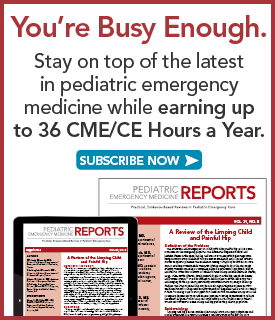