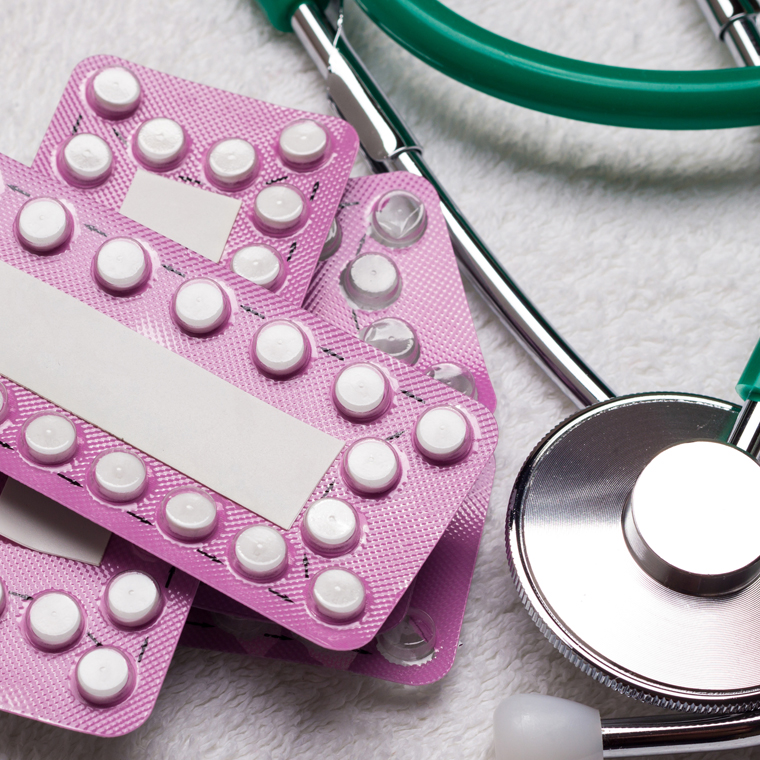 What Are the Roles of the Combined Oral Contraceptive Pill and Metformin in the Management of Polycystic Ovary Syndrome?

New labeling for the Pill: Will it change how you prescribe oral contraceptives?

Dr. Allen reports she is a Nexplanon trainer for Merck, and she has served on advisory boards for Bayer and Pharmanest.

This Phase IV, prospective cohort study of combined oral contraceptive (COC) users, titled the International Active Surveillance Study on the Safety of Contraceptives and the Role of Estrogens (INAS-SCORE), was conducted in the United States and Europe. The primary objective of the study was to assess the risks of short- and long-term use of a new COC formulation containing estradiol valerate (EV) and dienogest (DNG) compared to other COC formulations. The DNG/EV pill is marketed as Natazia in the United States and is approved for contraception and heavy menstrual bleeding by the FDA. Women were recruited from 2009 to 2013 in participating physicians’ offices. The main clinical outcomes were venous and arterial thromboembolic events: deep vein thrombosis, pulmonary embolism, myocardial infarction, and stroke. Study participants could be starters (new pills users), switchers (women switching from one COC to another), or restarters (women who restarted COCs with a break of at least four weeks). All women who opted for COCs were offered participation in the study. There were no specific inclusion or exclusion criteria. Robust baseline data on cardiovascular risk factors (age, body mass index [BMI], smoking, hypertension, high cholesterol, diabetes, family history, cancer) were collected, and women were followed every six months for the first two years and annually thereafter. A group of medical experts confirmed all reported serious adverse events by contacting study participants and their treating physicians as well as evaluating medical records. A blinded, independent adjudicator reassessed these judgments. The researchers compared three exposure groups: users of DNG/EV pills, users of all other COCs (oCOC), and users of levonorgestrel-containing COCs (LNG).

A total of 50,203 women enrolled in the study and were analyzed, 60% from Europe and 40% from the United States, contributing 105,761 women-years (WY) of observation. Average follow-up was 1.6 years in the United States because of a later recruitment start than anticipated and 2.4 years in Europe. Women were allowed to change COC types or discontinue COC use during the study. Ultimately, there were 12,512 WY for DNG/EV and 63,539 WY for oCOC, of which 10,071 WY were LNG users. Only 3.1% of study participants were lost to follow-up, and these women were balanced across the groups. Participants in the DNG/EV group were older at enrollment (median age 31 vs. 26 years). BMI and other cardiovascular risk factors were equally distributed among the three groups. American women had a higher BMI but lower smoking rates than European women. The authors observed 77 venous thromboembolic events (VTE): DNG/EV, nine cases for 7.2 VTE per 10,000 WY; oCOC, 58 cases for 9.1 VTE per 10,000 WY; and LNG, 10 cases for 9.9 VTE per 10,000 WY. After controlling for age, BMI, current duration of use, and family history of VTE, the adjusted hazard ratio was 0.5 (95% confidence interval [CI], 0.2-1.0) for DNG/EV vs. oCOC, and 0.5 (95% CI, 0.2-1.3) for DNG/EV vs. LNG. When only the European data were analyzed, the adjusted hazard ratio for DNG/EV vs. oCOC was 0.4 (95% CI, 0.2-1.0) and was statistically significant. A total of 18 arterial thromboembolic events (ATE) were observed: four myocardial infarctions, 10 ischemic strokes, two transient ischemic attacks, and two peripheral artery thromboses. This corresponds to DNG/EV, one case for 0.8 ATE/10,000 WY; oCOC, 15 cases for 2.4/10,000 WY; and LNG, one case for 1.0/10,000 WY. For comparison, there were two ATE in women not using contraception at the time.

Until now, the most common estrogen component of COCs has been ethinyl estradiol. Ethinyl estradiol is a potent synthetic estrogen with similar metabolic effects (e.g., liver protein production) regardless of the route of administration because of the long half-life of ethinyl estradiol and slow metabolism.1 In contrast, EV is a synthetic hormone that is immediately metabolized to estradiol and valeric acid before reaching the systemic circulation.2 Estradiol is identical to endogenously produced 17 ß-estradiol. Data from menopausal use have shown that transdermally and vaginally administered estradiol is not associated with an increased production of liver proteins and, therefore, has a lower risk for thrombosis.3 Whether the same will hold true of oral administration for contraceptive purposes has not been studied until now. A daily dose of 2 mg of EV has biological effects on the uterus, ovary, and hypothalamic-pituitary-ovarian axis similar to those of a 20 mcg dose of ethinyl estradiol.2 Natazia — the first estradiol-containing pill available in the United States — is a 28-day formulation that delivers 3 mg of EV on days 1 and 2, 2 mg of EV and 2 mg of DNG on days 3 to 7, 2 mg of EV and 3 mg of DNG on days 8 to 24, 1 mg of EV on days 25 and 26, and placebo on days 27 and 28. This four-phasic regimen was developed to minimize the unscheduled bleeding seen in earlier versions of EV-containing oral contraceptives. In a study comparing the DNG/EV oral contraceptive with a monophasic oral contraceptive containing ethinyl estradiol and LNG, the DNG/EV pill had a well-tolerated bleeding profile and decreased episodes of withdrawal bleeding.4

This study was conducted at the request of the European Drug regulatory authorities after the introduction of the DNG/EV pill to the market. The study has many advantages, including ascertainment of important confounding variables, validation of outcomes and exposure, comprehensive long-term follow-up, and a low rate of loss to follow-up. In addition, the study population was not restricted and is representative of COC users in normal clinical practice. The DNG/EV group was older than the oCOC group, especially in the European population (difference in mean 6.2 years). The authors speculated that this reflects prescribing patterns in Europe, where gynecologists use estradiol-containing hormone replacement therapy preparations preferentially, and, therefore, may have associated the DNG/EV oral contraceptive pill with older women. In addition, during the study, the DNG/EV pill had approval for heavy menstrual bleeding in Europe but not yet in the United States.5 Therefore, it may have been chosen preferentially for older women in Europe.

The authors highlighted the fact that the European data showed a statistically significant lower risk of VTE for DNG/EV vs. oCOC pills and that incidence rates were lower for DNG/EV vs. oCOC and LNG. The authors focused on the European-only data, as only 4% of the DNG/EV group was American and there were no VTE events in the American DNG/EV participants. These are certainly promising data about EV that will need to be confirmed with further studies. These results were unchanged when VTE outcomes were restricted to only “idiopathic” VTE (e.g., not associated with pregnancy, surgery, trauma, immobilization, chemotherapy, or long-haul air travel). It would be interesting to know in future analyses if the risk of VTE changed when comparing DNG/EV users to users of COCs containing only 20 mcg of ethinyl estradiol. However, at the very least, there is good evidence that the DNG/EV is as safe as existing pills containing ethinyl estradiol and other progestins. Personally, I have not prescribed Natazia, since it is a brand-name pill that is more expensive than generics in the United States. Nevertheless, the safety data for this new formulation are reassuring.

Oligohydramnios: How to Best Diagnose It and What It Really Means

PCOS and Hormonal Contraception: A Tale of Two Syndromes?