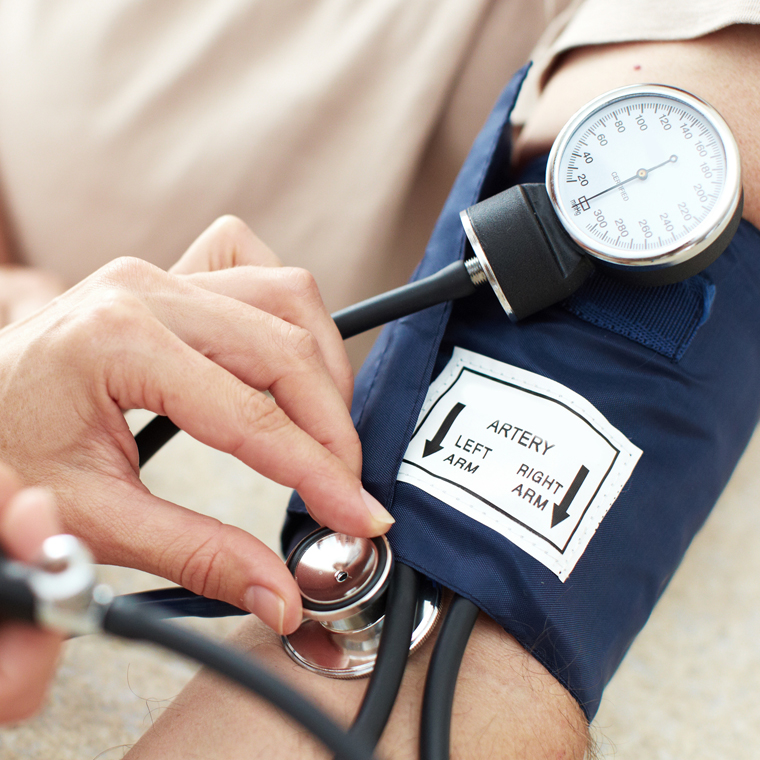 High Blood Pressure: How Low Should We Go? SPRINT and a New Meta-analysis

In Patients with Intracerebral Hemorrhage, Intensive Lowering of Blood Pressure Does Not Improve Outcome

Blood Pressure Lowering After Acute Stroke: Can It Kill You?

Since the latest guidelines were released, two new trials have been published that advance the debate over blood pressure targets in hypertension: SPRINT and HOPE. We discussed the initial Systolic Blood Pressure Intervention Trial (SPRINT) data in the November 2015 issue of Clinical Cardiology Alert prior to publication of the full paper. These data showed that intensive therapy to a systolic blood pressure (SBP) goal of < 120 mmHg (intensive treatment) vs. < 140 mmHg (standard treatment) resulted in a 25% reduction in major adverse cardiac events (MACE) and death. The most recent publication reports on the prespecified subgroup of those ≥ 75 years of age. A previous trial (HYVET) suggested that a SBP target of < 150 mmHg was adequate in patients ≥ 80 years of age, and this target was recommended in some of the recent guidelines. Subjects enrolled in SPRINT had to be at increased risk for cardiovascular (CV) disease based on a history of CV disease (25%), chronic kidney disease, or a Framingham 10-year risk of CV disease of 15% or more. Exclusions included diabetes, stroke, heart failure, reduced left ventricular systolic function, standing SBP < 110 mmHg and an expected life expectancy of less than three years. SBP had to be between 130-180 mmHg for those on zero to one drug, 130-170 mmHg on two drugs, 130-160 mmHg on three drugs, or 130-150 mmHg on four drugs. Almost 4,000 patients > 75 years old were evaluated for trial entry, and 2,636 were randomized to the two treatment groups. The primary CV outcome was a composite of acute myocardial infarction, unstable angina, stroke, heart failure, and death from CV causes. The choice of antihypertensive treatment was up to each investigator at 100 sites. Maximum follow-up duration was six years. The mean SBP was 123 mmHg in the intensive treatment group and 134 mmHg in the standard treatment group. The primary outcome was achieved in 102 of the intensive group (2.6%/year) and in 148 of the standard group (3.9%/year) (hazard ratio [HR], 0.66; 95% confidence interval [CI], 0.51-0.85). At three years, the number needed to treat (NNT) was 27. However, CV death was not statistically significant, with an NNT of 116. More patients in the intensive therapy group with a normal estimated glomerular filtration rate (eGFR) at baseline exhibited a 30% decrease in eGFR to < 60mL/min/1.73m2 (HR, 3.14; CI, 1.66-6.37). All serious adverse events were higher in the intensive treatment arm, but not statistically significant: hypotension (2.4% vs. 1.4%), syncope (3.0% vs. 2.4%), electrolyte abnormalities (4.0% vs. 2.7%), and acute kidney injury or renal failure (5.5% vs. 4.0%). Researchers noted orthostatic hypotension in about 21% of both groups, but injurious falls were somewhat less common in the intensive group (4.9% vs. 5.5%). The authors concluded that an SBP target of 120 mmHg vs. 140 mmHg resulted in fewer MACE in hypertensive patients ≥ 75 years of age.

Before applying trial results to your patients, it is important to understand who was in the trial and who wasn’t. The exclusion criteria included diabetes, stroke, heart failure, low ejection fraction (< 35%), SBP < 110 mmHg standing, and residence in a nursing home. This is a lot of non-applicable patients. The characteristics of those in the trial also are interesting: 60% had an abnormal eGFR (< 60). Also, all were supposed to have or be at high risk for CV disease, yet only half were on statins and 60% on aspirin. The authors claimed that their patients’ characteristics match those of 60% of the general population, based on National Health and Nutrition Examination Survey data. I find this hard to believe.

The hypertension treatment was not pre-determined, and each physician enrolling patients in the 100 centers could use whatever drugs he or she wished. The researchers managed to get the target < 140 mmHg SBP patients to a mean of 134 mmHg, but the patients targeted to < 120 mmHg only reached a mean of 123 mmHg for a difference of 11 mmHg. Thus, more than half of the intensive group did not get below 120 mmHg, and the mean difference between groups was less than the overall trial (11 mmHg vs. 15 mmHg). Yet there was a 33% reduction in the primary endpoint, which is amazing. When individual components of the primary composite endpoint are examined, only heart failure and all-cause mortality were significantly reduced. The other CV endpoints, including CV death, were not.

What was the cost of attaining these meager results? There were more adverse effects, as you would expect, but particularly worrisome is the three-fold increase in those who experienced a 30% drop in eGFR to < 60. Even the authors agreed this finding requires a longer follow-up to assess whether this would lead to end-stage renal disease. The authors did not assess cognitive function, a big concern in elderly patients. Also, the authors did not explore the cost of the extra medications and office visits to achieve more aggressive SBP targets. Finally, compliance with aggressive regimens outside the confines of a clinical trial would certainly be an issue. Interestingly, concerns about myocardial infarction and ischemia occurring because of lower diastolic pressures in the aggressive treatment arm were not manifested. About 25% of the subjects had known coronary artery disease, and there was no increase in cardiac events with aggressive therapy to a mean diastolic BP of 62. However, mean diastolic BP in the standard group was 67, so there may not have been enough of a separation to see a difference in cardiac events.

So what are we to do with these results? Clearly, there is a J-shaped curve. Too high an SBP is bad, as is a too low SBP, but where is the sweet spot for each patient? SPRINT clearly shows that in patients > 75 years of age with a high incidence of chronic kidney disease but no diabetes, a target SBP of < 130 mmHg is reasonable. This is supported by other studies in renal disease patients, where target SBPs of < 135 mmHg have been recommended. However, for patients who don’t fit the narrow entry criteria of SPRINT, higher targets in those > 75 years of age may be appropriate, as other studies with broader patient populations have shown.

Screening for Coronary Artery Disease Is Underused in Heart Failure