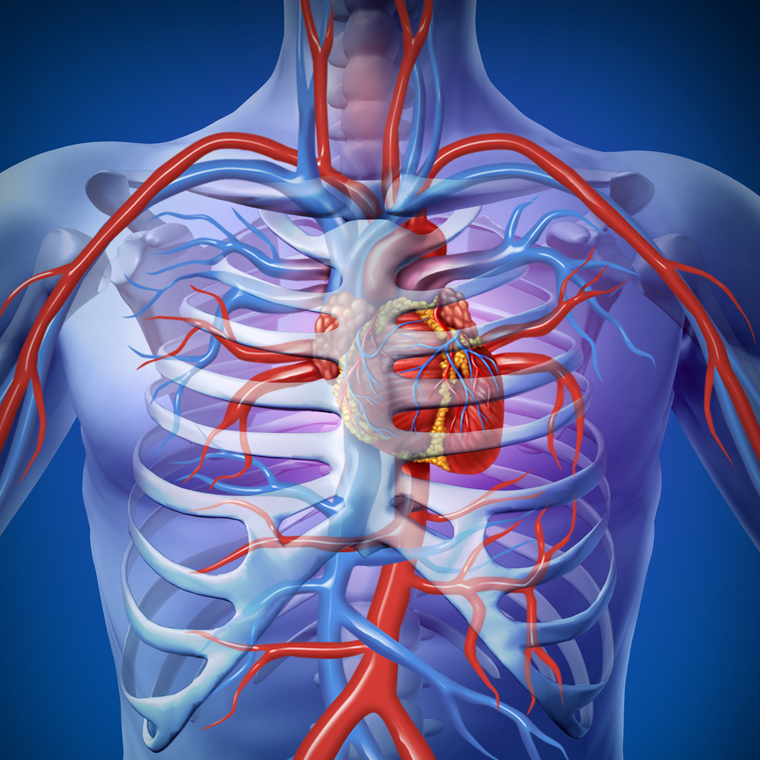 Dr. Radigan reports no financial relationships relevant to this field of study.

Damage from cerebral anoxia is an extremely complicated process with many stages of injury. Within minutes of the anoxic insult, adenosine triphosphate and glucose are depleted, leading to mitochondrial damage, loss of calcium hemostasis, and eventual cellular necrosis and apoptosis.5 Following reperfusion of the brain, anoxic injury is mitigated, but re-oxygenation promotes further development of reactive oxygen species and activates other inflammatory pathways, leading to cellular damage and death that may persist over hours to days after return of spontaneous circulation (ROSC). Hypothermia mitigates the post-cardiac arrest inflammatory cascade and aborts activated programmed cell death pathways. This subsequently prevents further damage, including intracranial hypertension and brain edema.

Although hypothermia as a medical intervention dates back to the time of Hippocrates, it has been difficult to study hypothermia after cardiac arrest, as most trials are limited by small numbers of participants. Recently, Arrich et al published a review of six randomized, controlled trials and found that 437 of the participants who underwent conventional cooling were more likely to reach a favorable neurological outcome (relative risk [RR], 1.94; 95% confidence interval [CI], 1.18-3.21) with a 30% survival benefit (RR, 1.32; 95% CI, 1.10-1.65).7 Although there were no serious side effects, TTM was associated with an increased risk of pneumonia (RR, 1.15; 95% CI, 1.02-1.30) and hypokalemia (RR, 1.38; 95% CI, 1.03-1.84) in two trials. Despite insufficient evidence to show the effects of therapeutic hypothermia on the specific patient populations that included IHCA, asystole, or non-cardiac causes of arrest, based on the available data, researchers otherwise supported conventional cooling methods that induce mild therapeutic hypothermia to improve neurological outcomes after cardiac arrest.

For patients presenting with OHCA and non-shockable rhythms, no randomized, clinical trials are available, and three observational studies found no difference in neurological outcome at hospital discharge for patients who underwent induced hypothermia.8-10 Although Mader et al reported an increase in poor neurological outcomes at hospital discharge among OHCA survivors who had a non-shockable first documented rhythm, the analysis was questioned, as there was a lack of information on whether patients were eligible for hypothermia.11 Furthermore, another study found that patients who underwent induced hypothermia were found to experience reduced mortality at six months.9 For patients with IHCA, no randomized data are available, and one observational study found no benefit to hypothermia. Again, the results were confounded by a variety of issues, including lack of information on whether patients were appropriate candidates for hypothermia.12 Although data on IHCA and OHCA with non-shockable rhythms may never be conclusive, Nielsen et al questioned previously established goal temperature guidelines and found no significant difference in mortality or poor neurological outcomes when comparing a targeted temperature of 33°C to 36°C in unconscious survivors presenting with OHCA and ROSC.13 This new temperature target range is the reason the term “therapeutic hypothermia” was changed to “targeted temperature management.”

In reviewing all available studies, the 2015 American Heart Association (AHA) guidelines recommend that all comatose (i.e., lacking meaningful response to verbal commands) adult patients with ROSC after cardiac arrest should be started on TTM with a target temperature between 32°C and 36°C maintained for at least 24 hours.6 Compared to the 2015 International Liaison Committee on Resuscitation (ILCOR) Advanced Life Support (ALS) Task Force guidelines and previous AHA guidelines, the 2015 AHA guidelines strongly push for initiating TTM even in adults experiencing cardiac arrest due to non-shockable rhythms and for adults who suffered from IHCA. By way of comparison, the ILCOR guidelines recommend TTM for adults with OHCA with initial shockable rhythms and suggest TTM for adults with OHCA with an initial non-shockable rhythm and for adults with IHCA with any initial rhythm.14

The AHA decided to advocate stronger recommendations based on recent clinical trials enrolling adults who developed all cardiac rhythms; it found that the evidence for adverse events was rare, that there was high neurologic morbidity and mortality associated with ROSC after cardiac arrest, and that a significant amount of data found that temperature was a significant variable for recovery after cardiac arrest. The AHA advocated stronger recommendations with the knowledge that there is no significant difference in mortality or poor neurological outcomes when comparing a targeted temperature of 33°C to 36°C. Higher temperatures may be recommended for patients at higher risk of complications (e.g., bleeding, hypotension with uncontrolled infection) and lower temperatures for patients who have clinical features that may be worsened at higher temperatures (e.g., seizures, cerebral edema). Regardless, it is prudent that individual hospitals formulate a formal protocol that includes a consensus on specific inclusion and exclusion criteria (e.g., active bleeding, major head trauma, active do not resuscitate status, etc.) for initiation of TTM for that particular institution.

Clinicians usually perform TTM in four different stages: initiation, maintenance, re-warming, and return to normothermia. Initiate control of the patient’s temperature as soon as possible with a target temperature of 32°C to 36°C for 24 hours, followed by gradual re-warming (0.25°C/hour).7 There are multiple strategies to induce therapeutic hypothermia, including ice bags, cold saline infusion using a pressure bag, cooling blankets, and temperature-regulated surface and endovascular devices that circulate cold water. Although the latter allows for easier temperature control, the particular device used depends on the institution. Regardless of the tactics, monitor patients using two temperature assessment methods. Place a feedback mechanism on the cooling device to actively control the patient’s temperature. Ideally, one should measure using central venous temperature, but other options include esophageal, bladder, or rectal probes.15 However, urine output that falls below 0.5 mL/kg per hour compromises the accuracy of bladder temperature. It also is important to note that rectal measurements may misrepresent core temperature by as much as 1.5°C. In general, do not use axillary and tympanic measurements. Re-warm the patient gradually, with a recommended incremental increase in temperature by 0.2°C to 0.25°C per hour.13 If the patient is re-warmed faster than 0.5°C per hour, complications can occur and may include electrolyte abnormalities, cerebral edema, and seizures. Since fever post-TTM is associated with worse outcomes, actively prevent fever in comatose patients after TTM.6

SEDATION AND SUPPRESSION OF SHIVERING

Shivering is the body’s natural mechanism to re-warm the body. Actively suppress shivering during TTM. Typically, shivering develops between 35°C and 37°C. Minimize shivering by raising cutaneous temperatures with warming blankets. Magnesium sulfate also may raise the shivering threshold. Some institutions administer an initial 4 g bolus to patients undergoing TTM. Administer a low-dose sedative and an analgesic agent, usually propofol and fentanyl, to all patients receiving TTM (see Figure 1). Generally, agents with the shortest half-life are preferred since frequent neurological assessment is required. It is important to keep in mind that hypothermia reduces clearance of most sedatives, analgesics, and neuromuscular blockade agents (NMBAs).

CARE OF AND COMPLICATIONS IN POST-CARDIAC ARREST PATIENTS

Clinicians in the ICU always must be aware of how TTM can complicate the clinical care of the patient. Hypothermia is known to affect hemodynamics in several ways, including the development of tachycardia and hypertension at the start of TTM. Once the patient is effectively cooled, bradycardia, PR prolongation, QT prolongation, and junctional or ventricular escape rhythms may develop. Treat bradycardia only if it is associated with hypotension. Blood pressure may be high as a result of peripheral vasoconstriction and increased systemic vascular resistance. However, patients are more often hypotensive as a consequence of the post-resuscitation inflammatory response. Avoid hypotension and treat it with IV fluids and vasopressors as needed to maintain a systolic blood pressure ≥ 90 mmHg or a mean arterial blood pressure of > 65 mmHg.6

It also is important to maintain a goal oxygen saturation of 94-96%. Avoid excessive FiO2 to prevent the development of reactive oxygen species, which can lead to further neurological damage.6 Additionally, maintain normocarbia by avoiding both hyperventilation and hypoventilation. Most importantly, hypocarbia is associated with poor outcomes, so make sure to avoid it.

Since 12-22% of patients who are comatose after cardiac arrest experience seizures, non-convulsive status epilepticus, and other epileptiform activity, complete an EEG and interpret it promptly. Then, monitor the EEG frequently or continuously in comatose patients after ROSC.6 Since hypothermia decreases insulin secretion and increases insulin resistance, hyperglycemia is common during TTM. Maintain blood glucose measurements between 140 and 180 mg/dL.16 The risk for hypoglycemia is of greater concern during re-warming, when glucose levels may fall precipitously, especially in patients receiving IV insulin. Other common complications include mild coagulopathy as well as an increased risk of infection due to impaired cellular and antibody immunity. If a patient experiences significant bleeding, stop TTM and re-warm the patient to a core temperature of 36°C. Monitor fluid status and electrolytes, especially potassium, magnesium, and phosphorous, closely as many patients will develop cold diuresis. Always position the head of the bed at an elevation of 30 degrees to prevent aspiration and elevated intracranial pressure. It always is important to maintain stress ulcer prophylaxis, deep vein thrombosis prophylaxis, enteral feeding once bowel motility returns (usually after TTM), and early physical and occupational rehabilitation.

Neurological complications are the most common cause of death after cardiac arrest.2 Unfortunately, providing an accurate prognosis can be quite challenging. The most recent AHA guidelines suggest delaying neurological prognostication until at least 72 hours after return of normothermia.6 Specific findings that may be useful to predict poor neurological outcomes are reviewed in Table 1. If the patient progresses to death or brain death, strongly consider organ donation.