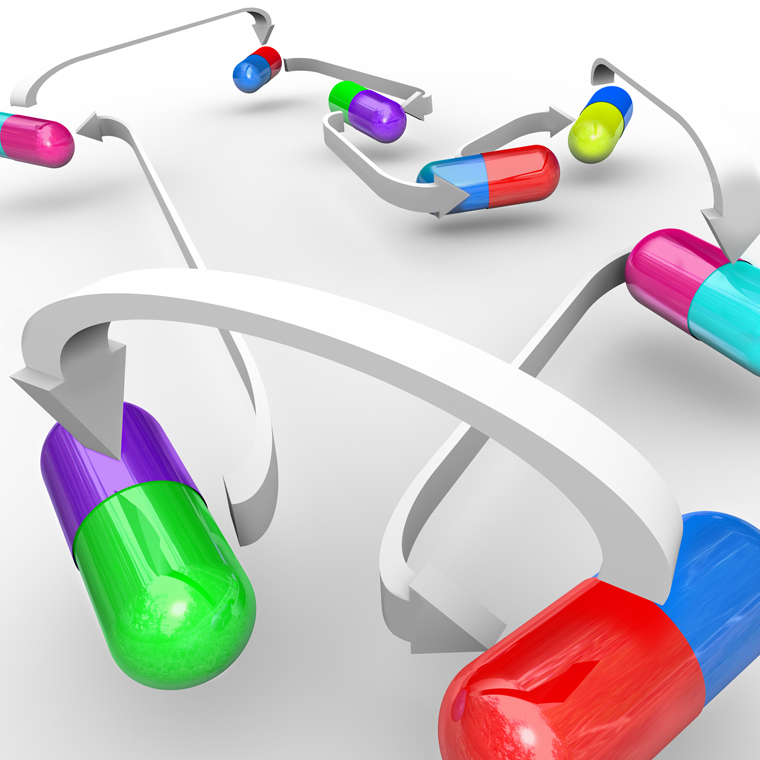 Creatine Use May Lead to Exertional Compartment Syndrome

Dietary Supplement Use Underreported in the Office

Supplement: Did the Ephedra Ban Mark a New Era of Dietary Supplement Regulation at the FDA?

Dr. Feldman reports no financial relationships relevant to this field of study.

SYNOPSIS: Looking at data from 2005 and 2011, this descriptive study found increasing prevalence of polypharmacy and dietary supplement use among older adults and an escalation in risk of drug-drug interactions.

Medication use and polypharmacy among older adults is common; the vulnerability of this growing segment of our population makes this an especially alarming trend.1 This group of researchers looked at medication use, including prescription medications, over-the-counter (OTC) medications, and dietary supplements, among older adults in 2005-2006 and again in 2010-2011 to track and analyze trends and patterns.

The raw data for this longitudinal study came from the National Social Life, Health, and Aging Project (NSHAP), an innovative project incorporating field research and direct observation of a nationally representative study population.2 Wave 1 of this project occurred in 2005-2006 and Wave 2 was completed in 2011. Although the NSHAP focus is based broadly on investigating and understanding social relationships in the aging population, medication data were collected in conjunction with this effort and were available to be used for other purposes.

All NSHAP participants agreed to be interviewed in their own homes and to provide containers of any medications used on a “regular schedule.” The researchers generated a computer-based log with names of medications categorized according to type (defined as prescription, OTC, or supplement) and placed into a specific drug class (for prescription and OTC medications) or supplement type (such as nutritional or alternative therapy). The researchers used Micromedex, a commercially available drug interaction software program, to identify major potential drug-drug interactions.3

Results from Wave 2 (2010-2011) are significant when viewed in isolation, but they are even more meaningful when compared with the results from Wave 1 (2005-2006). The numbers are impressively large — these authors analyzed data from 2,351 subjects from Wave 1 and 2,206 subjects from Wave 2, with an overlap of 1,555 individuals. To compare results from the two time periods and account for increased medication use with increased age, the authors applied age-adjusted statistical analysis and looked only at adults aged 62-85 years at the time of data collection. See Figures 1 and 2 for selected results.

Figure 1 compares medication use of all types collected in Wave 1 and then again during Wave 2. Notably, while prescription medication use went up slightly in the Wave 2, more significant differences were seen in the decrease of OTC use and the increase in supplement use.

Figure 2 compares polypharmacy during the Waves 1 and 2. The concurrent use of five or more prescription medications in the study population rose from 2005 to 2011; however, when any medications (prescription, OTC, supplements) are considered, this trend is even more profound.

Among prescription and OTC medications, simvastatin, aspirin, lisinopril, and omeprazole all showed statistically significant increases, while atorvastatin showed a significant decrease in use during Wave 2.

The authors looked at the 20 most commonly used medications and supplements; using Micromedex, they then identified 93 potential drug-drug interactions (15 of which were potentially life-threatening and used by at least one respondent in the study.) Analysis by the authors revealed that 15% of the study population were using combinations of medications with potential adverse interactions compared with 8.4% during Wave 1 in 2005.

Although the point of this particular study is to understand medication use and trends among older adults, one would be remiss to overlook the essential role of NSHAP in providing accurate data. NSHAP, a project supported by the Center on Aging at the University of Chicago, has the goal of understanding multiple dimensions of well-being of community-dwelling older Americans in efforts to “find new ways to improve health” with aging. This longitudinal project already has completed two distinct waves of in-home interviews, including direct observation of more than 3,000 subjects (as noted above with Wave 1 in 2005-2006 and Wave 2 in 2010-2011); Wave 3 is due for completion in 2016.4 Thus, the medication data presented and analyzed by this group are only a small (but important) slice of the robust information collected by NSHAP. Analysis and understanding of factors other than medication that contribute to health while aging will be generated over time as more information comes to light and is available for researchers.

The information presented here is of great significance to all practitioners working with and treating older adults. Being acutely aware of the rising rate of dietary supplement use among older adults and intervening when combinations of agents with potential interactions are used can be life-saving. Interestingly, the same issue of the Journal of the American Medical Association (JAMA) also includes an article describing barriers to disclosing use of complementary and alternative therapies (CAM) to primary care providers. The article concluded that since 42% of CAM users do not disclose use to providers (based on 2012 National Health Interview Survey), it is important for providers to actively elicit information with empathic but detailed inquiry and for the medical community to make better efforts to educate physicians about CAM modalities and products.5

Perhaps the most sobering trend noted in the analyzed data is the growing use of polypharmacy in this age group. A companion article in this same issue of JAMA, titled “Polypharmacy — Time to Get Beyond Numbers,” offered the perspective of a geriatrician. Dr. Michael Steinman notes that the use of multiple medications is a double-edged sword — sometimes these are necessary for multiple conditions but, all too often, they add new problems caused by interactions and competing side effects. Identifying the problem, he notes, is only one step toward solving the problem.6

It also is useful to note that this study is analytic and descriptive. There are no hard data from the information presented regarding any ill effects from these medications or combinations of agents. Certainly, a look at the effect of these medication trends on morbidity, mortality, and quality of life in older adults is an area for future investigation.

What can an individual practitioner do right away? Perhaps one essential role, especially for the primary care provider but truly for all providers, is to create and/or update a careful and complete medication list including prescription, OTC, and dietary supplements at each encounter and then purge unnecessary agents. It can be difficult to recommend discontinuing a medication ordered by another practitioner, but a critical eye on the medication list with appropriate and thoughtful adjustments gives new meaning to “just what the doctor ordered” and sends a clear message to patients that more is not necessarily better.

In the era of the electronic record and remote medical monitoring, it would seem we have at our fingertips (or cursor) the perfect tool for reigning in and reversing polypharmacy. Perhaps a movement toward simplifying medication regimens rather than simply performing “medication reconciliation” could be a step toward making meaningful-use efforts medically meaningful for individual patients.