Reducing ED usage for routine care was a major goal of the Affordable Care Act. However, multiple recent reports show that contrary to expectations, ED visits are continuing to spike all across the country. ED overuse is a costly problem, in terms of direct costs and indirect damage. Long wait times cause frustration and complaints, which inevitably spill out on social channels and reflect on your hospital’s reputation.

Educating patients about alternative primary care can be challenge, however. Are patients aware of local options? With 66% of U.S. adults equipped with smartphones, leveraging mobile tools to manage ED traffic is a no-brainer. The following are app ideas ED providers can consider:

1. For patients arriving to the ED:

Offer visitors a simple ER app to view current wait times and the actual wait time post-triage. Patients can provide feedback directly from the app. This tells them: “We are listening, and we are keen to improve our service. Want to be seen sooner? View the nearest urgent care center; tap for GPS directions.”

Additionally, you can offer tips on how to minimize their bill. A user-friendly app explaining the financial effect of patients’ choices (copay vs. final bill, etc.) can encourage them to make responsible decisions.

Offer a branded urgent care app with easy search for in-network urgent care centers within proximity, with dynamically populated wait times. Allow patients to view common non-urgent conditions and symptoms. For example: “Do I need to go, or take my child, to the ED? Your app can help answer this question.”

Additionally, your app can send timely reminders for seasonal immunizations and wellness checks, advice regarding healthy habits, and more.

If you have a group of “frequent flyers” visiting the ED for non-emergency problems, consider distributing an inexpensive smartphone with a pre-installed app. Enable patients to view overnight stay or primary care options within proximity, and see the face of their local primary care doctor.

For more tips on how to design these efficient mobile tools, and how to launch them quickly without breaking the bank, download the whitepaper: 12 Hospital Apps for Quick Mobile ROI – Reducing ER Overuse, Preventable Readmissions, Referral Leakage, and Physician Burnout.

PHILADELPHIA – Despite evidence that tissue plasminogen activator (tPA) improves recovery from stroke, women and minorities appear to be less likely to receive the clot-busting treatment than other patients.

A study published online recently by the journal Neurology reviewed more than eight years of hospital records from across the country. The University of Pennsylvania-led researchers focused on patients with ischemic stroke who arrived at the hospital within two hours after the start of stroke symptoms and had no documented reasons that they could not receive tPA.

“Even though the clot-busting treatment for stroke called tPA improves recovery, some people who are eligible to receive the treatment are not getting it," explained lead author Steven R. Messé, MD. "We wanted to find out what factors were associated with lower likelihood of treatment, which may help us find ways to improve tPA use in the future."

Results indicate that, of the 61,698 patients in the study, 25% did not receive the treatment within three hours. Treatment rates improved over time, however, with 45% of those eligible receiving treatment from 2003-2005 compared to 82% from 2010-2011, according to the report.

After taking into consideration other factors that could affect treatment, including stroke type and severity, the researchers determined that women and minorities were less likely to receive clot-busting treatment. Specifically, female patients had 8% higher odds of not receiving treatment than men; while women were 50.6% of the total study group, they made up only 50.1% of those receiving treatment.

Undertreatment also was found with older patients and those who had suffered less severe strokes, as well as when cases arrived other than by emergency medical services, had longer onset-to-arrival and door-to-CT times, occurred earlier in the calendar year, and were at rural, nonteaching, non-stroke center hospitals located in the South or Midwest.

"More research is needed about why these potential disparities exist and how they can be addressed," Messé said in an American Academy of Neurology press release.

LOS ANGELES – Remember when treating pyelonephritis in the emergency department was usually as straightforward as prescribing a fluoroquinolone?

Those days are long gone, according to a new study published in the journal Emerging Infectious Diseases. The UCLA-led research shows how antibiotic-resistant bacteria are making it more difficult to treat the common but severe kidney infection.

Pyelonephritis, an infection of the kidney usually caused by E. coli bacteria and which can start as a urinary tract infection, causes fever, back pain, and vomiting, according to background information in the article. About half of people infected require hospitalization, and, if not treated with effective antibiotics, the infection can cause sepsis and death.

The new study was based on data from 10 large hospital emergency departments around the country, where nearly 12% of patients diagnosed with pyelonephritis had infections resistant to the standard class of antibiotic used in treatment — fluoroquinolones, often ciprofloxacin.

A decade ago, research suggested the resistance rate was just 4%, study authors report. Yet, in certain cases now, risk factors such as international travel, recent hospitalization, or treatment with an antibiotic can drive fluoroquinolone resistance rates past 20%, they write.

The study also documents the emergence of infections caused by a specific strain of E. coli — extended-spectrum beta-lactamase (ESBL)-producing — that is resistant to additional types of antibiotics, severely limiting treatment options. The enzymes, which first were detected in 1979 and are found most often in developing nations, were not cited in previous studies on this topic, according to the researchers.

"This is a very real example of the threat posed by the emergence of new antibiotic-resistant strains of bacteria, which greatly complicates treatment of infection," explained lead author David Talan, MD.

The study involved 453 patients diagnosed with kidney infection between July 2013 and December 2014. Results indicate that the rates of ESBL-related infections varied from 0% to more than 20%, depending on the location of the ED and patient risk factors.

Study authors warn that, because about one in three people infected with ESBL-producing E. coli had no traditional risk factors for antibiotic resistance, the bacterial strain likely is now endemic in the United States. Furthermore, three of every four patients infected with ESBL-producing E. coli were treated initially with antibiotics ineffective against that particular strain of bacteria, which placed them at risk of poor outcomes, the report notes.

Study authors call for the development of new medications as well as revised guidelines calling for treatment with different types and combinations of antibiotics. In addition, they suggest that emergency physicians evaluating treatment options should be aware of antibiotic resistance rates in their regions and quickly test bacteria samples to determine specific strains. 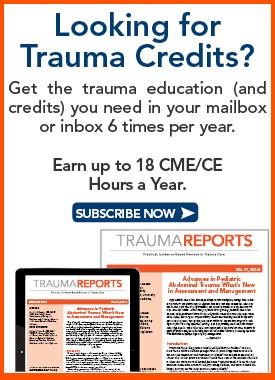 A new study published in the American Journal of Infection Control suggests they might be.

The study, led by researchers at the Yale School of Medicine, sought to investigate the effects of alcohol-based hand hygiene solution (ABHS) use by care providers on point-of-care alcohol breath analyzer interpretation under different clinically relevant conditions.

Previous studies have explored the possible connection between ABHS and false alcohol readings, but this investigation expanded the research by testing different types of sanitizer application and using timing as a crucial experimental variable.

That led the study team to conclude, “The use of hand sanitizer by staff may result in errant alcohol detection.”

The investigation found that the effects occurred despite allowing time for hands to dry or donning gloves. “Because the use of ABHS by individuals administering breath alcohol detection may result in false-positive detection of alcohol, staff using these devices should consider traditional hand hygiene with soap and water,” the researchers conclude.

While the study provided additional information, it wasn’t the first to warn of those consequences of ABHS use. A 2013 article in Academic Emergency Medicine also reported concerns about a link between hand sanitizers and inaccurate breath alcohol tests in participants who had not ingested alcohol.

“The use of common alcohol-based hand sanitizer may cause false-positive readings with a standard hospital Breathalyzer when the operator uses the hand sanitizer correctly,” the UCLA researchers wrote in the earlier report. “The Breathalyzer readings are further elevated if more sanitizer is used or if it is not allowed to dry appropriately.”