Far too many unvaccinated healthcare workers in long-term care 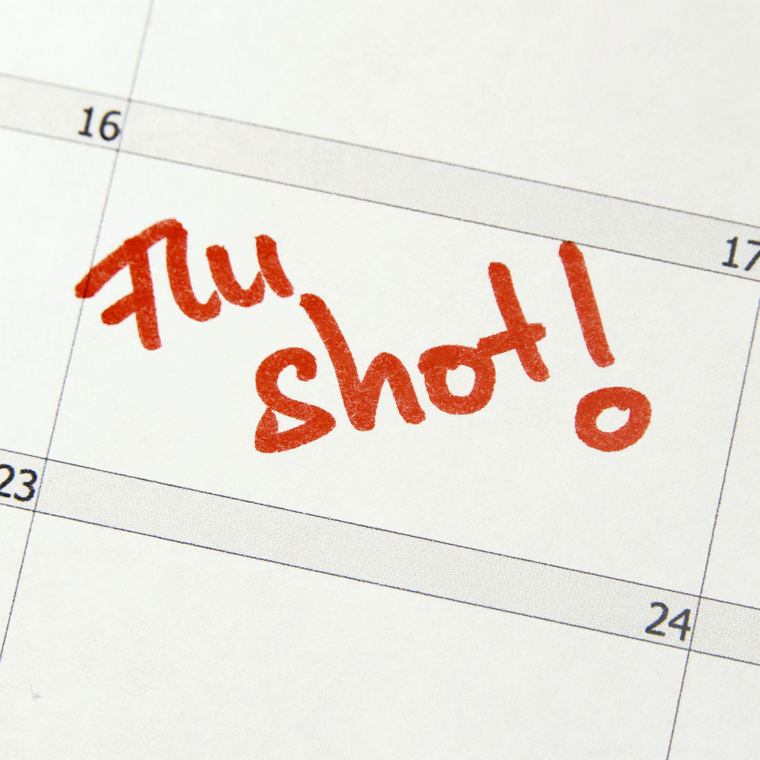 Healthcare worker influenza immunization rates continue to climb as the 2016-2017 flu season sets in, providing a critical measure of safety to vulnerable patient populations. Mandatory vaccination policies are driving a trend that saw 91% of hospital workers immunized during the last flu season — a far cry from the lagging levels of the voluntary flu shot era.

However, vaccination rates for healthcare workers in long-term care settings falls well below hospitals, with 31% skipping the seasonal shots despite caring for frail and elderly people at risk of serious flu infections, the CDC reports.1

This year’s public health message for universal flu vaccination of everyone age six months and older must overcome the typical questions about flu shot safety and side effects, the vaccine match with circulating strains, and the loss of the live attenuated influenza vaccine (LAIV) nasal spray mist this season for lack of efficacy. (See related story in this issue for more information.)

All of the above were discussed at a recent press conference on seasonal flu immunization at the National Foundation for Infectious Diseases (NFID) in Washington, DC, where public health officials and clinicians on the panel repeatedly returned to the prime directive of universal flu vaccination unless medically contraindicated.

Given the negative view of vaccines in general among some people and the occasional mismatch between the vaccine and the circulating flu strains, immunization advocates were understandably reluctant to get mired in discussions about vaccine efficacy or the lack thereof. Still, last year’s overall flu vaccine efficacy was only 41% against the predominate H1N1 influenza A strain and 55% against circulating B strains.2 Historically, the seasonal vaccine efficacy is an estimated 59%.3

“Flu is unpredictable,” Tom Frieden, MD, director of the CDC, noted at the NFID meeting. “We know there’ll be a season, but when it is and which vaccines — which flu strain predominates — only time will tell. The safest thing you can do is to get vaccinated. And this vaccine does match the flu strains we’ve seen so far, but it’s still too early to predict what the rest of the season will hold.”

Perhaps a more real-world measure of flu vaccine efficacy is reduced hospitalizations. The CDC estimates that some 200,000 people are hospitalized with flu infection annually in the U.S., and the number seems to be increasing as the population ages.4

“A 5% increase in the flu immunization rate nationally would prevent nearly 10,000 hospitalizations and about 800,000 illnesses,” Frieden said.

In contrast to the past struggles to get healthcare workers immunized, the field was framed as a success story at the press conference, where results were shared from a recently published CDC survey1 that found overall immunization rates of 79% in healthcare personnel during the 2015-16 influenza season. By comparison, the estimated overall flu coverage among healthcare workers in the 2014-15 season was 77%.

In the 2015-2016 season, hospital workers led the way with an aforementioned 91% immunization rate, while those in ambulatory care had an 80% rate and those in long-term care settings were only at a 69% vaccination level. Coverage was highest among physicians (96%) and lowest among assistants and aides (64%).

“For [hospitals], more than nine out of 10 got vaccinated.” Frieden said. “That’s a steady increase. I can remember just a few years ago when that was down around 60%. Now, 96% of doctors got vaccinated. And why do you think that is? Because we know that it works, that it protects ourselves, our families, our patients.”

As infection preventionists are well aware, there is another contributing factor: mandates for flu shots as a condition of employment. The CDC reported that during the 2015-16 influenza season, vaccination coverage was 96.5% among healthcare personnel working in settings where vaccination was required. However, overall only 38% of healthcare workers surveyed were required to be vaccinated against influenza. Hospital mandates were in place for 61% of respondents. By occupation, 51% of physicians and 50% of nurses reported that they were immunized under a mandate. However, only 22.5% of assistants and aides reported influenza vaccination requirements.

To estimate influenza vaccination coverage for the 2015-16 influenza season, the CDC conducted an internet panel survey of 2,258 healthcare workers from March 28 to April 14, 2016.

Typically, mandated flu shot policies have a declination clause for those citing a medical or religious reason not to be vaccinated. Healthcare settings vary on how they handle these requests for exemption, with some allowing those not vaccinated to continue working if they wear a surgical mask during patient care activities. This is based on the concern that healthcare workers with early-stage, asymptomatic flu infection may transmit the virus to vulnerable patients.

Another approach, taken at the University of North Carolina (UNC) Medical Center in Chapel Hill, is that any employee with fever — whether immunized for flu or not — cannot report to work.

“Our upper respiratory policy is that any employee with a fever can’t come to work; they have to be out of work for 24 hours minimum and it could be several days,” says David Williams, RN, of UNC occupational health. “They have to be fever-free for 24 hours to come back to work.”

In addition, if healthcare workers have upper respiratory type symptoms of runny nose or cough, they have to wear a mask to go into patient care areas, he tells Hospital Infection Control & Prevention.

“If they have symptoms that cannot be contained by a mask, they have to stay out of work,” he adds. “That is our general policy that applies to those with and without flu vaccination.”

The CDC survey found that, in the absence of mandated policies, flu immunization rates were highest (83%) for those workers in settings where vaccination was encouraged and available at the worksite at no cost for at least one day. There are various educational approaches to improve vaccination rates, many which include busting the common myths that the vaccine is unsafe or actually causes flu. More on that shortly, but first consider the approach used by Terri Rebmann, PhD, RN, CIC, FAPIC, professor of environmental and occupational health at Saint Louis (MO) University.

At a recent talk in Nashville at the annual APIC conference, Rebmann cited her own severe flu infection as a cautionary tale, saying she tells healthcare workers to compare the possible mild side effects of the vaccine with a full-blown flu infection.

“I actually had the flu and I was like, ‘oh my gosh I think I might be dying,’” Rebmann said. “I had it for 10 days. I got it the year the vaccine coverage was really poor because the strains didn’t match. It was awful, so I’ve become much more passionate when I talk about the side effects of the vaccine versus the actual symptoms of the flu.”

Whereas some people can feel like they almost have a mild viral illness for a brief time after the flu shot, flu symptoms can be “extreme” in terms of high fever, sore throat, and severe body and head aches, she said.

“A young, healthy woman thought she was going to die,” he said. “She was desperately ill, really scared, sicker than she’d been in her life. That was flu. Flu each year sends hundreds of thousands of people to the hospital. In a bad year, it kills up to 49,000 Americans, including the elderly, people with underlying conditions, and infants. Each year, we see 100 or more infants or children who die from flu. And when we’ve analyzed those infants, we’ve seen that about 90% didn’t get vaccinated.”

Such anecdotes certainly add a human context and sense of urgency to vaccination, but some healthcare facilities still do not educate workers about flu or encourage them to be immunized. The CDC survey found that only 45% of healthcare workers were vaccinated at sites where flu shots were not required, encouraged, or offered on site. This type of environment was reported by 21% working in ambulatory care and 28% of healthcare workers in long-term care.

The problem in long-term care settings is compounded by the limited protective value of flu vaccine in elderly residents who may have a poor immune response, even after immunization. In addition, a study8 published last year found that long-term care workers had lingering concerns about the safety of the vaccine, including the old myth that it could cause the flu.

“All the injectable vaccines … are killed vaccines purified so that you cannot get flu,” says Wilbur Chen, MD, of the University of Maryland School of Medicine’s Center for Vaccine Development. “It is possible for you to get an adverse reaction, but it is really just mild injection site reactions and maybe some pain, swelling, and some muscle tenderness that really is very mild and lasts for a couple of days. But that’s really the extent of it, so it’s an extremely safe vaccine.”

The elderly experience “immune senescence,” a decline in the body’s ability to respond and fight off infection, he noted at the NFID press conference. Similarly, they may not have a great post-vaccination bounce in immunity for flu, but the vaccine could lessen the severity of infections and prevent death.

“As far as efficacy, it’s the best we have,” Chen said. “A vaccine that is at least partially protective is better than no vaccination at all.”

There is a new option for those over 65 this flu season, a vaccine containing an adjuvant designed to boost the immune response, he says. The CDC and FDA approved the adjuvant vaccine based on safety and efficacy results in other countries. There is also a high dose vaccine, which contains four times the antigen level in the regular flu shot, available for those age 65 and over. The CDC does not recommend one over the other.

“We know that, at least in small clinical studies, that [the adjuvant] vaccine does seem to be very efficacious,” Chen said. “We’re very excited in the flu world that we have additional vaccines: the high-dose vaccine and the adjuvant vaccine for the elderly.”

The cutting-edge vaccines won’t do much good if the elderly decline to be immunized. Historically, about a third of those 65 and over ignore a standing recommendation to be vaccinated for seasonal flu that has been in place for decades. Thus, many are at high risk of flu infections due to poor vaccination rates and the aforementioned immune competence issues.

“The impact of flu every year hits the elderly the hardest,” Chen said. “Seventy percent to 90% of influenza deaths every year occur in those 65 years and older. For hospitalizations, 50% to 70% due to flu occur in [this] population.”

Thus, it’s worth reiterating that it is critical to improve flu immunization rates in healthcare workers in long-term care settings, as the residents may be vulnerable even if vaccinated. Immune compromised patients in hospitals and other settings are in a similar plight, potentially highly vulnerable to a flu infection in a worker providing their care.

As gleaned from the CDC and flu immunization advocates speaking at a recent press conference at the National Foundation for Infectious Diseases in Washington, DC, here are some take-home points for the 2016-2017 season.

Injection Safety Lapses All Too Common in Ambulatory Care

Lab Efficacy of Respirators over Masks Undermined by Real-World Use