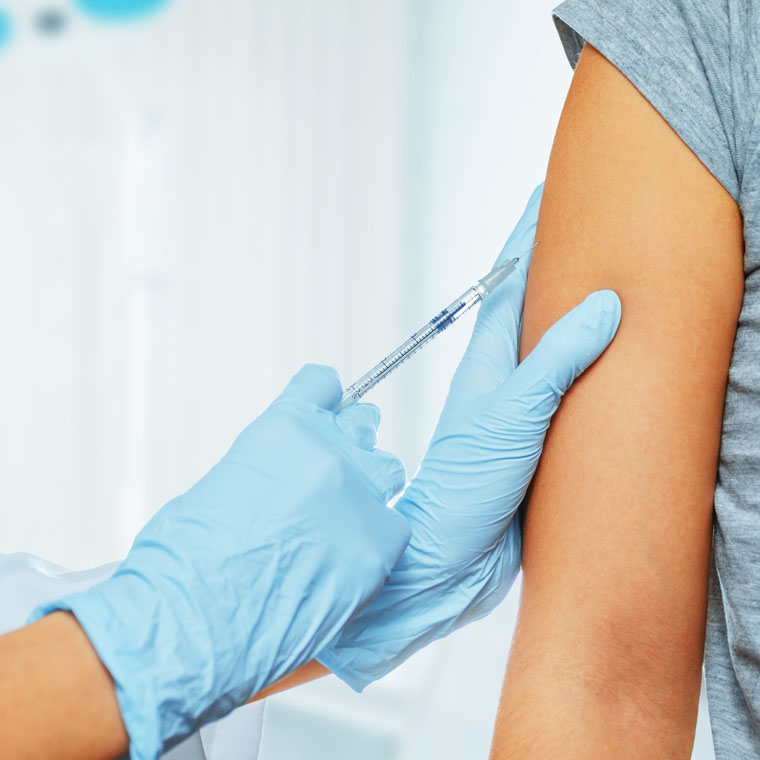 Who should be vaccinated with the flu shot this season? | Single Article

Which Seasonal Flu Vaccine Is More Efficacious — The Shot or the Nasal Spray? | Single Article

New research suggests that parents who seek and receive a flu shot for themselves make it more likely they will obtain a flu shot and other vaccines for their children.

The authors of a recently published paper studied the immunization records of more than 450,000 children 9-17 years of age in Oregon. Investigators discovered that when parents or caregivers received a flu shot, their children were 2.77 times more likely to receive their own flu shot. Conversely, if parents and adult caregivers decided to skip a flu vaccine, it was more likely that the children would not receive such a shot. Further, if parents and children receive the flu vaccine together, the researchers found that children were more likely to receive other crucial vaccines, especially the human papillomavirus (HPV) vaccine.

The researchers noted that lack of education and access to proper resources often leads to parents skipping vaccines for themselves and their children, which can pose public health problems.

“Identifying vaccine-hesitant parents before they decline vaccination for their children is potentially of use in clinical practice and would allow providers to deliver additional education,” the researchers wrote. “Increasing children’s immunization rates for seasonal influenza and other vaccines may depend on increasing parents’ access to and acceptance of immunizations for themselves.”

The upcoming June 2017 issue of Contraceptive Technology Update (CTU) contains an article about data that suggest concern about sexual activity is declining as a reason parents do not vaccinate their daughters against HPV. Instead, parents may not seek the vaccine because of their concerns about side effects and because they view the vaccine as unnecessary.

“Research indicates that children who receive the HPV vaccine do not engage in sexual activity any earlier than those who only received other teen vaccines, indicating that children do not see the HPV vaccine as a license to have sex,” CTU author Rebecca Bowers wrote. “Providers’ perceptions of parental hesitancy may discourage them from recommending the HPV vaccine routinely. However, parents must understand the necessity and safety, as well as the benefits, of the vaccine.”

The HPV vaccine has proven to be a valuable prevention tool, but there have been concerns about what effect it produces on unborn fetuses. An article in “STI Quarterly,” a supplement to the June issue of CTU, notes that researchers have determined that babies born to women who receive the HPV vaccine during pregnancy didn’t demonstrate a significantly higher risk for major birth defects, low birth weight, preterm birth, or stillbirth when compared to babies who were not exposed. Clinicians generally don’t recommend the vaccine for pregnant women; however, some women are exposed early in the first trimester of an unknown or unplanned pregnancy.

With this information in hand, there may be efforts to include more pregnant women in clinical studies of other drugs and vaccines. The 21st Century Cures Act contains language that advocates for exactly that.

For much more information on women’s health and infectious diseases, be sure to check out OB/GYN Clinical Alert, Infectious Disease Alert, Hospital Infection Control & Prevention, and Hospital Employee Health.