Study Examines Use of Hormonal Contraception and Breast Cancer Risk 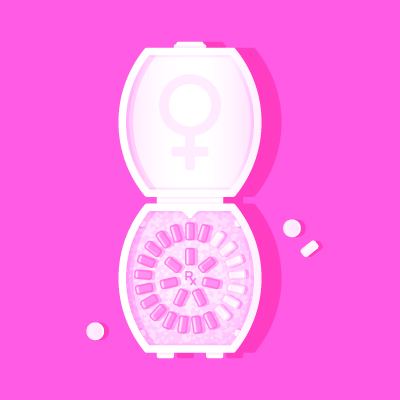 Is There an Increased Risk of HIV Transmission with Use of Hormonal Contraception?

Results from a study of 1.8 million Danish women ages 15-49 indicate that women who currently or recently used contemporary hormonal contraceptives have a higher risk of breast cancer than women who have never used such methods. While the risk increased with longer use, the absolute increases in risk were small.

Results from a study of 1.8 million Danish women ages 15-49 indicate that the risk of breast cancer is increased among women who currently or recently used contemporary hormonal contraceptives compared to those women who have never used such methods. While the risk increased with longer use, the absolute increases in risk were small.1

To perform the analysis, researchers evaluated the associations between use of hor-monal methods of contraception and the risk of invasive breast cancer. The study was a nationwide prospective cohort study of all Danish women ages 15-49 who had not experienced cancer or venous thromboembolism and had not received infertility treatment. The researchers used nationwide registries to obtain information about the use of hormonal contraception methods, diagnosis of breast cancer, and potential confounding factors. Hormonal contraceptives included combined oral contraceptives, patch and ring, as well as progestin-only methods, including progestin-only pills, contraceptive injection, implant, and levonorgestrel intrauterine device.

In an accompanying editorial, David Hunter, MB, BS, ScD, professor of epidemiology and medicine at the University of Oxford, noted that the approximately 20% higher risk of breast cancer found among women who currently use hormonal contraceptives compared to those who do not must be considered against the low incidence rates of breast cancer among younger women.2

In the editorial, Hunter points out that while the absolute increase in cancer risk is 13 per 100,000 women overall, it is only two per 100,000 women younger than age 35. The majority of cases that occurred in the analysis were recorded among women who were using oral contraceptives in their 40s, Hunter notes.

Andrew Kaunitz, MD, University of Florida Term Professor and Associate Chairman of the Department of Obstetrics and Gynecology at the University of Florida College of Medicine-Jacksonville, points out that American Cancer Society data indicate that more than 80% of invasive breast cancer is diagnosed in women older than 49 years of age.3

Kaunitz says he was “surprised” that the authors of the current study chose to limit their analysis to women no older than age 49, as well as the decision not to adjust for clinical breast exams and screening mammograms, since both actions contribute to the diagnosis of breast cancer. Kaunitz notes that epidemiologists caution that when looking at cohort studies, odds ratios of less than 2 to 3 should not be interpreted as suggesting causation.4

“The findings of this study will not alter how I will counsel patients regarding benefits and risks of hormonal contraception,” states Kaunitz.

For clinicians, it is important to remember that the risk of breast cancer in women of reproductive age is small, so an increase of 20% on such a small number of cases of breast cancer means the absolute risk is small, observes Susan Wysocki, WHNP-BC, FAANP, president and chief executive officer of iWomansHealth in Washington, DC, which focuses on information on women’s health issues for clinicians and consumers. Many women may interpret a 20% increase in risk to mean that the individual’s risk is increased by 20% vs. the increased risk in the number of cases of breast cancer overall, she points out.

“In terms of the risk/benefit discussion, this study provides a good opportunity to discuss the ways in which hormonal contraceptives have also been found to prevent ovarian and endometrial cancer,” says Wysocki. “In that respect, it really isn’t as much a discussion about trading pregnancy prevention for a risk of cancer as it is reassuring about any concerns they might have.”

The results of the study also open the door for a discussion with patients about risks, and how a small increase in a small risk remains small, says Wysocki. As always, it is up to the patient to decide what is best for her own health, she notes.

In discussing pill use, talk with patients about how the risk of breast cancer should be weighed with the benefits of using oral contraceptives.

In his editorial, Hunter says that oral contraceptives are an effective method of contraception, may be helpful to women who have conditions such as dysmenorrhea or menorrhagia, and may be associated in later life with reduction in the risk of ovarian, endometrial, and colorectal cancer. He notes that there have been suggestions that using oral contraceptives for five years or more has a net effect of slightly reducing the total risk of cancer.

Hunter points out that the higher excess risk of breast cancer as women move into their 40s, as well as of other uncommon risks such as myocardial infarction and stroke, may open the door to consideration of such options as nonhormonal, long-acting, reversible contraceptives.

Study Examines Use of Hormonal Contraception and Breast Cancer Risk

Hot Flashes Could Be Precursor of Diabetes, Data Suggest

HIV Is Being Diagnosed Sooner After Infection