Home » The Fourth Amendment: Coming to an ED Near You

The Fourth Amendment: Coming to an ED Near You 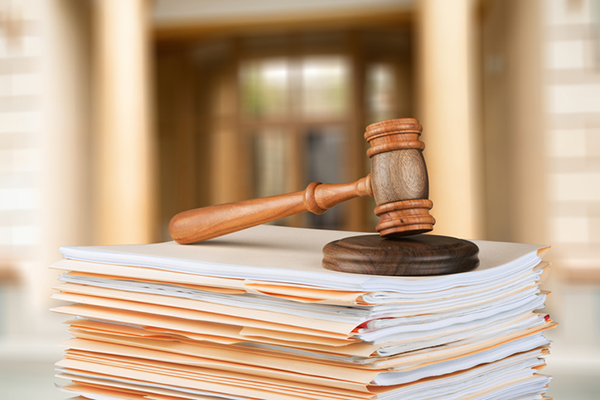 Leadless Pacemakers: Coming Soon to an Electrophysiology Lab Near You

Coming Soon to a Lab Near You: The Holy Grail

The Longhorned Tick: Is It Coming to a Place Near You?

An Approach to Household Toxicological Emergencies in the Pediatric Patient

By Diana Nordlund, DO, JD, FACEP

Dr. Nordlund reports no financial relationships relevant to this field of study.

The highly publicized arrest of an on-duty nurse in Utah has reignited the conversation about search and seizure, constitutional rights, and the interaction between law enforcement and healthcare providers in the healthcare setting.

Nurse Alex Wubbels was arrested by a Salt Lake City police detective after she refused to allow him to obtain a blood sample from a patient without his consent. Most of this interaction was recorded by bystanding officers’ body cameras. The patient, unconscious after a fiery crash in which his vehicle was struck by a vehicle whose driver was fleeing from police pursuit, was not under arrest, nor did the officers arrive with a warrant. Wubbels relied on hospital system policy that required either a warrant, patient consent, or that the patient be under arrest. Because none of these criteria were met, Wubbels blocked the forensic blood draw. Subsequently, body cam footage shows officers forcing Wubbels out of the hospital in handcuffs and placing her in an unmarked squad car.1 Forensic blood draws are the proverbial tip of the search-and-seizure iceberg in the healthcare setting.2 In the courts, the constitutionality of a search typically is evaluated on a continuum of invasiveness. Searches can range from tactile physical examinations, specimen collection, and X-ray and other imaging to much more invasive examinations such as body cavity searches and endoscopic or surgical procedures.

Recent lawsuits regarding body cavity searches for illicit drugs include one brought by David Eckert, an adult male who eventually underwent several non-consented enemas and a colonoscopy, and two adult females who were subjected to rectal and vaginal examinations against their will (one of whom was 18 years old and was not allowed to contact her parents).3 The settlements in these cases ranged from $475,000 to $1.6 million.4

An even more extreme example is a recent case involving a patient who was sedated, paralyzed, intubated, and ventilated against his will to facilitate a rectal examination for illicit drugs. Even though illicit drugs were found, such evidence was excluded from trial later based on the violation of the plaintiff’s Fourth Amendment rights.5

Although venipuncture is less invasive on the continuum of bodily integrity than cavity searches, the same legal and ethical ramifications apply to forensic blood draws for registered patients in the ED, prompting the question: In what instance, if ever, is it appropriate to perform an examination, test, or procedure that is requested for evidence-collection purposes and also is a procedure to which the patient does not consent?

Easy answer? Never. Although statutes in several states may allow physicians to perform a search according to a valid search warrant, none (to this author’s knowledge) compel it.6 Although a degree of immunity is provided by these statutes, it is not absolute, and certainly does not bar the filing of a lawsuit.

Even though several lawsuits allege that a healthcare provider has wrongly performed an examination, the same is not true for providers who have refused. Pragmatically speaking, one must consider the scenario in which law enforcement is disinclined to take “no” for an answer. Unless the laws in your state expressly state otherwise, Wubbel’s experience in Salt Lake City notwithstanding, you are not required to and cannot reasonably be compelled to gather evidence for law enforcement.

Ultimately, Wubbels was released. The arresting officer was fired, the watch commander was demoted, and the parties reached a $500,000 settlement.7 Although the patient, a reserve officer with the Rigby, ID, police department, ultimately died from his injuries, the Rigby Police Department made a public statement thanking Wubbels for protecting her patient.8

We in the ED work closely with municipal and state law enforcement officials as well as in-house security staff. That relationship is critical to patient, public, and provider safety. The maintenance of a cordial and functional relationship is imperative. However, it cannot happen at the expense of our patients’ health, dignity, and constitutional rights.

The Fourth Amendment: Coming to an ED Near You

Did EP Override Safety Prompt for No Apparent Reason? It’s a Hurdle for Defense

Overtesting for Medical Clearance Not Only Wasteful, It’s Also Dangerous