Plant-pharmaceutical Interactions in the Scientific Literature 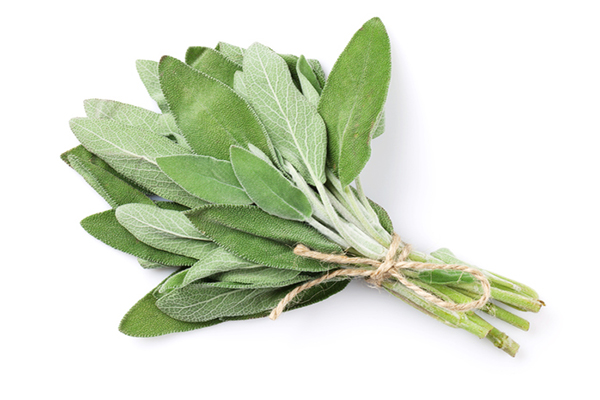 Plant Sterols and Stanols in the Treatment of Hypercholesterolemia

The Role of Ginger in Type 2 Diabetes Mellitus

Dr. Kiefer reports no financial relationships relevant to this field of study.

Researchers in South Africa reviewed the medical literature for the presence of APPI, then took it one step farther. They used two scales, the Horn’s Drug Interaction Probability Scale (HDIPS) and the Roussel Uclaf Causality Assessment Method (RUCAM), to quantify the results. The HDIPS is a modification of the Naranjo tool, which was designed to find the single cause of an adverse drug reaction. HDIPS uses 10 questions with three possible answers each to make the tool more applicable to APPI, where numerous possible etiological agents might be involved. RUCAM is a French tool used to rate the likeliness of hepatotoxicity due to botanical medicine ingestion.

The authors culled from the medical literature clinical trials, case reports, and case series from 2001 to 2017, and then characterized the APPI with Stockley’s Herbal Medicines Interaction, a database and book.1 The authors focused exclusively on human research, but excluded trials on healthy subjects, hoping to learn from those situations in which an APPI actually occurred. This process led to 49 articles, including 47 case reports (n = 49) and two observational studies (n = 771).

In large tables, the authors methodically listed the characteristics of the case reports and observational studies. Table 1 details the medical conditions represented by the case reports. With respect to the rating systems, of the 49 case reports, four were considered to be “highly probably,” 25 “probable,” 18 “possible,” and two “doubtful.” The most common APPIs seen were elevated liver enzymes, changes in the lab test international normalized ratio (INR), gastrointestinal “disturbances,” and rhabdomyolysis.

In the two observational studies, most of the patients had medical histories involving “metabolic, cardiovascular, endocrine, or hemato-oncologic” systems. In one of these studies, which used the RUCAM scale, six APPI were reported, four of which were considered “probable” and involved hepatotoxicity due to the co-use of herbal blends (numerous, variable multi-herbal products) and nonsteroidal anti-inflammatory drugs. The other observational study, which used the HDIPS scale, found nine APPI, the “majority” involving warfarin interacting with sage or flaxseed. In the latter, chamomile, green tea, and peppermint oil APPI also were seen.

Is this a “… potential health problem …” as the authors stated in their abstract? It’s difficult to say for sure, but their analysis does add to the prior literature. There are numerous gaps in the literature on this topic, including nondisclosure and the lack of a standardized scoring system that leads to the under-reporting of APPI, and some effort to create order from the myriad of APPI articles is important.

That said, the results presented still leave plenty of unknowns about the clinical relevance. For example, other attempts to quantify APPI have found that potential APPI exists in some populations, but the reactions, when detailed, fail to show serious, clinically significant effects.2 From the current review, there is little new insight as to the severity of reactions, rather some perspective that, indeed, the herbal medicines cited in the case reports and observational studies were connected with the APPI seen. When some APPI are fully investigated, “probable cause” does not always result, so the fact that most of the cases reviewed here were connected is interesting. The two observational studies contained large numbers of patients (n = 771) but only 15 APPI, an overall rate that is not mentioned by the authors. It would have been useful to have their objective discussion of the incidence of APPI in the context of a risk-benefit analysis of botanical medicine use. Obviously, no APPI is acceptable, but how risky is botanical medicine use compared to other options? Most of the discussion centers on the mechanisms (usually cytochrome P450 enzymes, or anticoagulation, antiplatelet effects) rather than risks-benefits, the latter potentially more useful to the practicing clinician.

To avoid APPI, which patients deserve most of our attention? All of them, of course, but this review does “flag” some disease states as rising to the surface of our APPI detective work. Either because of commonly used medications for those conditions (cardiovascular, cancer, transplant, HIV, psychological), or because of inherent pathophysiological challenges, perhaps those patients should be on the forefront of our open-minded, nonjudgmental questioning about dietary supplement use. This review’s diagnosis-based data are interesting on that level. In the same vein, perhaps there are certain botanical medicines that cause most of the problems. However, Awortewe et al did not address that convincingly. In the results section, the authors mentioned sage and flaxseed, although the discussion section expanded on that and provided warnings about green tea, turmeric, St. John’s wort, goji berry, cranberry, and chamomilla (presumably chamomile tea). The expanded “caution” herbal list stems from the case reports, centered on those reports with a higher HDIPS or RUCAM rating (presumably); left wanting is an organized way to process all that information in a clinically useful, point-of-care manner.

The authors are spot on with respect that it is important to improve on patient disclosure, and that the issue of APPI likely only will increase throughout the world as botanical medicine use increases. All clinicians need to use the FDA MedWatch reporting system for any suspected APPI. In addition, hopefully the World Health Organization’s efforts at coordinating APPI reporting (mentioned in the article) will continue to provide the information needed by clinicians to safely and effectively use botanical medicines in their practices. Until that happens, clinicians can continue to ask all patients, but especially those with the conditions (cardiovascular, cancer, renal transplant, HIV positive, and central nervous system disorders) that surfaced in this review, about botanical medicine use, and particularly keeping in mind a few botanical medicines that may be more responsible than others for APPI.

B Vitamins and Lung Cancer Risk

Plant-pharmaceutical Interactions in the Scientific Literature

Noncow Milk for Young Children: An Observational Study Regarding Height