Home » What Effect Do Antibiotics Have on Hormonal Contraception?

What Effect Do Antibiotics Have on Hormonal Contraception? 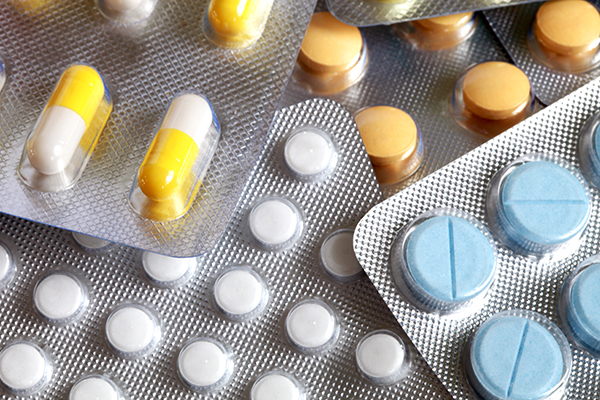 Results of a new systematic literature review suggest that existing evidence does not support drug interactions between hormonal contraceptives and non-rifamycin antibiotics.

Investigators with the Centers for Disease Control and Prevention (CDC), Emory University, University of North Carolina at Chapel Hill, and FHI 360 conducted the systematic review to assess new evidence on the safety and effectiveness of hormonal contraceptive use among women using broad-spectrum antibiotics, says Kathryn Curtis, PhD, a CDC health scientist in the agency’s National Center for Chronic Disease Prevention and Health Promotion’s Division of Reproductive Health.

“We found that the current recommendations remain consistent with the updated evidence that suggests most women can expect no reduction in the effectiveness of hormonal contraception with the concurrent use of non-rifamycin antibiotics,” says Curtis, who served as a review co-author. “This is an important finding because there are misperceptions among healthcare providers and patients about the potential for drug interactions between broad-spectrum antibiotics and hormonal contraception.”

The US Medical Eligibility Criteria for Contraceptive Use (US MEC) provides recommendations for safe use of contraceptive methods for women with various medical conditions or characteristics, including recommendations for women using medications such as broad-spectrum antibiotics.3 According to the US MEC, women using broad-spectrum antibiotics are eligible to use all contraceptive methods, says Curtis. (Review the US MEC chart at: http://bit.ly/2sCkUcB; all methods are listed as Category 1 – no restrictions on use.)

Other guidance also reflects the latest evidence, the review notes. The most recent guidance for dental practitioners and dermatologists no longer advises use of additional contraceptive protection during use of non-rifamycin antibiotics.4,5

In performing the review, researchers identified 29 reports that looked at pregnancy rates, serum progesterone levels and/or sonographic evidence of ovulation, change in bleeding patterns, or pharmacokinetics in women using hormonal contraceptives along with non-rifamycin antibiotics.

Results of the review indicate that concomitant use of antibiotics, such as penicillins, cephalosporins, quinolones, tetracyclines, macrolides, trimethoprim sulfamethoxazole, metronidazole, dapsone, and isoniazid/streptomycin, was not associated with changes in pregnancy rates, ovulation, unscheduled bleeding, or significant declines in serum progestin levels in women using combination pills, the vaginal ring, or emergency contraceptive tablets.

Researchers note that only one study examined a non-oral formulation – the contraceptive vaginal ring.6 No data are available on the combination of antibiotics with other non-oral formulations that include the transdermal patch, injectables, or progestin implants.1 Also, studies of oral contraceptives in the review included a range of doses and progestins, but none included the lowest-dose pills, such as those containing less than 30 mg ethinyl estradiol or less than 150 mg levonorgestrel.1

The concerns about antibiotics that supposedly reduced hormonal effectiveness by inactivating the entero-hepatic resorption hormones that had already been absorbed but had been conjugated and excreted back into the bowel should have been put to rest years ago, says Anita Nelson, MD, professor and chair of the obstetrics and gynecology department at Western University of Health Sciences in Pomona, CA.

“Women who have had complete colectomies and can never resorb hormones from the large intestine do not have higher failure rates with combined oral contraceptives,” says Nelson. “The focus should always be on initial absorption differences and on the liver — how fast does it metabolize sex steroids.”

Counsel on Effective Use

What are appropriate contraceptives for women using rifamycin antibiotics? Options include injectable depot medroxyprogesterone acetate and intrauterine devices, says Andrew Kaunitz, MD, University of Florida term professor and associate chairman of the Department of Obstetrics and Gynecology at the University of Florida College of Medicine-Jacksonville.

Women who use more common antibiotics can be counseled that such drugs will not reduce the effectiveness of their hormonal contraception, he notes.

What does Contraceptive Technology have to say on the subject? Research indicates that hormone levels in women using combined oral contraceptives are not lowered by the use of ampicillin, amoxicillin, clarithromycin, metronidazole, quinolones (ciprofloxacin, ofloxacin), doxycycline, tetracycline, or fluconazole. Almost all combined pill users taking these antibiotics have hormone levels that remain well within the therapeutic range for contraceptive efficacy.7-10 Backup methods should NOT be necessary unless a patient has problems taking pills, such as an underlying medical condition that interferes with pill-taking or absorption, it advises.

Long-term use of broad-spectrum antibiotics, such as in the case of erythromycin or tetracycline for acne, also is compatible with COC use.10 While rifampin is used routinely in tuberculosis treatment, it also is used with other antibiotics to treat skin infections with methicillin-resistant Staphylococcus aureus (MRSA).11

No matter which antibiotic may be used, to maximize the effectiveness of user-dependent methods like oral contraceptives, providers should encourage correct and consistent use at all times, including during illness.1

What Effect Do Antibiotics Have on Hormonal Contraception?

Cervical Cancer Screening May Be Less Effective in Obese Women

Be Vigilant for Zika Infection