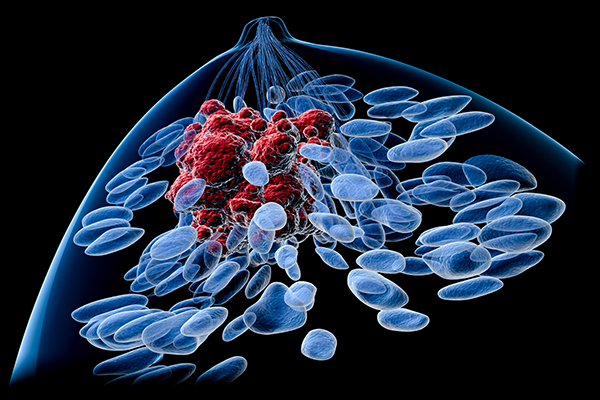 Working with 23andMe, the popular DIY personal genomics company, the FDA on Tuesday authorized the first-of-its-kind test that can identify three variations of the BRCA1/BRCA2 breast cancer gene mutations.

“Being the first and only [DTC] genetics company to receive FDA authorization to test for cancer risk without a prescription is a major milestone for 23andMe and for the consumer,” Anne Wojcicki, 23andMe CEO and co-founder, said in a statement. “We believe it’s important for consumers to have direct and affordable access to this potentially life-saving information. We will continue pioneering a path for greater access to health information, and promoting a more consumer-driven, preventative approach to healthcare.”

“This test provides information to certain individuals who may be at increased breast, ovarian, or prostate cancer risk and who might not otherwise get genetic screening, and is a step forward in the availability of DTC genetic tests,” Donald St. Pierre, acting director of the Office of In Vitro Diagnostics and Radiological Health in the FDA’s Center for Devices and Radiological Health, said in a statement. “But it has a lot of caveats.”

First, these particular gene mutations are most common in those of Eastern European Jewish descent, and these are not the most common mutations among the general population. Second, noting that there are more than 1,000 known BRCA mutations, the agency said a negative test result does not mean a person doesn’t carry another type of BRCA mutation that could lead to a different cancer.

Essentially, although the FDA appears to see promise in this type of technology, it doesn’t believe this test completely takes the place of professional medical advice.

“While the detection of a BRCA mutation on this test does indicate an increased risk, only a small percentage of Americans carry one of these three mutations, and most BRCA mutations that increase an individual’s risk are not detected by this test,” St. Pierre added. “The test should not be used as a substitute for seeing your doctor for cancer screenings or counseling on genetic and lifestyle factors that can increase or decrease cancer risk.”

For more on women’s health issues, be sure to read OB/GYN Clinical Alert and Contraceptive Technology Update.