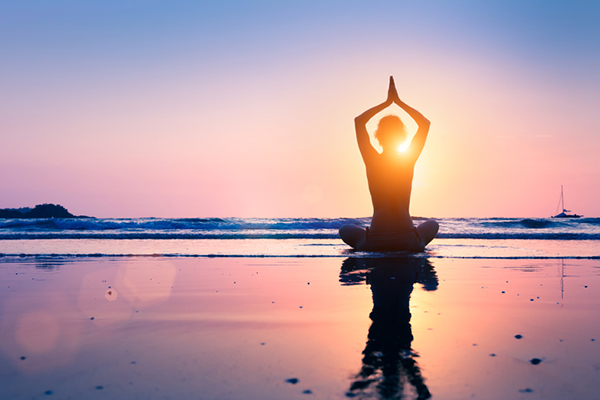 Early Menopause and CVD Risk: A Call for HRT?

Dr. Baker reports no financial relationships relevant to this field of study.

SYNOPSIS: A recent American Heart Association topical scientific statement found meditation to be an accessible and inexpensive intervention that may be useful adjunctively for reducing the risk of cardiovascular disease.

Despite the numerous advances made during the past decades, heart disease remains the number one cause of death in the United States, and the number of deaths has stabilized only recently in the years 2011-2015 (23.4% of deaths in 2015).1,2 Heart disease statistics include the diagnoses of coronary heart disease, hypertension, and stroke.2 With a life expectancy in the United States of 78.8 years,1 continuing to look for means to reduce risk or ameliorate risk factors for cardiac diseases remains a high priority for the medical community.

The American Heart Association (AHA) publishes scientific statements on various topics related to heart disease and stroke, using a rigorous review process of scientific studies from recognized journals. In September 2017, it released a statement suggesting that meditation practice has the potential to be a cost-effective adjunctive strategy to aid in reducing cardiovascular disease (CVD) risk. The authors stated that current research data are modest in quantity and quality and that further research, powered adequately with reduced bias in outcome and for longer term than is what is currently available, is warranted. The AHA commissioned this study, recognizing that previous studies and surveys revealed that a significant number of patients with CVD already participated in mind-body therapies or meditation or were interested in trials using alternative therapies.4-7

The authors used search terms covering topics associated with CVD risk reduction to search PubMed for studies on meditation and CVD risk reduction. These topics became the subsets of their study of mediation effects. They limited their research studies to sitting mental practices (meditation) alone to reduce the confounding influence of studying the combined effects of medical and physical therapies, as regular physical activity already is associated with cardiovascular risk reduction. Thus, mind-body practices such as yoga, Qigong, and tai chi were excluded from this study. The authors provided a table describing the common forms of siting meditation, adapted from Rakel’s Integrative Medicine,8 to illustrate the various meditative practices assessed in the study.

A primary author with no ties to industry and a secondary author drafted the text and conclusions for the individual CVD topics reviewed. The group members reviewed and revised the combined sections, tables, and conclusions; then these were reviewed by four external reviewers prior to the final revision of the statement.

The authors did not assess the studies using a standard methodology. They provided a table that summarized their primary findings on the individual studies included in the review and provided additional comments regarding the sample size, biases found, and control groups used. (See Table 1.)

The reviewers noted that there are long-term effects of meditative practice on the brain that affect the anatomical structure of the brain. The areas affected through the process of neuroplasticity include the prefrontal cortex (personality and behavioral cognition), anterior cingulate cortex (decision-making and emotional regulation), ventral striatum, and amygdala (emotional processing). There may be long-standing beneficial effects on CVD risk through changes in the basal state of the brain and its physiological responses, but the research is limited by non-randomized studies of only modest numbers of participants, who often were experienced meditators.

Studies of meditation and the response to stress have shown an overall positive response. However, few studies have focused on patients with CVD and inferences were drawn to reach this conclusion, using those studies available across the general population and studies that included laboratory findings. Those findings revealed that markers of increased stress (salivary cortisol and amylase, telomere activity, and pro-inflammatory cytokines) were altered by the practice of meditation. Likewise, research of the effects of meditation on smokers has shown that there is an overall improvement in smoking cessation compared to controls, although the studies are limited by small study group size.

Unfortunately, the assessment of studies in which meditation was used for primary CVD prevention revealed that the studies were short-term, included small study groups that were not randomized or well-controlled, and were carried out mostly on healthy individuals. Some studies had hopeful and suggestive findings of decreased cardiovascular death, but ultimately, no conclusions could be drawn by the review group.

Assessing secondary CVD prevention was muddied by the great variability of study sample size, multifactorial interventions, and study quality. Overall, the effect on secondary prevention of CVD was characterized as suggestive, but not establishing benefit.

A previous 2013 AHA scientific statement concluded that transcendental meditation had a modest effect on reducing blood pressure, but also noted that studies of other meditative practices were lacking, making comment about them difficult.9 The studies of meditation relating to hypertension control varied widely in study size and term length, with few high-quality published randomized studies. Conclusions were difficult to make because of this variability. Some studies revealed modest benefits, but others revealed no change in blood pressure.

Studies assessing the effect of meditation on inducible myocardial ischemia are older; the newer, more sophisticated techniques of assessing and quantifying myocardial ischemia are lacking. However, two small studies from the 1980s and 1990s showed that meditation and a combined stress management program including meditation would delay ST-segment depression significantly, while increasing maximal work and exercise duration. More research is needed to substantiate these older findings.

No conclusions were drawn by the assessment of meditation effects on CVD risk factors of subclinical atherosclerosis or insulin resistance/metabolic syndrome. Studies were assessed as small and short-term in duration and contained mixed study variables, making conclusion too hard to draw out. There was no benefit seen in the studies of endothelial functioning.

In explaining its statement, the AHA group acknowledged the difficulties of the current state of meditation research. The lack of randomized, controlled trials with large study groups, well-designed methodology, and incomplete follow-up made conclusions difficult. The authors noted that many of these studies may have an unintended bias, since many investigators likely believed in the benefits of the activities studied and many studies were performed by the same groups of researchers, making verification of findings difficult.

There is no mention as to the safety or side effects noted throughout this review. As the breadth of practices and wide range of therapists who offer these services exists, risk is hard to assess and further research will need to be undertaken.

The availability of training for meditation and the incorporation of a mind-body practice into a healthy lifestyle is gaining popularity in the United States. Costs of meditation training are nominal and training is accessible for many. Meditation is used to promote stress reduction, awareness, mindfulness, and relaxation, while settling the mind in the moment.

As a mind-body practice, meditation can be practiced in many ways, but all forms are rooted in silence and stillness of compassionate and nonjudgmental awareness of the present moment. Although historically associated with Eastern philosophies and religion, references to meditative practices can be found in other major religions, such as Islam, Judaism, and Christianity, and it has become increasingly secular, with successful outcomes using mindfulness-based stress reduction.10

As medical providers, we are faced daily with caring for individuals with multiple system dysfunction, financial and social stress, and burnout from an increasingly frantic cultural lifestyle. Meditation offers the opportunity for alterations in brain anatomy and physiology while eliciting physical ease and relaxation as well as emotional balance and stability. One learns to be present with emotions, but not to apply judgment to those emotions. A meditative practice can form the basis from which to meet the daily challenges of our lives, and thereby help release the personal judgmental constraints of fear, anxiety, isolation, depression, and helplessness that can lead to further dysfunction of the emotional and physical body. In doing so, meditation has the potential to reduce the risk of damage and dysfunction to the cardiovascular system. In acknowledgement of this potential, this statement noted that the most benefit seen in meditative research involves neuroanatomical changes and improvement in biomarkers of stress. There is more work to be done in assessing the benefits of CVD risk and the potential of side effects, but it seems to be an easy prescription to discuss and write for ourselves and our patients, considering the availability and low cost of training.