Many ED Visits Documented on Cellphones 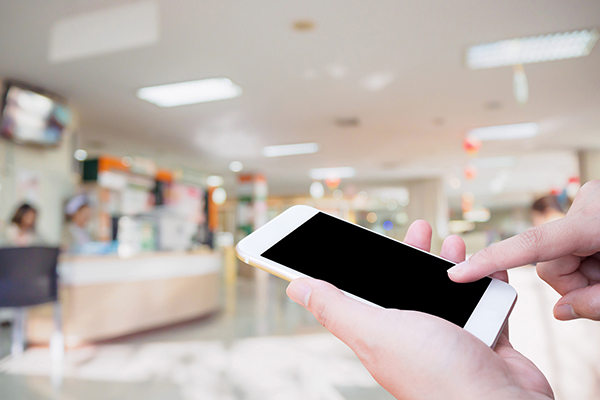 Malpractice Outcome Could Hinge on What ED Nurses Documented

Many Claims Alleging Failure to Follow up on ED Radiology Studies

When a patient records an ED visit on a cellphone, he or she might be planning to share a selfie on Facebook, to post something negative about the hospital on social media, to file a malpractice lawsuit — or all of the above. If there is litigation against the ED, such photos, “so long as they are not overly inflammatory or are of other patients or visitors, are usually admissible,” says Amy Evans, JD, executive vice president in the Bellevue, WA, office of Western Litigation, a professional liability claims and risk management company. Gruesome photos of a trauma patient who later died may be excluded by a judge due to the prejudice outweighing the probative value.

Proof of the date, time, and location usually has to be offered, Evans says. Audio can be determined inadmissible if state law prevents the audio recording when all parties to the recording do not consent, she adds. Admissibility of evidence is determined by the court. To be admissible, the evidence must be relevant and reliable.

“If a court rules that a recording doesn’t tend to prove or disprove a material issue in the case, the evidence may be excluded,” says William Sullivan, DO, JD, FACEP, an emergency physician at St. Margaret’s Hospital in Spring Valley, IL, and a practicing attorney in Frankfort, IL.

In a recent case, surreptitious recordings were made of several phone conversations with a defendant and some witnesses.1 However, the plaintiff’s expert admitted that he did not listen to the tapes when forming his opinions about the case. “The court, therefore, ruled that the recordings were irrelevant and, therefore, inadmissible,” Sullivan explains.

If the recording shows evidence of tampering, it also may be excluded as unreliable. One case involved a plaintiff who made unauthorized recordings of several phone conversations she had with hospital employees after she had been fired.2 Afterward, forensic analysis by the defendant hospital showed that she had edited most of the recordings to bolster her case. The court issued sanctions against her for spoliation of evidence and fraud upon the court.

“In addition to meeting relevance and reliability thresholds, any evidence that would unfairly inflame a jury or that is misleading may also be ruled inadmissible,” Sullivan adds.

Depending on what’s depicted, cellphone recordings could make otherwise defensible cases possible candidates for settlement. “If there are issues in dispute that can be resolved by the recordings, then they can definitely help cases resolve,” Evans says.

Cases involving cellphone videos taken in EDs “are starting to pop up,” says Rodney K. Adams, JD, LLM, an attorney in the Richmond, VA, office of LeClairRyan. In one recent case, a patient’s own photos of his ankle during the ED visit became an issue later when it was alleged that a foreign object should have been found and removed. “The patient had probably the best evidence of what his ankle looked like in the ED,” Adams says. The pictures were produced as part of discovery early in the litigation. “But it could have popped up later, after we committed ourselves to whatever position we might have committed ourselves to,” Adams notes.

After observing the family taking videos, the nurse practitioner took her own photos on her personal cellphone. For the hospital’s privacy officers, this raised significant concerns about patient privacy and compliance.

“That gave the plaintiff a whole new angle of potential liability to go after,” Adams says.

If the photos had been made part of the chart and deleted from her cellphone, the nurse practitioner would not have created any privacy issues. Some might contend that a patient’s consent is required for photography, but that would not be applicable if the photos are used only for therapeutic care.

If a person is videotaping ED care, it should be taken as an implicit sign that that individual might be planning a lawsuit, according to James B. Edwards, JD, a Stafford, TX-based medical malpractice defense attorney. “The EP [emergency physician] needs to be sensitive not just to the medical issues anymore, but also the fact that he or she may well be a defendant.”

If EPs pick up an explicit sign that the patient is going to sue, or an implicit one, such as the patient taking pictures, Edwards advises EPs to place a detailed entry in the ED chart. He advises this even if patients legitimately ask permission of the EP to record instructions. “Those recordings will be admissible in the event of litigation, even if it was done without the EP’s permission, in most cases,” Edwards cautions.

Since patients or ED visitors are not “covered entities” under HIPAA, they are not required to comply with the regulations. “However, if an individual takes videos or pictures that show other patients, those patients could potentially sue that individual for invasion of privacy,” says Timothy C. Gutwald, JD, a healthcare attorney in the Grand Rapids, MI, office of Miller Johnson.

This is because third parties may be subject to a breach of privacy claim for making unauthorized recordings. “In states where a party’s consent is required for audio recordings, such recordings may subject the recording entity to criminal liability,” Sullivan notes.

Those patients also could sue the hospital under a negligence, breach of contract, or invasion of privacy theory. For instance, a plaintiff might allege that an ED visitor was taking pictures of other patients in plain sight. “I can see a plaintiff saying, ‘There was somebody wandering up the halls and sticking a cellphone camera into treatment rooms, and nurses and physicians saw it, and nobody said a word to him, and the hospital is, therefore, responsible,’” Edwards offers.

Most hospitals have instituted policies that prohibit patients from videotaping or taking photos. “At least in Michigan, failing to adopt or enforce such a policy could be admissible in a negligence suit,” Gutwald warns.

Also, if a hospital has not instituted such a policy, it will be harder for that hospital to argue that the photos or videos are not admissible. Evans says that hospitals should post clear policies and notice signs throughout public places noting that audio and video recordings of any kind are prohibited in the facility. “There could be a viable cause of action against a hospital for having no or inadequate policies and procedures,” Evans offers.

However, it is unlikely that a court will deem recordings inadmissible based on a hospital policy. “Most claimants will allege that they were unaware of the hospital policy,” Evans adds.

Vanessa L. Efremsky, Esq., a shareholder with Donnelly, Nelson, Depolo, Murray & Efremsky in Walnut Creek, CA, says the easiest way to convey this message is to post a sign in the waiting room or examination room to the effect of: “Recording of medical care on these premises is not permitted in order to ensure all patients’ privacy.”

“Another alternative is to include such language in registration documents, and request that patients advise their family members to adhere to the policy as well,” Efremsky says. If ED staff become aware that a patient or visitor is surreptitiously recording any part of a visit, then there is an enforceable document to reference when asking the patient or visitor to cease recording.

“Furthermore, if a recording later surfaces in a medical malpractice case, a written policy can only bolster the inadmissibility of the unconsented recording,” Efremsky adds.

However, if someone violates hospital policies, the hospital has little recourse. “Even if the person is violating the law, hospital employees generally don’t have standing to arrest or detain the person involved,” Sullivan says.

An exception might be an off-duty police officer who is providing security services at the hospital. The hospital or involved employees may choose to press charges against the violator, but often do not want to spend the time going through the legal process of doing so. “In most cases, then, the hospital is limited to requesting that the patient leave the premises,” Sullivan notes.

If an ED patient has not received a screening exam or stabilizing treatment under the Emergency Medical Treatment and Labor Act (EMTALA), the hospital may not be able to request that the patient leave. “Even worse, once pictures have been taken or video recordings have been made, patients can later upload those files to social media and can portray the hospital or medical providers in a negative light,” Sullivan says.4

However, HIPAA does not allow covered entities to disclose any protected health information about a patient in response. “HIPAA’s privacy protections make it difficult to defend allegations of improper care under such circumstances,” Sullivan explains.

EPs have a reasonable expectation of privacy while conducting their examinations of patients, even if a family member or companion is present in an exam room, Efremsky says. Unlike other states, California requires that all parties to a conversation consent to any recording.5

In a recent malpractice case, the plaintiff testified at deposition that he had recorded three interactions with the physician he was suing. The plaintiff claimed that the recordings were made during visits to the medical office, and that the physician admitted providing negligent treatment and apologized for the resulting harm to the plaintiff.

“The physician had no knowledge of the recordings until long after the lawsuit was filed,” Efremsky says. “Recording conversations without this physician’s consent was improper.” The recordings likely will be inadmissible because they were obtained illegally.

“Under current case law, however, the plaintiff [attorney] might argue that the plaintiff may use the recording to refresh his recollection of the conversations, even if the recordings themselves are inadmissible,” Efremsky notes. In addition, if the plaintiff wrote down what was said during the recording, the written notes might be admissible at trial for impeachment purposes.

“If a plaintiff confesses that they have recordings of conversations with an emergency medicine physician, it may help resolve the case more quickly, but for a less obvious reason,” Efremsky says. The allegedly injured plaintiff who is attempting to engender sympathy no longer has “clean hands” and has shown that he or she had no qualms about infringing upon the law. “Exposing this character flaw may make them less desirable to their attorney or, ultimately, a jury,” Efremsky offers.

According to The California Invasion of Privacy Act, an EP who has been recorded without consent may bring a civil action to recover damages and/or to obtain injunctive relief. If successful, the EP could recover $5,000 per violation. “The potential for recovery against plaintiff for invasion of privacy can certainly be utilized as a bargaining tool to gain dismissal of the entire medical malpractice case — or, in the worst-case scenario, to lessen settlement value,” Efremsky says.

Many ED Visits Documented on Cellphones

Survey: More Than Half of EPs Sued for Malpractice at Least Once

Legal Exposure for ED and Hospital if Patients Refuse Discharge