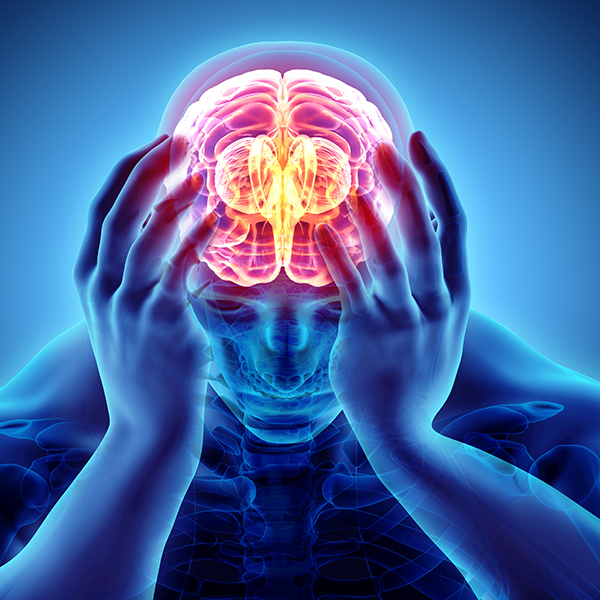 The FDA on Thursday announced its approval of Aimovig (erenumab-aooe), a novel preventive treatment of migraine headaches in adults. The agency says this is the first FDA-approved preventive migraine treatment that belongs in a class of drugs that blocks the activity of calcitonin gene-related peptide (CGRP), a molecule that plays a role in migraine attacks.

“Aimovig provides patients with a novel option for reducing the number of days with migraine,” Eric Bastings, MD, deputy director of the division of neurology products in the FDA’s Center for Drug Evaluation and Research, said in a statement. “We need new treatments for this painful and often debilitating condition.”

Researchers tested the effectiveness of Aimovig in three clinical trials, each of which included several hundred subjects who were treated with the drug or placebo anywhere between three and six months. In each trial, subjects who took Aimovig experienced, on average, one or two fewer migraine episodes per month than those on placebo.

Migraine affects more than 10% of people worldwide and can be tricky to treat. In the January 2018 issue of Neurology Alert, Dara Jamieson, MD, writing about similar ongoing research as that conducted for Aimovig, noted CGRP and its role in migraine attacks “has been studied as a treatment target for over a decade.” Jamieson wrote that while this tactic shows some benefit, it’s important to investigate further the potential long-term harm. “CGRP receptors are ubiquitous, and CGRP, in its alpha and beta forms, appears to modulate a wide variety of physiological functions in multiple major organ systems,” Jamieson wrote. “Although the trajectory of research into CGRP antagonism is showing improving results, the long-term effects and benefits of potentially decades of this migraine-preventive treatment in a population that is predominantly women of childbearing age will take years to determine.”

On a non-pharmacologic front, Concepta Merry, MB, BCh, BAO, BA, highlighted in the March 2018 issue of Integrative Medicine Alert a prospective three-armed study comparing chiropractic spinal manipulation to a sham push maneuver to standard of care for migraine, which failed to show any benefit of chiropractic manipulation over a sham push maneuver. The results showed that 80% of the study participants believed they had received the chiropractic spinal manipulation, regardless of the group allocation. Merry noted, in a serendipitous twist, “the authors concluded that it is possible to conduct a manual randomized, controlled trial with a placebo arm and that the observed effect of the chiropractic manipulation is likely the result of a placebo effect.”