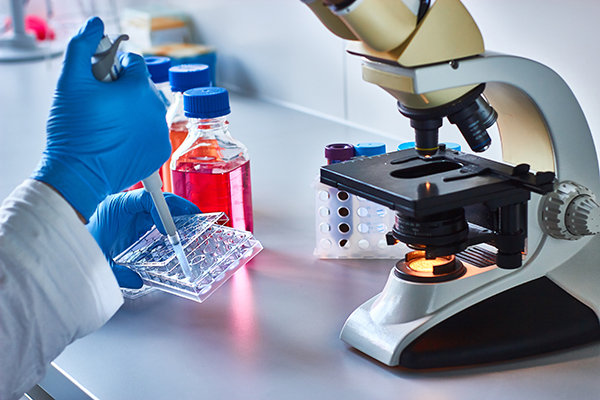 “This legislation increases access to investigational treatments by amending the federal Food, Drug and Cosmetic Act [FD&C Act] to create a new, alternative pathway for patients with life-threatening illnesses … This administration believes that treatment decisions for those facing life-threatening illnesses are best made by the patients with the support and guidance of their treating physicians,” the administration said in a statement. “This legislation advances these principles … we look forward to addressing this at the federal level.”

Speaking on the issue during testimony before Congress in October 2017, FDA Commissioner Scott Gottlieb, MD, noted that since the 1980s, the agency has facilitated access to investigational medical products for the treatment of certain seriously ill patients. More recently, Gottlieb reported the FDA has received more than 1,000 applications annually for expanded access to treat patients with investigational drugs and biologics, authorizing 99% of those requests. The commissioner went on to explain the agency’s efforts to streamline the expanded access program and increase transparency.

“FDA appreciates the strong desire on the part of patients and families facing life-threatening illnesses to access experimental treatments, and how right to try policies could be limited but important avenues for these patients in some situations,” Gottlieb told lawmakers. “Right to try policies are rooted in a strong desire to help patients facing desperate situations access experimental therapies with the hope that they will help them.”

The Senate went on to pass legislation later in 2017. Before the House approved the final version in late May 2018, Gottlieb sent a tweet expressing support for the bill. “I stand ready to implement it in a way that achieves Congress’ intent to promote access and protect patients and build on FDA’s long-standing commitment to these important goals,” he wrote.

The Right to Try Act of 2017 doesn’t enjoy the full support of the medical community. The March 2018 issue of JAMA Internal Medicine included an editorial that called the federal right to try proposal “a wrong turn for access to investigational drugs.” Noting that 38 states already have passed similar laws, “fueled by emotionally charged anecdotes recirculated by libertarian political activists,” the authors warned that “eliminating the FDA’s review of expanded access is perilous.”

“Most of the drugs that succeed in Phase I trials turn out to be too unsafe or ineffective for clinical use. Phase I trials are intended to find a reasonable dosage of a drug in a small number of subjects, who may not even have the disease in question,” the authors explained. “About two-thirds of successful Phase I drugs will fail as they proceed to Phase II, and even more will fail at Phase III. Given the low odds that an investigational drug will succeed, patients benefit from the agency’s review. Under expanded access, the FDA does not set a threshold for when patients may access investigational drugs: the agency has permitted access to products that are in Phase I testing, and [as] well as in preclinical (nonhuman) testing. Such a case-by-case approach is appropriate and should be retained.”

Shortly before the House vote, a coalition of more than 100 advocacy groups, which included the American Cancer Society Cancer Action Network, the American Lung Association, and the American Society of Clinical Oncology, sent a letter to lawmakers expressing “strong opposition” to the bill, lamenting the lack of strong oversight and transparency mechanisms.

“We reiterate our concern with creating a secondary pathway for accessing investigational therapies outside of clinical trials. This pathway removes FDA approval and consultation and would not increase access to promising therapies for our patients because it does not address the primary barriers to access,” the coalition wrote. “FDA’s expanded access program, though imperfect, facilitates access to investigational therapies for over a thousand patients facing serious and life-threatening conditions each year. FDA repeatedly approves over 99% of requests while sometimes making important dosing and safety improvements to proposed expanded use. Conversely, it is oftentimes the pharmaceutical company that denies access to its investigational therapy outside of its clinical trials for any number of reasons.”

For much more on this subject, be sure to check out future issues of IRB Advisor and Medical Ethics Advisor.