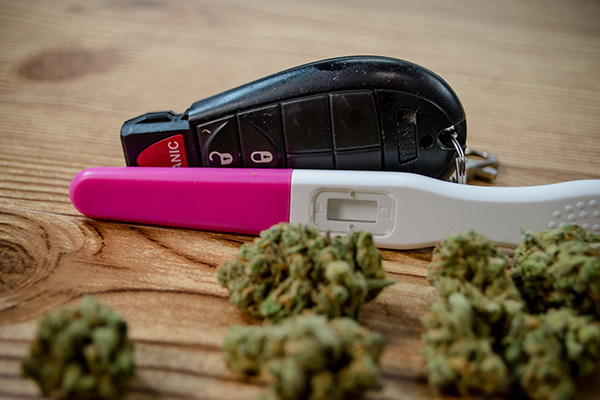 Marijuana Use and Pregnancy

By Using In Vitro Fertilization, Pregnancy Rates Can Approach Those in Fertile Women

SYNOPSIS: A group of investigators posing as pregnant patients called marijuana dispensaries in Colorado to determine whether the stores’ staff recommended it for nausea and vomiting, if there were risks in pregnancy, and if providers should be consulted. The results were enlightening.

Legalization of marijuana has been a highly charged subject. Certainly its use in pregnancy has been no less controversial. Recently, there has been a growing public impetus, now backed by some legislators, to legalize marijuana as a medicine and, in some states, to allow its recreational use. Like smoking and alcohol, the universal admonition has been to apprise the pregnant consumer of its possible risks through product labeling, public education, and their providers.

Marijuana has become a vibrant industry in Colorado and, seemingly, on every few blocks there is a store displaying a green sign. A team from the University of Colorado decided to query the type of upfront information provided by marijuana dispensary staff members to prospective pregnant users. The authors called 465 dispensaries and obtained useful information from 400. The mystery callers, posing as eight-week pregnant patients, recorded the interactions with the staff members answering the calls. Employees were asked whether they had products that were “recommended for morning sickness.” Even if the employee said it was against the company policy to make recommendations and then went on to do so, this represented an affirmative answer. The callers’ script also included asking about any known fetal or maternal risks and whether they should check with their medical providers.

Sixty-nine percent recommended its use for morning sickness and 36% said it was safe to use in pregnancy. Although only 32% initially recommended that the callers check with their doctors, 81% eventually did so with prompting. According to one dispensary employee “after eight weeks, everything should be good with consuming [marijuana] like alcohol and weed and stuff, but I would wait an extra week.”

The study addresses the information provided by dispensaries to those wrestling with nausea and vomiting in pregnancy. Fortunately, most dispensary employees eventually defaulted to an “ask your doctor” response. However, the bulk of pregnant buyers of marijuana are recreational users who may not be asking their provider for advice. Those doing so probably will elicit widely varying, and sometimes biased, opinions. Here is an attempt to lay out a brief objective summary of the possible risks of marijuana in pregnancy.

The marijuana plant contains up to 100 cannabinoids, some of which mimic endogenous cannabinoids acting in the brain through cannabinoid receptors. The two ingredients of greatest interest are tetrahydrocannabinol (THC) and cannabidiol (CBD). THC acts on CB1 receptors responsible for the euphoria or “high” that most marijuana users seek. CBD acts through its effect on serotonin, and not generally through CB1 receptors. There is low- to moderate-quality evidence for its medicinal properties, which include suppression of nausea and vomiting (generally for patients undergoing chemotherapy), pain modification, anti-seizure activity, and anti-inflammatory properties. It also can temper some of the unwanted psychotropic effects of THC.

Pure weed contains varying amounts of THC and CBD, but through the miracle of modern chemistry, it is possible to adjust the levels of each in many manufactured ingestibles and inhaled products. The weed that the Woodstock and Haight-Ashbury generations smoked contained only about 2-4% of THC. Now, through selective engineering of the marijuana plants, the THC can be jacked up to 15% concentrations, and some concentrated extracts now can contain more than 50% THC. For those only wanting the possible medical benefits of marijuana, the ratio of CBD/THC can be adjusted in vapes to above 10 to 1.

The main maternal risk is the same as it is for a nonpregnant user: addiction. Marijuana dependence is thought to occur in 2.7 million individuals in the United States and affects about 9% of users — compared with the 15% of the population addicted to alcohol.1 However, addiction is far less common in new or occasional users, and is unlikely to happen in pregnant users only seeking relief from nausea and vomiting.

It is very difficult to sort out the fetal risks of marijuana in the animal model because of difficulties in creating experimental methods analogous to the human experience. Also, based on the nonuniformity of products consumed or inhaled by chronic users, whom most observational studies have targeted, it is difficult to apply the results to those seeking relief from nausea and vomiting. By necessity, investigations have compared the effect of marijuana on pregnancy outcomes between users and nonusers, with the former more likely to expose their fetuses to confounding variables such as cigarette smoke (active or passive) and alcohol. Also, marijuana users often come from different socioeconomic backgrounds and have different nutritional habits than nonusers. Nevertheless, some studies have shown children exposed in utero performed more poorly in visual problem-solving, motor coordination, and attention deficits compared with unexposed controls.2,3,4 This has concerned some investigators because of the possibility that over-exposing developing brains to cannabinoids may interfere with neuronal migration. Other possible effects are a slightly increased risk of stillbirth5 (but not perinatal death),6 low birth weight in those using it more than once a week,7 and preterm birth (mostly in those who also are cigarette smokers).7 A few older studies have not shown any differences in adverse outcomes.8,9 Most studies did not show an association with anomalies, although one study did find a higher rate of anencephaly (but marijuana users are less likely to take folic acid during fetal organogenesis).10

Since providers have been handed the marijuana advice baton, what can we say about its use in pregnancy? Based on the data at hand, it would be hard to prove that marijuana in pregnancy is innocuous, especially in a chronic user. Therefore, despite the “yes, but” confounders engrained into many of the studies, a cautious approach is warranted. However, it is far easier to tell the recreational user (as suggested by American College of Obstetricians and Gynecologists)11 that any evidence of possible harm should make abstaining during pregnancy the obvious option, than to forcefully advise against its use in a patient who says that it is the only “medicine” she has tried, or been prescribed, that relieves her debilitating, and often dangerous, hyperemesis. Under these circumstances, one must wonder whether the possible risks outweigh its benefits.

Can Hormone Therapy Prevent the Development of a ‘Dowager’s Hump’?