Home » Are There Risks With Early-term Birth?
ABSTRACT & COMMENTARY

Are There Risks With Early-term Birth? 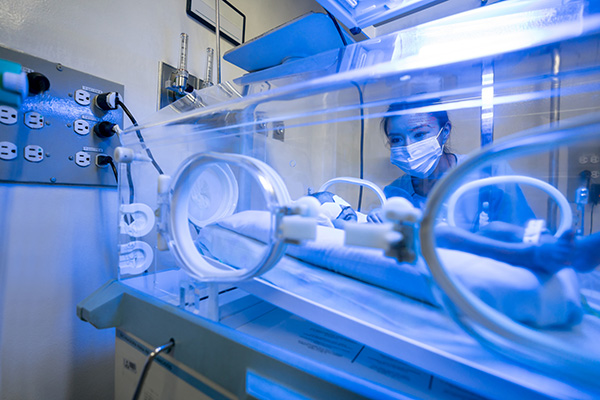 Long-term Multivitamin Use in Older Men: Are There Benefits for the Brain?

Predicting Sudden Cardiac Death in Women with CAD: Are We There Yet?

Are you concerned about infection, infertility risks with IUD? You can relax

SYNOPSIS: The authors of a multicenter study suggest that composite neonatal outcome is worse when pregnancy is interrupted in uncomplicated pregnancies at 37 to 38 weeks, even with documented fetal lung maturity, compared to pregnancies delivered at full term (39 to 40 weeks).

In a blockbuster study that was covered in the April 2018 issue of OB/GYN Clinical Alert, Grobman et al suggested that intervention at 39 weeks in well-dated, seemingly normal pregnancies improves perinatal outcome.1 So, why not push back the envelope further to 37-38 weeks?

These researchers at the Eunice Kennedy Shriver National Institute of Child Health and Human Development Maternal-Fetal Medicine Units Network evaluated data from 11,502 patients in 25 hospitals from 2008 to 2011, where, on occasion, patients were induced between 37 and 38 weeks for no obvious indications other than having a positive amniotic fluid test for fetal lung maturity. Tita et al compared neonatal outcomes with 47,957 full-term births in the overall patient population of uncomplicated pregnancies. Fetal pulmonic maturity testing was conducted on 180 of the early-term “normal” patients and they were delivered. The authors studied a variety of adverse outcome measures, including continuous positive airway pressure (CPAP), transient tachypnea of the newborn (TTN), sepsis, hypoglycemia, hyperbilirubinemia, and five-minute Apgar scores < 7. Other variables included newborn intensive care unit (NICU) admission and the need to stay there longer than two days.

Term has been defined as a pregnancy lasting more than 36 weeks. This has been divided into early-term (37 to 38 weeks) and late-term (39 to 40 weeks) segments. The data from Grobman et al dealing with late-term pregnancies unexpectedly showed that delivery at 39 weeks not only was safe, but also was associated with better outcomes compared to expectant management in late-term normal pregnancies.1

However, the study by Tita et al regarding early-term deliveries should give pause to anyone wishing to stray into the land of uncomplicated early-term pregnancies with this approach — even if there is documentation of pulmonary maturity.

It was surprising that during the study period, as many as 259 uncomplicated early-term patients had amniotic fluid testing for pulmonary maturity and that the 180 who tested positive delivered early. Some of these patients even took steroids for good measure (again, with a positive test). Despite the loaded hand, infants of these patients trended toward having more respiratory distress syndrome and a significantly enhanced chance of having TTN, along with other non-pulmonic adverse neonatal events. One must wonder if there really was something different about these overtly “normal” fetuses and infants who were targeted for early delivery. Nevertheless, the results of this study strongly imply that tinkering too much with the length of pregnancy does not seem to pan out.

Are There Risks With Early-term Birth?