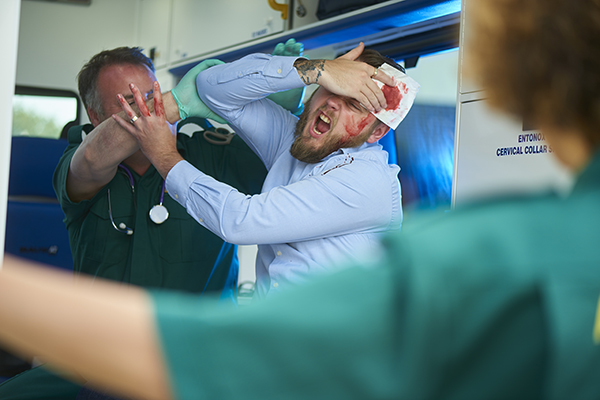 Under the Gun: Hospitals must Respond to Violence Against Health Care Workers

The Undefeated: Healthcare Workers Hold the Line Against Pandemic

A new resolution introduced in Congress Friday could lead to mandates that would protect all healthcare workers from on-the-job violence.

The Workplace Violence Prevention for Health Care and Social Service Workers Act would direct OSHA to issue standards that would require social service and healthcare employers to create and implement workplace violence prevention plans that protect workers from violence.

“We expect healthcare and social service employees to care for us in our times of need, but we know that each year, these men and women are faced with rising rates of violence, often from patients and their families,” Rep. Joseph Courtney, D-CT, the resolution’s primary sponsor, said in a statement. “This legislation compels OSHA to do what employees, safety experts, and members of Congress have been calling for years – create an enforceable standard to ensure that employers are taking these risks seriously, and creating safe workplaces that their employees deserve.”

In 2013, Courtney asked the Government Accountability Office (GAO) to study workplace violence in healthcare and offer recommendations for prevention. In 2016, the GAO released its report, which revealed troubling trends. Among other findings, the agency noted that private sector healthcare workers in in-patient facilities experienced workplace violence-related injuries requiring days off from work at an estimated rate at least five times higher than the rate for private-sector workers overall.

In addition to 20 congressional cosponsors, Courtney’s resolution has received support from the nation’s large labor organizations, including National Nurses United.

“Right now, healthcare and social service employers are not doing enough to prevent the violent incidents that nurses and other workers experience daily. Under the proposed federal standard, employers would need to assess and implement interventions that can reduce violence—for example, affixing furniture and lighting so they can’t be used as weapons," Jean Ross, RN, co-president of National Nurses United, said in a statement. “It’s so important for nurses, doctors, and other healthcare and social service workers to be directly involved in the development and implementation of these plans, because employees know best the risks we face on the job. We applaud Rep. Courtney and the other co-sponsors for listening to the concerns of workers and moving forward with legislation that will prevent injuries and save lives.”

For nurses looking for even more content, try Episode 4 of Relias Media’s new podcast series, “Rounds With Relias,” an in-depth discussion about nurse retention and challenges facing the profession.