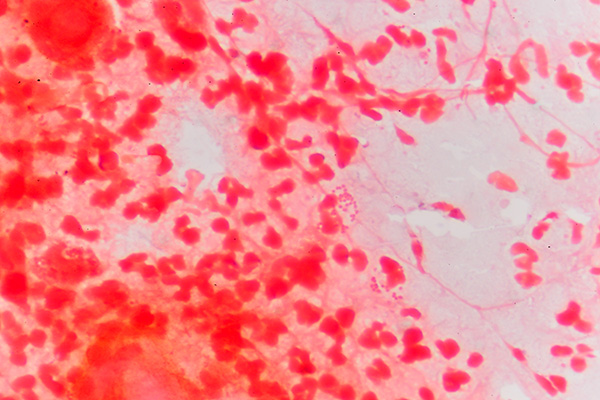 Researchers are investigating a rapid test that not only checks for gonorrhea infection, but also signals if a particular strain is antibiotic-resistant. On another front, scientists report that one dose of a developmental oral antibiotic proves effective in treating uncomplicated genital infections caused by gonorrhea.

What will it take to help clinicians stem the rising tide of gonorrhea? Public health reports indicate the incidence of gonorrhea in the United States has jumped by 67% from 2013 through 2017, while the antimicrobial resistance of Neisseria gonorrhoeae has increased.1,2

Potential tools to fight gonorrhea are in development. Researchers are investigating a rapid test that not only checks for gonorrhea infection, but also signals if a particular strain is antibiotic-resistant. On another front, scientists report that one dose of a developmental oral antibiotic proves effective in treating uncomplicated genital infections caused by gonorrhea.3

The National Institutes of Health recently awarded a $5.1 million grant to a team of Johns Hopkins University (JHU) scientists to develop a device that not only rapidly tests for gonorrhea, but detects if a bacterial strain is resistant to antibiotics. Jeff Wang, PhD, a professor in JHU’s Whiting School of Engineering’s Department of Mechanical Engineering and member of the school’s Institute for NanoBioTechnology, is heading the investigation. Researchers from JHU’s Whiting School of Engineering and School of Medicine, the World Health Organization, GE Global Research, and Stanford University also are involved in the inquiry.

“Our diagnostic tool will help physicians personalize treatments to individual infections rather than using the current uniform approach, which is thought to significantly influence antimicrobial resistance,” Wang said in a press statement.

The device will perform an analysis of the organism’s observable characteristics and behaviors, and look at specific DNA markers to assess its susceptibility to antimicrobials, Wang explains. The analysis results will determine whether a patient has an infection, which medications would work best to treat the infection, and the minimum amount of medication needed for treatment, he said. The device now in development will cut testing time to one hour or less, meaning patients can get their results quickly and can begin treatment almost immediately.

Charlotte Gaydos, DrPH, MPH, MS, professor of medicine in the Division of Infectious Diseases at the Johns Hopkins University School of Medicine, calls the device a “game changer.” By receiving fast results and understanding resistance susceptibility, clinicians can create more precise therapy, she noted in a press statement. Testing also can determine whether antibiotics that are not currently listed in guidance, but that were recommended by the Centers for Disease Control previously, will work. This will allow clinicians to reserve stronger medications for cases in which they are truly necessary, she explained.

The trial, conducted between November 2014 and December 2015, involved 179 participants (167 men and 12 non-pregnant women) from New Orleans; Seattle; Indianapolis; Birmingham, AL; and Durham, NC. Patients ranged in age from 18 to 55 years. The study participants had symptoms of uncomplicated urogenital gonorrhea, had urogenital gonorrhea that was untreated, or had sexual contact with a person who had gonorrhea within 14 days before study enrollment. The researchers randomized the participants to receive one 2- or 3-gram dose of zoliflodacin orally or an injected 500-mg dose of ceftriaxone. Six days after treatment, researchers evaluated 117 per-protocol participants. Among these participants, 98% (48 of 49 participants) of the ones who received 2 g of zoliflodacin, 100% (47 of 47 participants) of those who received 3 g of zoliflodacin, and all (21 of 21) of those in the ceftriaxone group experienced cure of their urogenital gonorrhea, according to culture results. Although the investigational drug cured all of the rectal gonorrheal infections (4 of 4 participants receiving the 2-g dose and 6 of 6 participants receiving the 3-g dose), it did not prove as effective against gonorrhea infections of the throat, scientists report.3

The U.S. Food and Drug Administration (FDA) has given zoliflodacin fast-track status for development as an orally administered treatment for gonococcal infections. Investigators plan to initiate Phase III testing of the drug in the Netherlands, South Africa, Thailand, and the United States in 2019.

It is “imperative” to develop an affordable, effective oral treatment option for gonorrhea, as the bacteria has become more resistant to antibiotics, says Jeanne Marrazzo, MD, division director of the University of Alabama at Birmingham Division of Infectious Diseases. Marrazzo served as a co-author of the current paper.

“As researchers and clinicians, we are excited that zoliflodacin offers a viable treatment option for the majority of uncomplicated urogenital and rectal gonococcal infections,” said Marrazzo in a press statement.

With Reclassification and New Name, Doors May Open for Internal Condom