Home » Mental Health Crises and Suicide Rates on the Rise

Mental Health Crises and Suicide Rates on the Rise 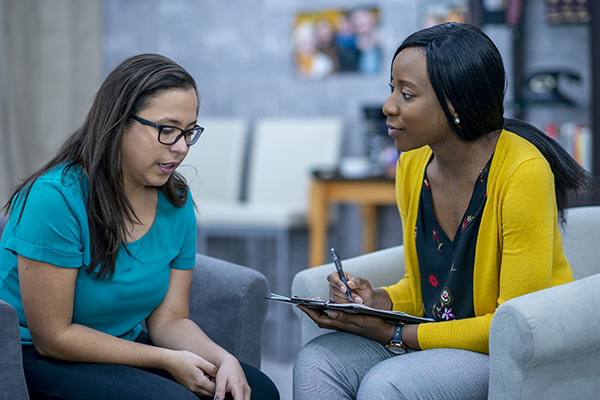 U.S. Obesity Rates on the Rise

The United States is experiencing a suicide and mental health crisis that national data show is worsening. At least one county in Pennsylvania developed a crisis intervention strategy that attracts people who might not call into a hotline.

• A new text message crisis intervention program has attracted 12,000 texts from about 400 people.

Case managers throughout the care continuum increasingly are focusing on sociobehavioral health issues, helping patients prevent problems. But more Americans are dying from mental health crises than ever before.

In response to the growing crisis, one organization created a crisis intervention strategy that supplements behavioral health services and a call-in crisis line.

“We have a very active suicide prevention effort, and as the rest of the country is experiencing it, we have a crisis in suicides with a peak of 72 suicides several years back,” he says.

“The key to reducing the amount of completed suicides is persistently and constantly getting the message out,” he adds.

Call-in interventions work, but more needed to be done. Michalik met with a crisis intervention director from Services Access & Management in Reading to brainstorm for ideas on how to reach more people.

“We have a large Latino population, and we needed to find a way to reach out to everyone,” Michalik says.

The idea came to him when he was at a conference and trying to reach his daughter. She didn’t take his call, but when he texted her, she got right back to him. The new crisis intervention strategy uses texting, and it works: “Adults are using it. Kids are using it. Parents are using it,” he says.

Texting is a strategy to help start a conversation with people who might be experiencing a crisis and are afraid to call for help or to seek out mental health services.

“Our goal is always face-to-face contact,” Groh notes. “Let’s talk with or see someone so we can best assess how the person’s doing.”

But texting is an easy way for someone to ask questions or seek help. They could be standing in line or sitting in class and send a quick text.

“It removes so many barriers to access to service,” Groh says.

The county carved out existing funds to pay for the texting program. Since it began two years ago, there have been 12,000 individual texts from close to 400 unique users.

The people who texted likely were not comfortable making a phone call, and many of them had not been served previously by crisis intervention staff, Groh says.

“We’ve published this texting line by purchasing billboards and electronic ones where the messages change. We’ve gone on radio talk shows and TV and been in newspapers,” Michalik says. “We have disseminated the texting line and information line all over the place. It’s designed to serve residents from Berks County, but sometimes we snag other people and hook them up with the proper place for help where they live.”

Full-time, trained crisis staff members respond to the walk-ins, calls, and text messages. Berks County requires face-to-face crisis intervention to be the goal, while phone discussions can be used for informational and referral purposes, Michalik says.

“It’s hard to assess people over the phone,” he explains. “You can’t tell what they’re doing or thinking.”

Crisis intervention professionals are trained to use phone calls and text messages as a tool to set up a meeting with the caller or person who sent the text.

Through this anonymous encounter, a crisis interventionist can ask if the person would like to meet in person and talk further about what’s going on.

“If they refuse to meet with us, they don’t have to, but we’ve had good results with this,” Michalik says.

Since the texting crisis intervention strategy began, Groh has found that most people who text the crisis texting number do not say they are suicidal. Typically, the person sending the text acknowledges experiencing depression.

“The reasons most often given for reaching out through a text are anxiety, depression, and family problems,” Groh says. “They just want to be heard. If they have anxiety, they want to be reminded of coping skills.”

It helps people to know that someone is focusing attention on their own concerns and provides reassurance without judgment, she adds.

One sign of the texting intervention’s success is that users overwhelmingly support it.

“Over 96% say they’d use the service again, which is huge,” Groh says. “We can’t always give people what they want or desire, but if they’ll use it again, we’ve at least met some of their needs.”

Mental Health Crises and Suicide Rates on the Rise

Keep an Eye Out for Noncompliance Red Flags