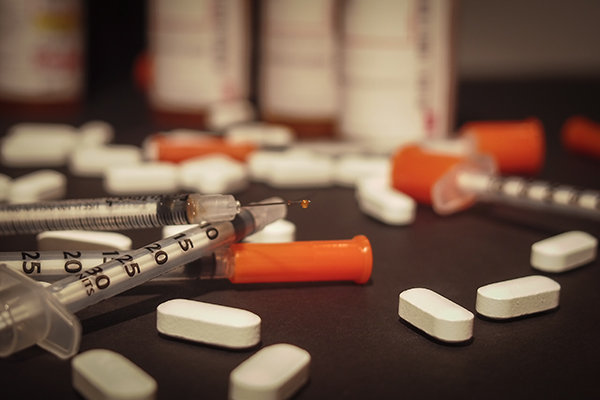 Although focusing on reducing the number of needless prescriptions written for opioids is important, the results of an investigation published earlier this month suggest this tactic alone will not be nearly good enough to dramatically reduce opioid-related deaths in the United States.

Using data from the National Survey on Drug Use and Health (NSDUH) and the CDC that was collected between 2002 and 2015, researchers conducted a systems dynamic model study. In this mathematical model of the U.S. opioid epidemic, investigators reproduced observed trends in opioid misuse and opioid overdose deaths in the United States from 2002 to 2015. Then, they used the model to project outcomes of simulated individuals who engage in nonmedical prescription or illicit opioid use from 2016 to 2025.

“Across all interventions tested, further lowering the incidence of prescription opioid misuse from 2015 levels is projected to decrease overdose deaths by only 3.0% to 5.3%,” the authors wrote. Even under the most optimistic projected scenarios, the investigators found that the number of opioid-related deaths in 2025 would outpace the reported 2015 figures.

“This study’s findings suggest that interventions targeting prescription opioid misuse such as prescription monitoring programs may have a modest effect, at best, on the number of opioid overdose deaths in the near future,” the authors concluded. “Additional policy interventions are urgently needed to change the course of the epidemic.” They suggested improving access to treatment, expanding harm-reduction interventions, and lowering exposure to illicit opioids.

Two recent episodes of the ongoing Rounds With Relias podcast series center on opioids. In one episode, an insider provides practical advice for reducing drug diversion at healthcare facilities and protecting patients. In another episode, listeners can learn how leaders in the field are working to combat the crisis and how providers can avoid burnout while treating this deadly epidemic.

In addition to Relias Media’s expansive book, The Opioid Epidemic 2018: Policies, Treatments, Alternatives, our writers continue investigating the battle from many angles in our subscription publications. In the upcoming March issue of ED Management, author Dorothy Brooks explores how small, rural facilities, often hamstrung by a lack of access to resources, are finding innovative ways to help patients presenting with addictions.

When it comes to prescription opioids, some states are collecting more data to learn what is happening and address the root causes. To learn about such a program in Ohio, check out the upcoming March issue of Same-Day Surgery.

Certainly, healthcare providers are looking to reduce opioid-related deaths by focusing less on mindlessly writing prescriptions and turning their attention instead to pain management alternatives. For example, in the upcoming March issue of Hospital Case Management, author Melinda Young talks to case managers who are turning to physical therapy to help patients alleviate chronic pain.