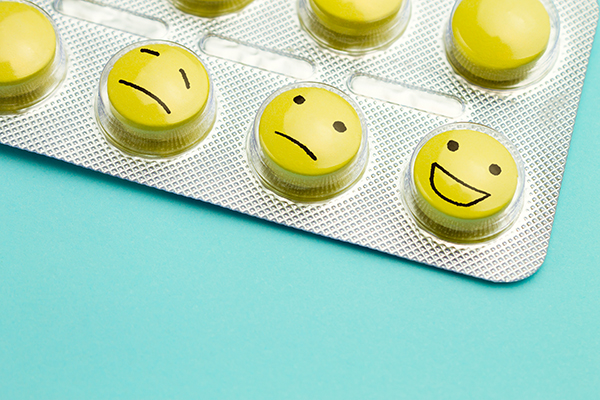 Desmopressin Nasal Spray for Treatment of Nocturia: Proceed with Caution

The FDA has approved a nasal spray solution to treat depression in adults who have tried other antidepressant medications without success.

The nasal spray is esketamine, the s-enantiomer of ketamine, which is itself a mixture of enantiomers (or mirror image molecules) used often in critical care settings for pain relief and sedation.

Investigators tested the efficacy of the nasal spray in three short-term clinical trials and one longer-term maintenance-of-effect trial. In one of the early short-term studies, the authors recruited 68 subjects and randomly assigned them to one of two groups: receiving esketamine or placebo twice a week for four weeks. All participants received treatment with antidepressants throughout the study period. Investigators studied effects at four hours after first treatment, again at 24 hours, and finally at 25 days.

In the esketamine group, participants exhibited improved depression scores and less suicidal ideation at four hours and at 24 hours vs. placebo. However, investigators did not observe greater effects with esketamine vs. placebo at 25 days. The authors concluded that esketamine could be used as a short-term solution to fill the gap that exists because of the delayed onset of many common antidepressants.

While this breakthrough is an interesting development, ketamine has been known for its misuse, abuse, and even addictive properties. In a study published last summer, researchers explored the relationship between ketamine’s antidepressant effects and opioid receptor antagonism. They conducted a randomized, double-blind, crossover trial that included subjects with treatment-resistant depression. Subjects received either naltrexone or placebo before receiving an infusion of ketamine.

The authors observed that naltrexone blocked ketamine’s antidepressant effects (but not dissociative effects). In an accompanying editorial, author Mark George, MD, worried that this use of ketamine might just replace one problem with a different problem.

“We would hate to treat the depression and suicide epidemics by overusing ketamine, which might perhaps unintentionally grow the third head of opioid dependence. With these new findings, we should be cautious about widespread and repeated use of ketamine before further mechanistic testing has been performed to determine whether ketamine is merely another opioid in a novel form,” George wrote. “If ketamine does indirectly activate opioid receptors, it could even have positive effects in approaching the opioid as well as the other epidemics. In any case, we need to better understand ketamine’s mode of action and how it should best be used and administered.”

In a nod to concerns about misuse and abuse, the FDA issued several caveats with its approval. The nasal spray will be available only through a restricted distribution system. Patients must use the spray in a medical office under the close supervision of a doctor. Patients will not even be allowed to take the spray home. Additionally, medical practitioners also must provide patients with plenty of detailed education about side effects and other safety warnings.

"There has been a long-standing need for additional effective treatments for treatment-resistant depression, a serious and life-threatening condition," Tiffany Farchione, MD, acting director of the Division of Psychiatry Products in the FDA's Center for Drug Evaluation and Research, said in a statement. "Controlled clinical trials that studied the safety and efficacy of this drug, along with careful review through the FDA’s drug approval process including a robust discussion with our external advisory committees, were important to our decision to approve this treatment.”

“Ketamine has an acceptable safety profile with a wide dose-adverse effect ratio and is the anesthetic of choice in settings in which there may be a paucity of resources,” Sharma writes. “The major indications for use of ketamine in the ICU are analgosedation (a single drug for both analgesia and sedation) and induction of anesthesia around the time of endotracheal intubation.”

For more information about the esketamine nasal spray, be sure to check out future "Pharmacology Update" columns in Internal Medicine Alert.